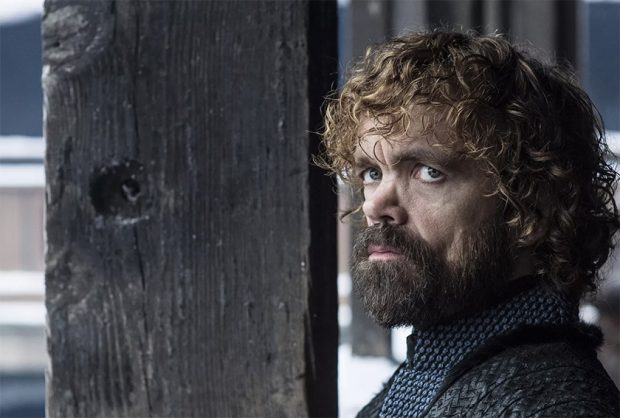 American actor Peter Dinklage played the complex and compassionate Tyrion Lannister in HBO's massively successful "Game of Thrones," which concluded in May.
T

here’s a telling moment in the fourth season of the recently concluded HBO medieval fantasy series “Game of Thrones” in which the charismatic Oberyn Martell almost offhandedly informs Tyrion Lannister that seeing him for the first time ranked among the great disappointments of his youth. Tyrion Lannister, the youngest of the Lannister siblings, a dwarf whose delivery caused his mother’s death, was a celebrity from birth, but for all the wrong reasons. The birth of a child affected with dwarfism had generated fast-spreading tales about the birth of a monster with “a tail between his legs, claws, one red eye.” A freak that inflamed the imagination of the entire community and all wished too see.

But when teenaged Oberyn was finally introduced to baby Tyrion by Tyrion’s sister Cersei, all he saw was a slightly disproportioned infant who was otherwise perfectly normal.

“Your head was a bit large. Your arms and legs were a bit small, but no claw. No red eye. No tail between your legs. We didn’t try to hide our disappointment. ‘That’s not a monster,’ I told Cersei. ‘That’s just a baby.’”

If you love Shakespeare, it’s hard to listen to Tyrion Lannister without thinking of “Richard III.” Not because Tyrion resembles Richard III, but because he does not.

Unaware of the social constructs that ruled the adult world, the then-adolescent Oberyn saw baby Tyrion for what he was, and only many years later does he tell Tyron, and the audience, about the monster myths that circulated freely at the time.

Throughout its hugely popular eight-season run, “Game of Thrones”

made a narrative point of using, and sometimes abusing, cultural taboos. As anthropologists know all too well, men and women have made up stories about each other for millennia, in part to help assuage fears faced by human communities since the dawn of time.

Traditionally, communities tend to imagine themselves as homogenous and compact entities. They dread disruption and disorder. The agents of chaos can include incest, patricide, and the presence of a freak, whether that freakishness is physical or intellectual in character – or both. Anthropological evidence of such myths is a constant, regardless of location, throughout human history. Even casual viewers of the series — based on the writing of American fantasist George R. R. Martin— can see their imprint.

Consider Cersei Lannister’s incestuous relationship with her brother Jaime, or Jon Snow’s with his aunt Daenerys (a family tie he admittedly learns of very late). Think of Tyrion murdering his father (after indirectly causing his mother’s death). Think also of the monstrosity myth surrounding Tyrion.

In this regard, “Game of Thrones” is captivating but by no means original. Over the centuries story-tellers of all kinds, some acclaimed, others anonymous, have explored these themes. The more well-known include Richard Wagner, J.R.R. Tolkien, Gabriel García Márquez, Anne Rice, and, of course, William Shakespeare.

In “Game of Thrones,” the Shakespearean echoes are almost deafeningly persistent. Tyrion Lannister is arguably the most Shakespearean character of all. If you love Shakespeare, it’s hard to listen to Tyrion without thinking of “Richard III.” Not because of Tyrion’s resemblance Richard III, but because he does not.

Richard III is one of Shakespeare’s most vicious tyrants, whose physical deformity defines his very existence:

“I am deformed,” he says at the very start of the play, “spit out from my mother’s womb prematurely and so badly formed that dogs bark at me as I limp by them. I’m left with nothing to do in this weak, idle peacetime, unless I want to look at my lumpy shadow in the sun and sing about that.”

Regarded as a monster even by his own mother, the monarch turns his frustration into an insatiable appetite for power. As the play goes on, he becomes one of the cruelest and most unpleasant characters in the Shakespearean world.

A rendering of Shakespeare’s malformed and tyrannical Richard III.

Like Richard III, Tyrion has been berated from birth. His father and siblings hate him for being the cause of his mother’s death. The community, harping on deformity, sees him as a bad omen. When he is charged with murdering young King Joffrey, his nephew, he responds: “No, of that I am innocent. I am guilty of a far more monstrous crime. I am guilty of being a dwarf.”

He is told he is not being charged for being a dwarf. “Oh, yes, I am,” he replies. ” I have been on trial for that my entire life.

But this is where the similarities between the two characters end.

Tyrion Lannister is, in fact, an anti-Richard III. Off-setting Richard III’s arrogance and sense of entitlement, Tyrion demonstrates benevolence and compassion – think only of the way he treats Sansa Stark when she is forced to marry him. If Richard III wallows in self-pity, Tyrion revels instead in ironic self-deprecation, humor, and sometimes bitter cynicism. He is in every sense self-aware and often deeply insightful.

“I have a realistic grasp of my own strengths and weaknesses,” he tells Jon Snow. “My mind is my weapon. My brother has his sword, King Robert has his war hammer, and I have my mind… and a mind needs books as a sword needs a whetstone, if it is to keep its edge. That’s why I read so much…”

If Jon Snow embodies the moral core of the story, Tyrion Lannister is undoubtedly the voice of reason, often delivered in a humorous or sarcastic way,

Eventually, he becomes the mastermind, choosing Bran, crippled seer that represents the memory of all humanity, as the new king. A king that cannot have descendants, hence putting an end to hereditary monarchy in Western monarchies that have known little but blood-letting. Even for a show well-known for subverting expectations, Tyrion’s smart political choices have yet again left me astonished.