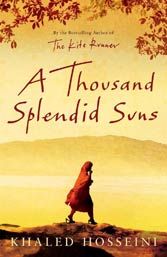 This is one of those rare occasions when an author’s second book outdoes the first. In the much-acclaimed “The Kite Runner,” Hosseini takes us into a pained father-son relationship in Afghanistan. In his new book he writes about two women, Mariam and Laila, both wives of Rasheed, an abusive man carrying out a desperate life in Afghanistan, from before the Soviet invasion to the toppling of the Taliban regime.

The book’s weak link is once again the objective charting of these dramatic historical changes, but it is more than compensated for by Hosseini’s fine story telling and gift for conveying emotions in all their subtlety and intensity. He shows us that only together can these women live and fight, mostly in silence. Although only one survives, they have both won back the dignity that has been so perishable in a troubled land.