A sense of Venice 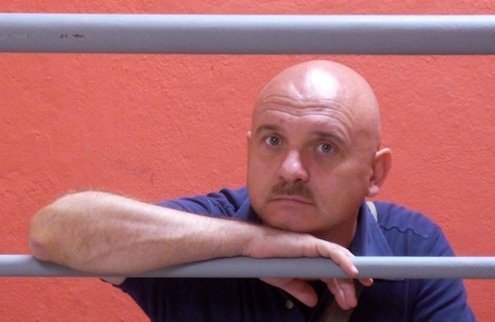 Novelist, poet and playwright Tiziano Scarpa insists Venice has nothing whatever to do with land.
V

enice-born novelist, poet and playwright Tiziano Scarpa scorns as nonsensical the idea that his city is the product of geology. Just look at an aerial photo, he says. You can see Venice is a fish, a colossal beached sole that swam the world’s waters for centuries accumulating myriad crevices and incrustations. Until one day — before history was invented — it chanced wearily upon a permanent, immutable repose in a northern Adriatic lagoon.

His idiosyncratic guide offers a slew of close encounters: with ornate and sumptuous palaces, with Gothic-inspired homes, with stone upon stone upon stone. Toss away your tourist map. Your first itinerary is called “just by chance,” and chance takes you through mazes, labyrinths and across weaving water routes.

For starters, beware your eyes. Wrap them in dark sunglasses. For Scarpa, every corner of the gloried city emits a radioactive beauty that can suddenly plunge you into deep coma. When it’s time a beauty coma, Scarpa needs only cast a glance at Carpaccio’s fresco cycle in the church of San Giorgio degli Schiavoni. It knocks him out.

So does walking in a car-less city. When you’re not on water, he says, your urban engines are your legs and feet. Venice motorizes and grounds them. Best shod in light shoes. No high-tech bouncy footwear allowed. They would neutralize the essential rocky-road effect of ancient maségni, the city’s omnipresent grey paving stones. Whatever way you’re going, the orthogonal shapes of the stones point you forward. Chipped with perilous holes and cracks, they keep your feet alert and shifty when navigating city’s shivering, slanting “streets,” calli.

Venice is unsettling, and surprising.

Remember this: beneath the pavement lies an even tougher surface — a hard, endless forest of upside down trees. To erect stone homes on a marshy lagoon bed, Venetians stuck literally millions of oak, beech, pine, and ash tree-trunks into the mud. They then covered these with platforms to erect buildings and pavements. This creates the grand illusion that Venice rises from its waters.

In this walker’s city, barges and small craft churn along slender side canals (rios). Vaporetti, gondolas, and traghetti crisscross the stunning Grand Canal. But hidden behind its four kilometers of eye-candy palaces are the thousand of islands that compose the living lagoon city. They’re interconnected through some 500 highly arched, often crooked stone footbridges. Up and down go the endless steps, and this is where legs and feet again join forces. As they do on the waterways. Stand on the open prow of a Grand Canal vaporetto and try maintaining your balance as waves and swift swerves bump your craft around. Scarpa dares you.

But back to the steps and stairs. The islands they connect are traversed by an infinite variety of Venetian byways classified by their width — calli, strettoie, viuzze. All twist you toward some fresh discovery. Follow a brusque turn into a sleepy ancient courtyard composed of three-storey homes that date to the Middle Ages. A small plaque on one building says Marco Polo lived here, and that the adventurer shipped out from a nearby port. Everywhere is variety; everywhere history.

Everywhere also is smell. Your nose is under constant assault. Scarpa lists a few frankly rank rios, and the unsavory fustiness whiffed along certain calli. But he prefers to attribute such odors the city’s nook-haunting spirits. Aren’t phantasms perceived through scent? Well then, Venice smells because it’s filled with the ghosts of Ernest Hemingway, Othello, Madonna Lisetta, Don Juan. Their legends permeate the air.

But an even stronger odor is that of succulent dishes. For one, the famous saor, cooked sardines marinated overnight in a boil of onions and vinegar and topped with raisins and pine nuts. Scarpa picks his culinary highlights in a section dedicated to the mouth.

Don’t miss the chapters on hands (Venice is a Braille rail), heart (a tough city for lovers), face (masks and Carnival), and ears. Several addenda include speculations on the crushing, somnolent effect the city’s pulchritude has on its natives. Isn’t that what makes them so calm, these “Serenissimi”? Catch his instructions on “How to Protect Yourself from Beauty,” and a cautionary mini-play titled “Killer Stones.”

Scarpa’s sensual, down-to-earth take on his hometown contains a trove of unusual local lore and legend. It’s a fresh and effervescent approach to the lagoon city, and a timeless one.