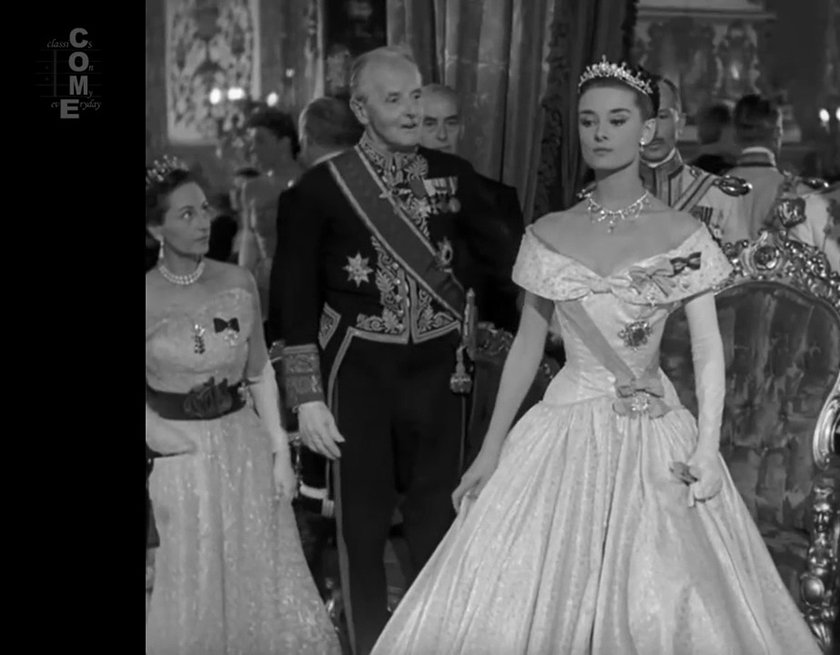 very once in a while, my graduate journalism school posts an article about the Italian aristocrat Beatrice Borromeo Casiraghi, a fellow alumna. I’m always drawn in. She attended the school a few years after me. I wonder: Did she also pull all-nighters in the computer lab? Did she, like me, go to Orens Coffee on her way to class, or Morton’s across the street for groceries?

Apparently, she specialized in broadcast journalism, has since worked for RAI, Italy’s state TV, and is also a human rights activist. She’s also modeled and is an ambassador for the French luxury brand Christian Dior. But I have to admit that her professional endeavors interest me less than the fact that she’s part of the European nobility, a subject I’m somewhat curious about. While I have little taste for celebrity news, I’ll reach for an article on the British royals while waiting in line at the grocery store. Months ago, I came across an article about another pair of Italian royals — they had gotten married and had a son in their fifties.

Giuseppe looked into my eyes and said emphatically, Anyone can be noble.

Growing up in America, the aristocracy meant little to me. I vaguely recall watching the royal wedding on television — of Princess Diana and Prince Charles — and later knowing that there were heirs to the throne around my age. But it wasn’t until I moved to Italy after college that I realized that aristocrats extended across Europe. My then Italian boyfriend, Giuseppe, gave me a short education in all things aristocracy. After all, he was part of it. His father’s family hailed from Spanish nobility that settled in the area of Calabria called Capo Vaticano, a gorgeous and rugged promontory overlooking the Tyrrhenian Sea.

We journeyed there once during the New Year, to clean off his family’s gravesite, which included a tiny chapel. Giuseppe worked with fastidious devotion as I wandered around, noting the differences from American cemeteries, where everyone had a tombstone, or at least a plaque on the ground. But at that cemetery, only the wealthy or important families had tombstones, and everyone else’s remains were stored in little drawers, one on top of the other.

But our cemetery trip was our only real contact with Giuseppe’s aristocratic line. For all practical purposes, the privileges of his bloodline had ended two generations earlier, with his grandfather, orphaned as a child and raised by two meddling aunts who apparently swindled the family fortune, including the land. Still, his grandfather became a scholar and university president. He instructed Giuseppe, as a toddler, to follow in his footsteps — which he did.

Sensing my growing interest, Giuseppe looked into my eyes and said emphatically, Anyone can be noble. I guessed that meant me. After all, I was kind and strong-willed. But part of me felt a little defensive. Like most Americans, my family hailed from European peasantry. Their journey to America was fraught with both hope and desperation, and they quickly absorbed New World democratic ideals.

A neighbor of mine was a count, who took daily walks with about a half dozen little dogs.

But Giuseppe’s inducement to be “noble” also flattered me. I felt found. Growing up, I’d been a kind, sensitive child. I shunned cliques because I found them unfair, and I instinctively rooted for the underdog. These traits didn’t always win me popularity contests. If I was sweet, I was also seen as strange — more at ease with my teachers than my peers. Had I finally found my footing with an older, aristocratic teacher? I thought so, for a time. Much in the way that studying or living abroad gifts you with a different lens through which to look at the world — and yourself.

When I moved back to America, I thought I’d left any pretense of nobility behind. But once, an editor, upon reading an essay I’d written about Giuseppe and me, suggested this title: How I Almost Became an Italian Princess. If catchy, it was also a little inaccurate; technically Giuseppe was a Marquis, one notch down from a Prince. So, if I’d married him, I would have been a marchesa. The essay’s title was also misleading, since I almost never mingled with actual Italian aristocrats. The Borghese family did own the palazzo where I worked, and occasionally strolled through; and a neighbor was a count, who took daily walks with about a half dozen little dogs.

Still, my conversations about nobility with Giuseppe marked me. His concept of nobility, if antiquated and idealized, lent me a certain moral stature, a way of moving in the world with both fortitude and compassion (distinguishable from the real-life behavior of some actual nobles). An otherworldly moral compass I put in my pocket, if nothing else, as an invisible souvenir.

About the Author: Kristine Crane