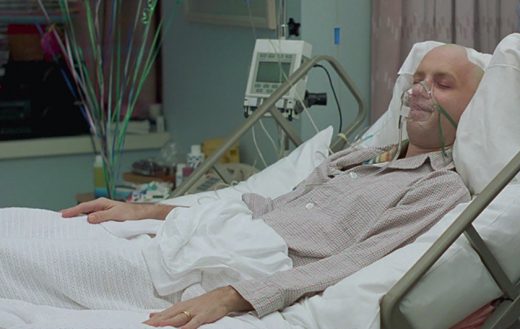 Tom Hanks' 1993 performance as an AIDS-stricken corporate attorney in the Academy Award-winning movie "Philadelphia" came at the height of the North American HIV scare that endured through that decade.
O

ur 25-year-old friend Nicolo came to dinner a couple of weeks ago. Suddenly, over pasta, he told my husband Alberto and me that he’d broken up with his boyfriend. I asked him what happened.

“You know I’m positive, don’t you?” he replied, referring to HIV.

“No, I didn’t. You’ve never said anything,” I responded as casually as I could.

“The problem,” he continued, “is that “I didn’t tell him either, and we had bare-back [unprotected] sex.”

The AIDS scare of the 1980s and 90s changed sexual thinking.

I felt all my muscles tighten. I came out in the early 1990s, in Toronto, when the AIDs crisis was still raging.

I remember thinking that if I had gay sex, I would probably contract AIDS and die. I was truly terrified, and I wasn’t alone in feeling that way. But the alternative, to remain in the closet and deny my sexuality, would have meant I was already dead.

I had watched firsthand as the disease transformed Lina, a woman I worked with on a research project, from her energetic and bubbly self into a walking skeleton. She died in six months. Not too long after, I watched Sammy perform in drag at a Latin club on a Saturday night. A few months later, I was visiting him at Toronto’s Casey House hospice. Sammy’s final request was a haircut and a plate of tiramisú, his favorite dessert. After that, he refused medication and stopped eating. Just before he died, his mother and sisters came from El Salvador to be with him.

I am convinced I’ve made it to age 60 because I heeded Chris Edward’s advice and always practiced safe sex.

About the same time, at Woody’s Pub, I ran into Chris Edwards, one of Toronto’s most beloved drag queens. “My dear boy,” she said, looking at me through her long false eyelashes, “assume everyone you have sex with has AIDS, and protect yourself accordingly.”

“And that,” she added, waving her painted nails, “includes your supposedly monogamous boyfriend.”

I am convinced I’ve made it to age 60 because I heeded Chris Edward’s advice and always practiced safe sex.

Men often don’t want to bother with a condom. Either they forgot to bring one (they say), or it’s seen as spoiling the moment. Some say the sex just doesn’t feel as good. Even the flimsiest of excuses will do to avoid using one, including the deeply misinformed belief that only gay people can contract HIV, and, in any case, new drugs, have all but canceled out the HIV threat.

Enrico was the love of Laura’s life. Though he was HIV-positive, the couple had unprotected sex. Enrico died in the early 1990s from complications related to AIDS, and Laura was left alone to continue. A couple of years ago — decades after Enrico’s death —Laura asked Alberto, a doctor, about a minor but suspicious health problem. As a young Italian doctor in the 1980s, Alberto and a colleague were among the first to conduct clinical research into AIDS, which they did in Milan’s San Rafael hospital. He also wrote a guide intended to explain AIDS to the Italian public. Alberto recommended that Laura get an HIV test. She tested positive and was devastated.

Alberto set up an appointment with a friend of ours who specializes in HIV patients, and after two years, Laura is better and is putting her life back on track. But make no mistake, she is on a heavy regimen of medication, must follow a special diet and make regular visits to her doctor, especially if she feels even slightly unwell.

HIV is her constant unwelcome companion.

Men often don’t want to bother with a condom. Either they forgot to bring one (they say), or it’s seen as spoiling the moment.

Back at the dinner table, Alberto looked at Nicolo. “You should have told him first,” he said, though his partner likely knew about the risks associated with unprotected sex.

It was my turn. “Did you eventually tell him?” I asked.

“Yes, said Nicolo, quickly adding, “but his chances of becoming positive are almost impossible because I have zero viral loads.”

It was all I could do to maintain my composure. “Why didn’t you tell him?”

Nicolo just shrugged. “Because I was afraid he’d leave me.”

And that’s exactly what happened.

“Now he won’t even speak to me,” Nicolo added, frowning.

I shook my head and spoke my mind. “Looks to me like he left you because you deceived him, not because you’re HIV positive.”

And yet another score for ignorance and stupidity.