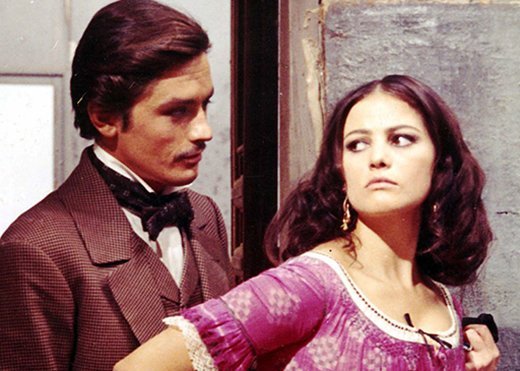 he detail that seemed to most often excite my friends when I told them I’d once lived in Italy was that I also spoke the language. “You’re so lucky!” they’d say. “Italian is so beautiful; so poetic and romantic.” In fact, all languages are beautiful and poetic. And the only romance I sensed in Italian was its romance language, or Latin, roots. Mostly, knowing Italian served as a useful tool, a daily plus that also came with many minuses. Speaking the language was the natural product of two decades in Milan.

But since I returned home I’ve revised this blasé view. I began missing parts of my personality that Italian helped express. I missed the freedom that came from not speaking my mother tongue. As a foreigner, I was excused from any mistakes I might make. My effort alone was good enough.

I missed colorful Italian “four letter words” and getting away with saying things I would not dare say in English.

I began missing parts of my personality that Italian helped express.

After my return, a neighbor repeatedly urged me to join the “Circolo Italiano” conversation group at our New Hampshire diner. For a while I avoided it. Eventually nostalgia got the better of me. As I feared, the encounters were much like speaking English to Italians. Halting conversations mostly centered on vacationing in Tuscany or carefully enunciated textbook phrases. I got little satisfaction from any of it. What I really wanted was to use slang and regional accents and words I missed. And I wanted to smell fresh-baked cornetti, not bacon and eggs.

My next attempt to assuage nostalgia came on Netflix, which offers the Italian TV crime show “Suburra: Blood on Rome.” At first it was like a lovely drug. I was all at once enveloped in Roman Italian. But the drug had a downside — as most drugs do. The violence was unwatchable.

I then saw that the Italian film “Dogman” was being featured at a local film festival. Without further investigation (beyond knowing of Matteo Garrone, a good director), I went. It was “Suburra” again; same drug and same downside.

Agony followed the Lampedusa ecstasy. My next audiobook was Gianrico Carofiglio reading one of his own mysteries. Not all authors are cut out to be narrators.

An Italian friend told me she’d recently re-read Natalia Ginzburg’s “Lessico famigliare.” This book was already on my mind because I had just finished a review of a recent English translation by Jenny McPhee (“Family Lexicon,” 2017, New York Review of Books Classic Original).

I usually avoid cult books. For Italians, the 1963 “Lessico famigliare,” along with Italo Svevo’s “La coscienza di Zeno,” ranked high on a list that in the U.S. was probably topped by J.D. Salinger’s “Catcher in the Rye.” But my friend’s comments, my mood, and the fact that the audiobook was read by famed actress Margherita Buy convinced me to give it a try.

Language, even its fragments, ties us fiercely to our roots and opens our memories.

“Lessico famigliare” reminded me of Italy of the 1980s, when I arrived. At the time, the prewar 1930s were closer in spirit than they were in the U.S. Children still wore Peter Pan collars and lederhosen. A wedding dress was made, not bought. Mine was created by the sartina — my mother-in-law’s seamstress. The shadow of Fascist-era anti-Semitism still hung over my husband’s Italian Jewish family, in which everyone was related to everyone else (and probably Ginzburg too). My Italian friends had legions of quirky relatives who furnished hours of gossip, very much like the kind in Ginzburg’s book. The complexities of history, relationships, and status in the provincial Milan I arrived in seemed straight out of Ginzburg’s portrayal of Turin in the 1930s.

In Ginzburg’s family of professionals, physicians, and scientists, I recognized my own. Her opinionated father could have been mine. Her mother, like my own, was haunted by a brother who had killed himself. Ginzburg’s childhood hikes in the Alps were eerily similar to the ones I inflicted on my own children.

Ginzburg’s family, like mine, was an independent city-state protected by a symbolic wall of prickly rigor — physical, moral and intellectual. At home, the family also had its own pet phrases and invented words. This is the “family lexicon” that gave Ginzburg’s book its title.

It also gave the book its cornerstone idea — how language, even its fragments, ties us fiercely to our roots and opens our memories.

When I moved to Italy, I couldn’t have understood that. Now that I’ve left Italy, I do. And nothing could have taught me better than my Italian audiobooks, especially “Lessico famigliare.”