A part of me is leaving 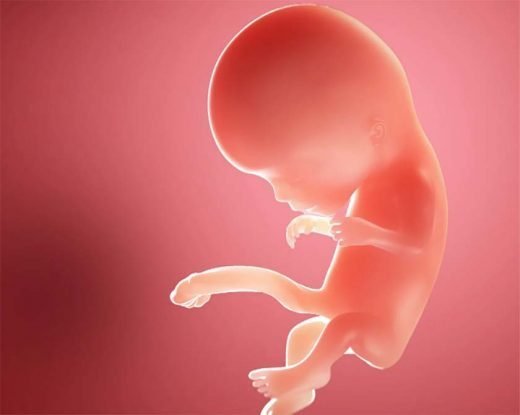 On the ultrasound, the doctor pointed out the head, heart, limbs, and hands. And yet…
I

t feels strange to mourn someone you’ve never met, but this is how I feel about the daughter that I carried for 13 weeks.

I was a little shocked to learn that I was pregnant. I’d felt some symptoms in early summer, but I had repeatedly written them off. I was visiting my father in Iowa, where I figured the plots of manure were causing my nausea. And that being home was making me moody — especially since “home” was not the house in the city that I’d known for three decades, but my dad’s new cabin in the countryside, amidst the largest Amish settlement west of the Mississippi.

The prospect of pregnancy left my mind as soon as it entered. After all, what were the odds? I’d just turned 43, and there was only that one time we hadn’t been careful. If I was pregnant with anything, I thought to myself, it was the book I’d been trying to write for the past decade.

“Well, you’re definitely pregnant,” my doctor told me, when I got back to Florida. Eleven weeks pregnant. On the ultrasound, he pointed out the head, heart, limbs, and hands. “See, he’s waving at you. ‘Hi, mom.’”

After all, what were the odds? I’d just turned 43, and there was only that one time we hadn’t been careful.

I’d been tense the whole appointment, but I finally broke into a smile. “I think it’s a boy,” I said.

When I got back to the parking lot, I found three large white ducks pecking at food left near my car. The sun was just beginning to set, and I marveled at nature’s strange and awe-inspiring ways. You’re a Mother Hen, I told myself.

I wasn’t actually thrilled to be pregnant. My partner and I certainly hadn’t been trying, and a second baby wasn’t in our plans. I responded breaking-news style, quickly forming a game plan and finding my own joy in the surprise.

But a week later, everything changed. As I drove to my appointment with the nurse — the routine “welcome to pregnancy” visit — I got a phone call from the doctor’s office. The blood work had come back abnormal. The fetus had a genetic abnormality called trisomy 13, a rare and severely debilitating condition that’s caused by an extra chromosome 13. Only about half of affected fetuses survive in utero; many of those that are born die within a few days. About 90 percent die within the first year.

Later that day, I had an in-depth ultra-sound of the fetus. The doctor pointed out its unusually wide neck, and how the brain hadn’t divided properly into two regions. “It’s amazing that there are more than seven billion of us on the planet,” she said, dramatically flinging her head back. “So much can go wrong.”

She was the same doctor I’d seen when I was pregnant with my daughter Julia, who looked so perfect on the scan that the doctor said she could be an ultrasound model.

I was stunned by the bad news, but not entirely surprised. I knew things could go wrong with advanced maternal (and paternal) age. I considered myself lucky to have had a healthy natural pregnancy at 41. Anything beyond that would have been pressing my luck.

I spent the next two days doing two things: reading as much as I could about trisomy 13, and figuring out the logistics of termination, which the doctors strongly advised. Although some babies born with trisomy 13 do live through childhood, they have many conditions, and don’t often develop cognition beyond that of a six-month-old. Yet, some children acquire a wide emotional range — expressing laughter, jealousy, joy. If they sense you are sad, they might take your hand or rub your cheek. Reading this, I couldn’t stop crying.

Suddenly I felt connected to this creative I would never meet, and intensely protective of her.

Suddenly I felt connected to this creature I would never meet, and intensely protective of her (the same bloodwork that detected the abnormality determined it was a girl). I felt helpless that I couldn’t save her against what the doctors called “an incompatibility with life.” She was still part of me, perhaps the part of me that’s incompatible (as perhaps we all are in some way) with life — the part that’s broken, angry, unmothered. The part that wants to escape.

Una parte di me se ne va is an Italian phrase I heard when a colleague of mine was tragically killed in Italy on her scooter. It means “a part of me is leaving…” The phrase had resurfaced in my mind when my mother died, and again as I thought about my unknown daughter leaving my womb.

“Go with God,” I whispered, the day of the procedure, my hands folded over my belly. Then the same doctor that had delivered Julia deleted my second daughter from the world — exactly eighteen months to the day.

I woke up to a nurse fussing over me. She asked me if I was in pain or nauseous; if I wanted pretzels, saltines, or graham crackers. She wrapped warm blankets around me and gave me sips of ginger ale. I felt both sad and relieved, a sense of both longing and of being so well cared for that I could have cried.

Later that night, we ate my partner’s uneaten birthday cake from a few days before. It was also Julia’s 18-month birthday, so we had something to celebrate. I’d never felt more grateful for the miracle that she is.