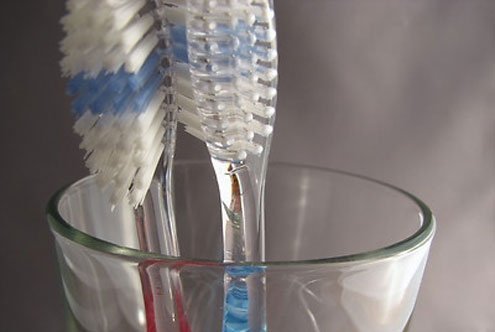 If the glass is large enough...
E

lena had never been into any of that Zen stuff, but she was pretty sure about the whole inner peace thing.

After nearly three years of bad luck, a sick mother, and a series of broken hearts, she looked in the mirror at the creases around her eyes and decided that if she was meant to be single at 36, so be it. After that, she booked a trip to Sicily with her best friend.

They played on the beach, explored temple ruins, and enjoyed the attention of older and younger men. They laughed more in two weeks than Elena had in years.

After the trip she looked at pictures of herself suntanned and smiling. Maybe things weren’t that bad.

A month later she joined some friends for a picnic at the lake. By sundown she’d met Andrea. There was tremor, no trumpet fanfare. He’d walked her home with his friend Alberto, and she said goodnight to them both.

Over the next few months she saw Andrea and Alberto often, joining his gang for running, skiing and countless pizza dinners. Andrea was smart, athletic, and kind. They also had plenty in common, including bank jobs in neighboring towns, age, and an enthusiasm for skiing. None of which Elena saw as destiny or coincidence.

At least not until he walked her home after dinner one night and pushed her up against the wall of her apartment and kissed her. Hard.

Her shock took some minutes to melt into pleasure, but once it did she kissed him back and realized that she liked it.

They said goodnight and Elena walked up the two flights of stairs to her apartment in a trance.

She slept soundly and awoke to find a message from him wishing her good morning. She smiled to herself in the mirror, and while she brushed her teeth and washed her face the memory of the kiss fluttered across her lips and rippled through her body.

As she went through the motions of preparing coffee, he movements felt more graceful, the length of her arm reaching to the top shelf for sugar and the arch of her feet when she stood on tiptoe. The breeze blew in from the window and ruffled her nightgown and the bare skin beneath it.

She remembered the feeling. After all, it wasn’t the first time a man had caught her off-guard with a goodnight kiss. She was all too familiar with the beautiful beginning of things.

She was also familiar with the emptiness that came with the end.

She sipped coffee on the couch and looked around her tiny apartment. Bare feet tucked underneath her, yesterday’s dishes in the sink, one toothbrush in the cup in the bathroom — all comforts of a solitary existence she had first fought hard to accept and come later to love.

Then along comes Andrea, and with one kiss gets her thinking about how her table might look set for two.

Elena switched on the television and willed away the image. She had no intention of letting the possibility of a man make her any happier than she already was.

A week later the group met for pizza. Elena and Andrea had spoken a few times in the meantime. Logistics mainly.

They sat across from each other and exchanged their usual laughter and good conversation. Perhaps a glance or two more than usual, but nothing disarming. Wine swirled in their glasses and disappeared over the course of the evening. When everyone was good and full and swaying with sleepy drunkenness, the two of them began to meander toward her home.

Andrea walked with her as he had the week before, only this time he wrapped one arm around her waist. She sank her cheek into his chest and let him guide their path.

This time the kiss was no surprise. First one, than another, then inside the front door, tearing at each other until they lay naked and breathless on the floor of her little kitchen.

They moved to her little couch where they made love and laughed at the way his legs dangled off the edge. They clung to each other to keep from falling off and fell off anyway.

Their laughter — hers and his — filled her apartment with a new sound.

She shivered in the doorway as she watched him leave at dawn and curled into the tangled mess of her bed.

In the bathroom hours later she splashed sleep away with cool water. In her crinkled eyes she saw a smile.

The cup was big enough for another toothbrush.