A most imperfect union 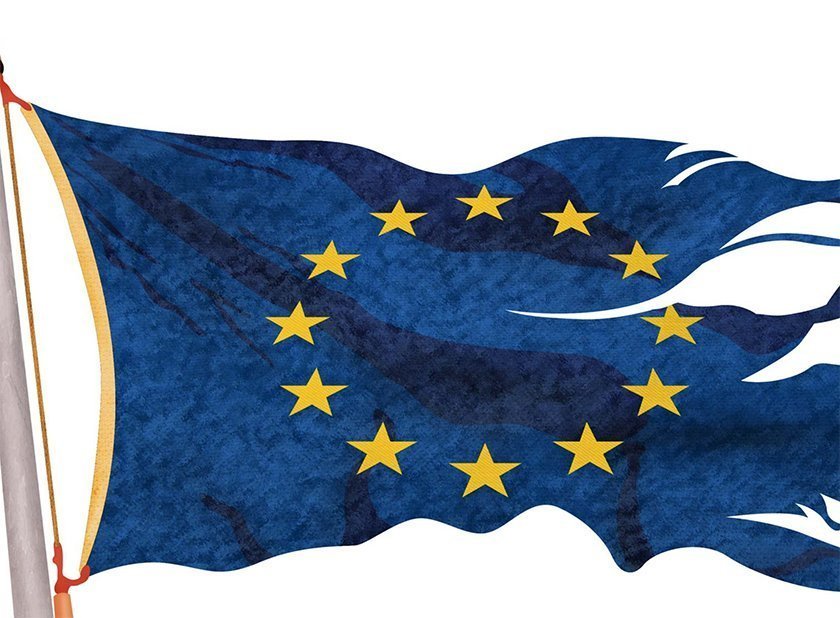 As ever, an EU that struggles to shoot straight.
I

n a show of stubborn snarling representative of old Europe at its fractured worst, Poland and Hungary have threated to veto the European Union’s massive COVID-19 rescue-and-repair budget, citing wording that they claim threatens their sovereignty.

In essence, the EU is tying the budget to progressive sociopolitical values quite the opposite of those at play in today’s Poland and Hungary. In Poland, the Peace and Justice Party, a bizarre amalgam of hyper social welfare-ism and reactionary zealotry, has said it can do without the EU telling it how to go about managing its domestic affairs. Warsaw and Brussels have been locked in a running battle over Polish domestic reform that has all but placed the judiciary in political hands and made abortion all but impossible. Hungary’s a different story, where both-sides-against-the-middle Prime Minister Viktor Orbán is on an “illiberal” tear, sensing that’s the way his domestic winds are blowing. He’s been both a leftist and a rightist and is a constant opportunist.

The budget spat is serious because all EU countries have suffered at the hands of COVID-19, and the failure to pass the relief budget would leave all EU states without basic budgetary support in the midst of a sweping sociomedical crisis. The pressure on Poland and Hungary to relent is intense and the two sides may well find compromise wording the two eastern states can live with.

The underlying problem remains unchanged. In its ability to fund projects and streamline standards, the EU is a masterpiece of rules and cash flow. Politically, it remains an unmitigated disaster, a rudderless ship that pretends to possess powers it lacks.

The budget spat is serious because all EU countries have suffered at the hands of COVID-19.

Britain is out, or nearly, and the failure to keep it in belongs to both sides. Brussels overplayed its hand in telling the English what they could and could not do; the British fell back on island thinking and decided to sever ties rather than reach a deal to save the unity of a threatened whole.

That multinational whole, bluntly observed, is ever more the property of lead dogs Germany and France, which, when it comes to critical choices, often regress to specifically national courses of action. France’s stern response to COVID could not have been more different than that of Germany. France deployed troops to patrol lockdown rules while Germany’s hand was far less heavy.

The EU attempted to manage border openings and closings, but struggled even with that, as national governments often stepped in with their own set of rules.

If this doesn’t sound like much of a union, that’s because it isn’t — outside of a common currency and that raft of shared trade and commercial standards that make the EU seem more like what it once was, the European Economic Community. Money, and little else, holds the EU together, and its grant structure is fundamental to fueling private industry throughout the continent.

Brussels and its various governmental structures, a parliament and a commission, are all but irrelevant to the flow of daily European life aside from the cash flow they dose out and oversee, not always equitably.

Poland, now recalcitrant, seems uninterested in the billions of euros the EU has pumped into it over the last 20 years. It says it can go it alone, a doubtful proposition. Yet the Polish government is unworried by its monetary challenges, reckoning the EU, having lost Britain, can’t lose Poland as well. Something has to give in this House of Cards bluffing.

Yet even if Poland capitulated, the EU would lack little leverage in any effort to make Peace and Justice kowtow to a more liberal vantage point. Aside from cash, Brussels has nothing to play with, and cash can fall short when up against zealotry and patriotism.

Again, it was just this sort of ideological haggling the EU sought to put to rest with its creation. All would sign on a forward-thinking dotted line and live happily ever after. But life in the EU household is anything but happy.

On paper, the EU works. Spiritually and morally it has been considerably less successful.

Long before COVID, Brussels was abjectly unable to come to any coordinated conclusion over how to deal with the massive flow of migrants making landfall in Italy and Greece, many of them Syrian refugees from a now nearly decade-old civil war. Much confabulation led to a few more vessels from EU states, but little else. Italy was essentially told the problem was its own to solve, naturally opening wider berth to already strong xenophobic populist groups. Austria is run by a youthful and unapologetic rightist who may well in time transform the COVID lockdown into something more permanent, a plan by which the “unwanted” are kept out. This is a real risk throughout Europe in the post-COVID period, as some may seek to turn disease rules into strict screening measures previously kept at bay by EU open-mindedness.

On paper, the EU works. It has member states that comply with a host of rules and pay for membership. Spiritually and morally it has been far less successful, relegating antiquated national prejudices under the EU umbrella. Germany bashed Greece for its massive financial irresponsibility a decade ago but rarely if ever admitted it was partly responsible for that irresponsibility through reckless funding of a state not yet enchanted by Teutonic disciplinary principles.

In the end, the dilemma may in fact be one of naming. The European Economic Community was determined to morph into the European Union, even though such a transformation was in many ways unrealistic. Now, 25 years after the iffy 1990s, EEC still sounds infinitely more appropriate than EU. An EEC of today would have a core, a single currency, and a shared set of financial priorities. The EU, envisaged as a larger project with an ideological heart and soul, one Europe, one heartbeat, remains a transplant patient, its status varying from stable to critical, its new heart refusing to settle in a turbulent chest.