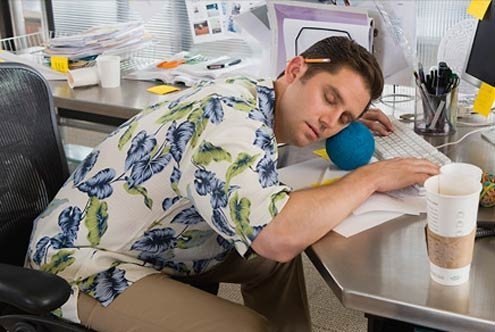 Vacation days are few and far between in the United States.
I

t was a dark and stormy night. As was the night after and all of the nights and days that followed in my clients’ three-week vacation to their dream destination on the beaches of the Arabian Sea on India’s west coast.

A pity that they could only go in August, when their workplaces had shut down for Italy’s traditional ferie di agosto. August happens to coincide with peak monsoon season.

It only got worse. They arrived in Mumbai after a 16-hour flight only to learn they had no hotel room. So it was that their dream vacation was taken up by thoughts of legal claims against their travel agent and a re-evaluation of life in Italy.

Many Americans, unfamiliar with, and often hostile to, the idea of mandatory vacation, see the ferie di agosto as a nuisance.

It knocks up against the American national work ethic that’s seen as having helped make the U.S. into an economic giant. Guilt also plays a role, especially in tough economic times. Americans tend to see downtime as a shirking of duty. It also tramples their sense of freedom.

But according to the Italian Constitution, every employee has an inalienable right to a vacation period. While the length of time is unspecified, the European Union’s 1993 Working Time Directive specifies that four weeks (20 work days) annual vacation time is the minimum each member country must guarantee. Italy’s civil code guarantees that minimum, both for full and part-time workers. It’s respected under all Italian national collective labor agreements. While this may seem to be a great deal of vacation time to an American, other European countries guarantee even more (Austria, France, Germany and Spain each stand at 30).

There is no similar guarantee in the U.S. Constitution and U.S. federal law requires no such benefit. This leaves vacation time, if any, as a privately negotiated agreement between employer and employee (or as a result of state legislation). In fact, the U.S. is the only industrialized country in the world that fails to guarantee its workers paid vacations. Lacking a federal mandate, vacation time in the U.S. averages nine days annually, far less than most countries. The average is misleading since almost a quarter of all Americans receive no vacation time at all. Those with higher salaried positions in larger companies tend to receive greater vacation benefits. Low wage earners, including part-time workers in small and medium sized workplaces, often tend to do without.

Elsewhere, vacations are culturally accepted and understood to be a necessary part of a healthy society. The countries that mandate vacation time (more than 140) have found that the added cost to employers is more than offset by the higher per hour productivity produced by a healthier, happier workforce. Figures on those who take regular vacations point to significantly lower risks of hypertension, depression, obesity, diabetes, heart attack and early death.

Statistically, America’s high per-person productivity is the result of employees working longer hours. An effort to rethink the work-life balance issue came in 2009, when the House of Representatives proposed the Paid Vacation Act. So far, the bill hasn’t made it past the House Committee on Education and Labor and the Subcommittee on Workforce Protections.

Though the mandatory vacation my clients spent among rain-encouraged sand crabs hardly reduced their stress at the time, it did become a positive memory. They met and got to know an Austrian couple from Vienna, forging what would become a lifetime friendship from what seemed at first like a lost vacation.