A lift from the good Doctor 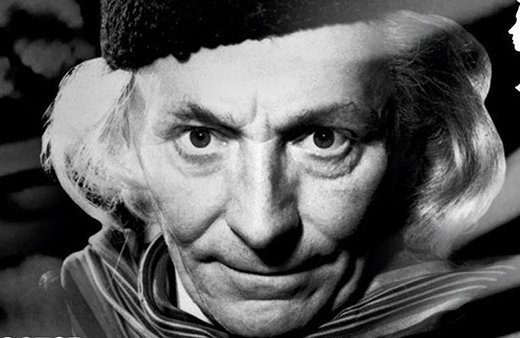 On and off, the British "Doctor Who" series has been around since the 1960s.
A

few months ago, a friend of mine mentioned something about “Doctor Who,” a BBC science fiction series about a time traveling Time Lord (a humanoid species from a planet called Gallifrey). This sent me back decades, to fifth or sixth grade, when I watched the original British series on PBS, shortly before it went off the air in 1989, after running for 26 years. It picked up again in 2005. In the original, there was a curly-haired man known as The Doctor, a woman named Sarah Jane, and a metal dog called K9. I hadn’t thought about any of them for a long, long time. Because of the hiatus, the original is now known as “classic Doctor Who.” I knew nothing about the 21st-century version, but my friend’s mention of the show made me want to know what the Doctor was up to.

Thanks to streaming, finding the Doctor wasn’t hard.

The more modern Doctor still zooms around in his trusty Tardis (his time machine), and he still undergoes regeneration. You see, Time Lords don’t die. One of the Doctor’s features is that he acquires a new body and “persona” when the old one is worn out. However, throughout these transformations the Doctor retains his memories and remains essentially the same.

The series I watched picked up with the ninth Doctor. Since then, I’ve progressed to the eleventh. The show has such a cult following in Britain that every Doctor change, which means a change in actor, elicits all sorts of attention.

I can’t tell you just what, but there’s something inside me that finds the Doctor compelling. There’s the nostalgia factor, of course, since the series takes me back to the best parts of being a kid, when you could let your imagination roam free while being plunged into his bizarre adventures in different times and places. You could laugh at the Doctor, an extraterrestrial being, when he’d try but fail to understand humankind (but wanted to understand so very badly). There’s also a certain philosophy behind every episode, a belief system you can count on. Things might get confusing and scary, situations might turn impossibly dark, but you know The Doctor will figure out a way to ensure good prevails. Like most superheroes, he saves the day on a regular basis. Only he does so while traveling, of all things, inside the Tardis, a blue police box (a British-style police emergency call kiosk). This time machine is a small and perfectly innocent looking contraption that is far bigger than it looks, but on the inside.

That’s another thing I love about show, its creativity and sense of humor. There are vampires in 16th– century Venice. Gigantic alien beings wear human bodies as costumes. Though things sometimes get ridiculous (an intelligent race of aliens that look like walking rhinoceroses), I get the sense that somewhere underneath it all there’s deeper meaning. In one episode people turn a blind eye to the abuse necessary to make the planet function in an orderly way, plainly a metaphor for the way many of us move through our own world as it exists today. Another recurring theme is the futility of violence. Rather than fighting, why can’t we all learn how to share resources? Naïve, perhaps, but still an apt question.

The Doctor waxes poetic on the subject. Some listen, others do not.

The show also finds smart ways of addressing the apprehension about technology gone wild — that it now controls us, and not the other way round.

The lonely Time Lord dedicates his life to defending humanity.

And it’s true. Like many others, I’m addicted to my smartphone. And thanks to free streaming, I’m now addicted to Doctor Who. This vicious circle can be both unsettling and nice, which is part of the technology dilemma.

But there may be yet another reason I like the Doctor. In the story, he’s the last of his kind. There are no other Time Lords left. He not only lost his family (as I did) but also his entire planet. And yet he soldiers on – nobly moving through time to defend humans. Doctor Who gives you the means to face serious problems without the weight of despair. There’s nothing like knowing things will work out in the end, a lesson Hollywood learned a century ago. That wasn’t the case with lots of medieval fairy tales, in which lots of things don’t work out.

Some of this may have to do with the season. Winter is a dark time (another popular series, “Game of Thrones,” harped on the ominous line, “Winter is coming”). We all need a little light; we need to believe that things might go our way. It’s light at the end of the tunnel, and on some days the metaphorical tunnel feels very real.

If ever a world needed a a visit from Doctor Who, fixer of all things gone wrong, it’s ours.