A jury of my beers 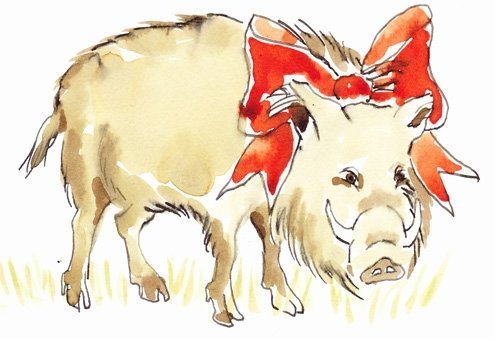 know nothing about beer. I tend to approach it the same way I do art: I know what I like. Actually I know a helluva lot more about art than what’s in most beer bottles.

But there’s no denying beer’s hopping success in the food world over the last 20 years. Everywhere you look, including Italy, beer culture is growing. What was once a northern Italian fixture has snuck south. A beer bar on Rome’s Via degli Specchi, Open Baladin, now features more than 100 Italian beers with 40 local craft beers on tap including Baladin’s own line.

This is a beer time of year. The 16-day Oktoberfest just ended in Baveria. Known locally as Wiesn — after the name of the fairgrounds where it all started with a horse race — the German beer bash is more popular than ever (it averages six million visitors and the same number of beer liters). It was first held in August 1810 to mark the wedding of the Ludwig Crown Prince of Bavaria (later King Ludwig I) to Princess Therese von Sachsen-Hildburghausen. Horse races were part of the festivities in the early days but they fell by the wayside in 1936 to make room for the sprawl of beer tents.

In the kitchen, beer is my choice for fish-and-chip batter, fondue, marinades for pork, lamb and beef, even crepes (not the sweet kind). I’ve also used it in soups, sauces, stews and a substitute for water when steaming vegetables.

One day I found a flat rogue beer I found lurking in the back of the fridge and decided to stir it into Swiss fondue. It made perfect sense that cheese, garlic and beer would make a happy ménage a trois — even if I did add the requisite dash of kirsch at the end.

Use a light beer in place of white wine when you blend the sautéed garlic and cheese, stirring patiently until the fondue is dipping texture for toasted bread cubes or even parboiled vegetables.

Beer and wild boar — cinghiale — are also best buddies. In Viareggio and elsewhere in Italy butchers display the boar hanging by their little hooves, often with a red ribbon tucked into their fur. This year I’m planning on boar stew for a food-oriented gathering of global friends in Montisi, near Siena. I’ll set aside the loin and shoulder, using a fairly strong beer for the overnight marinade — along with chopped onion, garlic, a few juniper berries, a very small dash of my own red wine vinegar, salt, pepper and olive oil.

We’ll cook the boar shoulder for a couple of hours in a very slow oven, covered with foil, perhaps adding a few prunes in the last half hour. To go with the boar and game, I’ll serve up a dark lager or stout for its rich and lovely taste of caramel and its strong body.

I always wax nostalgic for fish-and-chips —Atlantic codfish or haddock deep-fried in beer batter and served in newspaper cones with a sprinkling of malt vinegar. How do I deal with the nostalgia? By making my own. It helps me remember long-gone days when tiny fish-and-chips shops were staples on London street corners. What they had to offer could make me happier than dining at any three-star establishment in Mayfair.

For four cod filets, you’ll need a cup of flour, a teaspoon of baking soda, a squeeze of lemon juice or dash of malt vinegar, salt, pepper, and a bottle of your favorite brew.

In a bowl big enough to house the filets, mix all of the above-mentioned ingredients except the beer. The beer you add slowly, stirring well with a whisk, until the batter is the consistency of very soft cake icing. Crepe batter will be thinner but you need a strong batter to hold up in the hot oil (160-170C) in which the fish are fried.

A little trick: Dust each filet in a little flour and then dip it in the batter. The floured fish will keep the batter from slipping off in the frying process.

You may find other ways to use beer in recipes, but at this point I’m happy to paraphrase a famous Julia Child comment, inserting beer in place of wine. When asked if she used wine the kitchen, she answered, “Yes, and sometimes I even cook with it.”