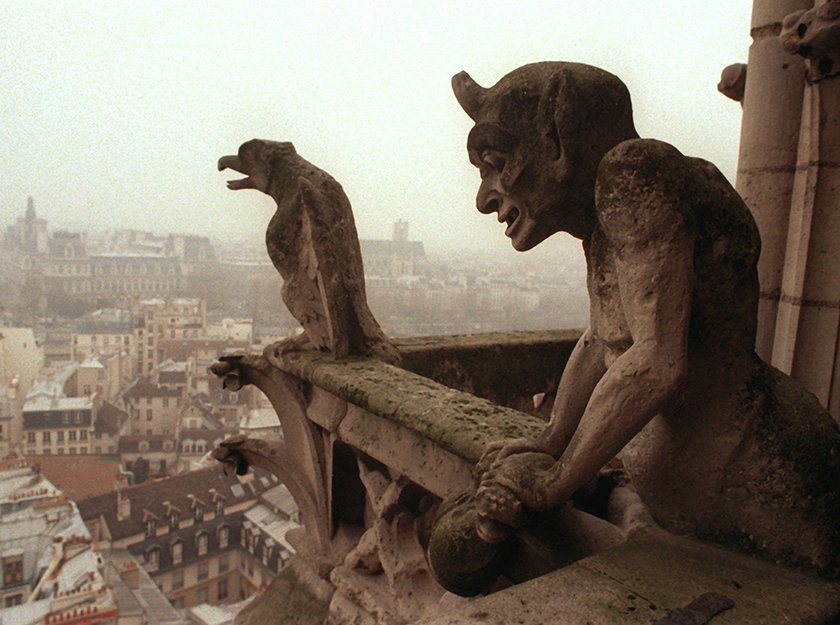 If the hump lessens its curve, things are good...
I

taly has just begun the first phase of its coronavirus recovery plan. Factories are open. Citizens may visit local relatives. While stay-home orders stand, there’s light at the end of the tunnel.

Why then does it not feel like that, at least to me?

In part because the gulf between my viewpoint and that of those orchestrating the miniature revival still remains too wide.

The country’s lockdown response is informed largely by top-flight medical experts and researchers who depend on scientific data to formulate their strategy against an unexpected, powerful malady, as complex as it is mystifying.

That it infects and kills is abundantly clear. So is the fact it struck a developed world entirely unprepared to deal with it.

Science has so far proved beyond most reasonable doubt that mass segregation — few people allowed into the working world they created — helps impede the contagion. Experts display charts showing what looks like a hunchback’s protruding hump. If the curve is less evident, the news is good. And all like good news, which has recently been in short supply.

At the same time, the curve experts, while medically skilled, are in no position to evaluate the personal, social, and commercial effects of strategies some fear will endure through summer and even beyond. That, they say, is neither their job nor their area of competency. If you wish to slay a dragon, we’re the ones to try to do it, but do not expect the remedy to be pleasant. And do not speak to us of mood or melancholy, since no instrument exists to measure them.

If only I didn’t hold my experts to a higher standard, insisting any remedy also factor in humanism, which necessarily places science and art on a level playing field.

Do not ask us about morale. Any such index would be unscientific.

So yes, by all means try to save lives, but do not discard the sacred social and personal compacts essential to human welfare. Try to defeat the disease as best you can, but do not, in so doing, shatter the inner compasses of those who must live contemporaneously with the disease. That would mean that to save one you must ruin another.

And some of the demanded remedies include just that. Humanism also means critical thinking, and you do not stop one disease by planting the seeds of a second, which, because it includes ingredients of despair, is as emotionally and psychologically potent as the first.

In fact, this second affliction might outlast the first and do as much damage to the the mind as the first did to the physical body.

Since the experts have already said this is not their problem, whose is it? Mine, among many others.

For example, to justify social distancing in a way that portrays people not as people but as potential agents of contagion, while scientifically accurate, pays no heed to the muted but real hysteria embedded in the minds of millions who have come to see social interaction only in threatening terms.

Social distancing and social life as we know it, or knew it, cannot be reconciled. Period.

Nor can any internet bridge be made to stand in for tactile intimacy. In this sense, the medical experts are advancing social circumstances that run against the grain of tens of thousands of years of human life, many of them sickness-afflicted.

The “common good” logic of such medical advice turns to dust if the virus, however unlikely this scenario is, overstays its allotted time or returns in mutated form. What then? A return to the siege mentality, or is the present one revived against human nature to protect human life in a rescue mission gone mad? “No man is an island” become “all people must be islands”?

What hyperbolic thinking, the experts might reply. After all, those marred by confinement and its brethren anxieties can be reshaped whole (the economy with them) after the emergency, refusing in the most absolute way to perceive inner turmoil as emotional emergencies in their own right. In any case, the experts continue, the anatomical act of rescue (respirators rule) is obviously the single moral concern of agreed-upon significance. This is to skate on very, very thin ice, and spits in the face of humanism’s concerns.

A billion ICU could not tend to those undone by a new fear of the madding crowd.

Not all suffering is physical, and not even a billion intensive care units can tend to those undone by expertly planted worries regarding the threat posed by the madding crowd. You may infect your neighbor or your neighbor may infect you. Steer clear. Why are zombie films and “walking dead” tales so compelling? This is why. Even the mixing of the Islamic faith with Islamic extremism in the wake of the Sept. 11 terrorist attacks produced a wave of developed-world xenophobia that refused to hew to reason and has also yet to fully abate. Hippocrates said, “Do no harm,” but again, he spoke well before diseases of the mind acquired their modern fullness of scope.

For humanists, people are society, and social distancing an anathema. Never is a society entirely healthy. On the contrary. Some may have pulmonary disease, others suffer from paranoia; but both are susceptible and impressionable, with real or abstract fear as what most affects them. Adopting expert medical tactics may seem to repair the hunchback’s viral curve, but if you remedy that, what then to do about his residual migraines? Perhaps call them psychosomatic, which the coronavirus has very much become.

I wish sometimes that humanists of all stripes would be allowed into advice-giving sessions, so governments could hear voices unaffected by the holy curve. I also wish that beside the numbers of the dead and the infection rate, a representation of an Italian Renaissance landscape could be made to come alive as a sadness index. The scenery would be composed of vivid greens and ochres, rich in rivers and banquets and farmers selling their crops and wares, with furtive lovers kissing on the side.

With each passing day of social confinement and distancing, a shade of the landscape would turn from green to dirt brown, the castle you see in the distance suddenly not flag-draped but black as ash, no farmers at present near their carts, the lovers turned to stone — all this to abstractly render what’s happening to the spirit, even as doctors go diligently about their business and the shut-in persists. The landscape would be a portrait of restlessness and doubt among those stuck in purgatory. This might give the allies of science pause to contemplate the meaning of the fading colors, and how they have given a hunchback means to meddle with human nature, which is as real as life itself and deserves defending.