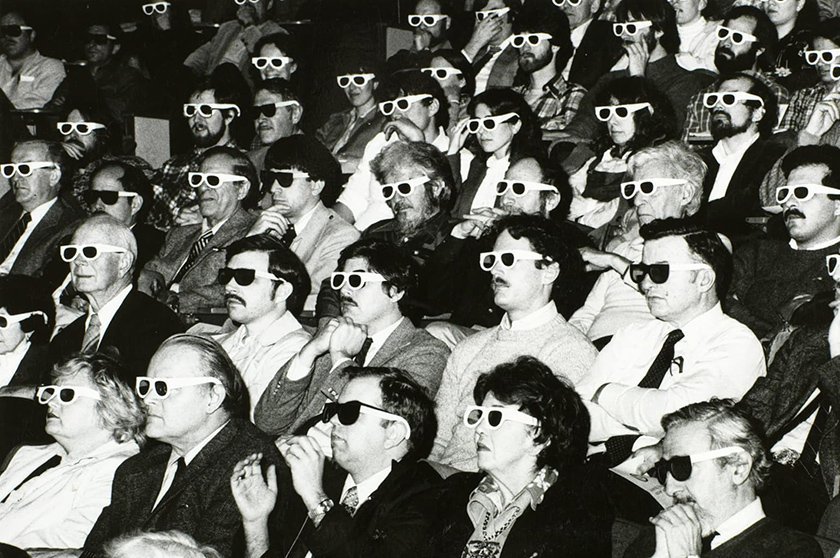 Most of the thrills are now available at home, no coughing allowed.
I

f widescreen Hollywood ever had just cause to lapse into melancholy about its future prospects, that time is now. With social distancing not only acquiring a medical rationale but also seeming to enjoy cult status it may not relinquish for many moons, moviemakers can legitimately worry about ever again attracting mass audiences to closed theaters in which a cough, once incidental, is perceived as a threat to one and all.

Already, major stars aware of the power of Netflix and streaming had begun slipping away from the studio system to make their cash through small-screen work, aware that only special effects blockbusters and major new entries into superhero franchises would draw Cineplex audiences. Now the Cineplex system itself is at risk. It is no longer preferring your bedroom to an auditorium but the new vision, real or imagined, that an auditorium might pose a threat.

The implicit irony is that Hollywood has for years thrived on disaster epics that sometimes contained a disease component. After 9/11, studios backed away from their steady diet of calamitous destruction and infinite violence to give audiences a needed break from re-imagining commercial jets slamming into the World Trade Center. But that nervousness faded after about a decade and Hollywood rolled out a new sequence of comic book-driven blockbusters. Cities again blew up, buildings with them, and what villains decimated, heroes repaired. All seemed more or less well with Old Gal Hollywood despite the nagging reality of global terrorism.

But this is different. The threat is insidious and plays to audience anxiety, not about what they might see on the screen but what they might catch in the company of strangers, fertile ground for screenwriters who may need to confine their post-corona efforts to HBO. Horror and sci-fi might still work at home, but will likely take a beating anywhere else.

Audience anxiety now is about what they might catch in the company of strangers.

Call it the coming Hollywood existential crisis because it’s bigger than studios, subject matter, star power, or the 21st-century craving for special effects. If you can’t coax wary citizens to join in collective popcorn fun you have a crisis in the making.

Movies have always been about gatherings, whether at cinemas or film festivals, where aficionados, critics, and hangers on join together to mingle, gossip, flirt, and generally behave theatrically. Same for Oscar ceremonies, which doubled as star fashion shows.

But the specific alarm this virus (and its media coverage) has emphasized and continued to play into is plain and simple fear of others, and the unknowns they might be carrying inside. Broadcast that kind of fear relentlessly for months and an industry which depends almost entirely on crowd affluence has nowhere to run.

Asia has largely resisted giving up on movies, though audiences increasingly attend them wearing masks. Will Americans and Europeans, far more individually stubborn and infinitely more neurotic, manage such a trick while keeping “date night” enjoyment intact? Hard to tell.

In the case of 9/11, which left many Americans devastated and fearful, the worst of the paranoia passed in a few years, but that’s a long time in a broken economy. Whether Hollywood, already challenged, can weather such a storm is (like the possibility of new-age audiences donning masks) anyone’s guess — though most guesses would suggest not, since the post-virus cash flow downturn is already a sure thing, and potentially extreme.

Production cash will dwindle. Some actors and guild members may refuse location shootings, citing potential health risks. Some countries once openly eager to have Hollywood film on their lands might well be blocked by federal travel restrictions. You can’t film a 007 movie in four countries when none will give the go-ahead and only half the desired cast will work.

What this kind of speculative scenario suggests is an entirely new film landscape churned out in tight places under monitored circumstances, broadcast for those attached to small-screen platforms only.

David Cronenberg’s 1986 horror schlock “The Fly” came with the tagline, “Be afraid. Be very afraid.” A few years later, then-Terminator Arnold Schwarzenegger vowed, “I’ll be back.” Both lines made their way into pop culture, buffing Hollywood’s sense of its mandate to animate mythology at will.

Now, a hundred years after silent pictures began to give way to talkies, opening a new film chapter, Hollywood has all the right in the world to be afraid and to wonder, for the first time, if it will ever be back, at least in the form it existed before March 1.

The stakes are high, because if Hollywood struggles to put the audience pieces back together so will theater, dance, music, and any number of other cultural staples.

On a personal note, I’ve loved seeing big-screen movies on tattered plushy seats since I was a kid; I loved matinees, sneaking out of classes to grab the 12:30 show; I couldn’t get enough of packed big-screen “plexis” with floors gummed up and reeking of buttered popcorn. I want none of that to go any further away than it has (curse you Mr. Flix). In my silver screen heart I can’t imagine a microscopic virus with a penchant for making headlines slaying my favorite (and stalwart) Goliath. Americans are traditionally a bounce-back group of troopers. After they get through being scared they usually get bored. And lots of previous sicknesses have tried to make them sit still, in vain.

So, stay tuned, stay very, very tuned, because this is suddenly no ordinary game of chess. Lose this one and there’s no return.