A guy, a girl, and their AI buddy 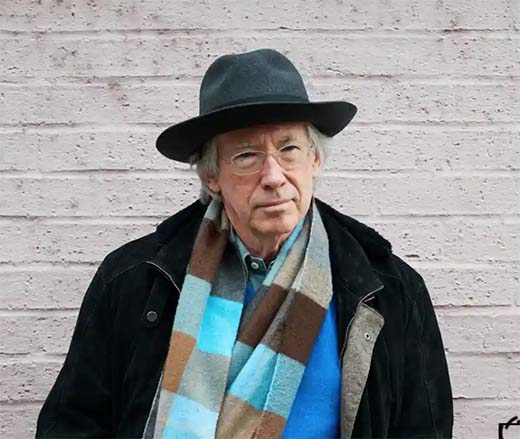 an McEwan’s darkly whimsical 15th novel is “Machines Like Me” (Jonathan Cape, 2019), a speculation on Artificial Intelligence that overflows with moral dilemmas and time travel tricks. Narrator Charlie Friend reminisces about 1982, but it’s not a year anyone would readily recognize since McEwan has situated Charlie in an alternate timeline, which the narrator seems at least unconsciously aware of. “The present is the frailest of improbable constructs,” says Charlie. “It could have been different. Any part of it, or all of it….”

In this case it’s all of it.

Charlie has fond memories of his synthetic companion Adam (for that, of course, is the robot’s name). The Adam of 1982, a year when the real world barely used computers, is among the first prototypes of male human replicas.

It is in this McEwan-made past that Charlie takes to wondering whether our humanoid machines will like us.

The implication of the question is more critical than Charlie first realizes. For Adam is no “Tin Man” or 1950s style clunker.

In an alternate past, narrator Charlie looks at his humanoid robot Adam and takes to wondering whether our humanoid machines will like us.

The Artificial Intelligence robots of the period are perfectly programmed and endowed with a sense of logic that is vastly superior to that of humans. But though they’re fully sentient, they lack what humans possess in overabundance: messy and often contrdictory passions. It’s an old literary and film device — the relationship between robots and feelings —and McEwan tries infusing the old debate with fresh verve.

The book’s epigraph is Rudyard Kipling’s still-timely poem “The Secret of the Machines,” and it sets the narrative tone:

But remember, please, the Law by which we live,

We are not built to comprehend a lie…

Then, as is his trademark, McEwan embarks on a tale focused on ethical problems from the vantage point of white, middle class, English characters. Charlie, his girlfriend Miranda, and the other human characters are in their moral infancy, well-intentioned if slightly banal. McEwan works to apply this vision of decent banality to the whole of mankind.

Thirty two year old Charlie is a former tax lawyer who was disbarred for a few minor ethical breaches, a detail that sets up the truth-lie stage. He lives in a two-room flat in a run-down London neighborhood and gets by using his computer to buy and sell stocks. On the side, he devours AI handbooks and carries on with beautiful 22-year-old Miranda, who lives upstairs. Miranda does research into socio-economic history, but reveals little about her own past.

As for Adam, he was purchased as part of a spending spree Charlie went on after receiving a sizeable inheritance.

But does he really “own” Adam, who, once assembled, looks every bit like a real life man? He’s also handsome and good natured to boot.

Adam comes with a feature that allows his new owner to tweak details of his personality. Charlie and Miranda fudge this aspect to suit their own needs. So it is that dutiful Adam gladly accepts Miranda’s invitation to have sex.

But it’s kiss and tell. Adam reveals the incident to Charlie and brands Miranda as “a malicious, chronic liar.” Not information Charlie wants to hear. So he ignores it, or tries.

As Kipling suggests, machines have no sympathy for the labyrinth that is the human psyche, and certainly no understanding of the need to lie.

McEwan’s alternate timeline grows confusing at times. In “Machines,” Argentina improbably defeats the British in the Falklands War and computer mastermind Alan Turing, who died in 1954 is alive and well, the “presiding genius of the digital age.”

In fact, he and his acolytes are behind the creation and marketing of the Adam and Eve robot series.

“Machines Like Us” is the prolific McEwan’s 15th novel.

In both timelines, Turing was a homosexual at a time when it was still considered criminal behavior. The real Turing was charged with “gross indecency,” which left him a broken man.

The Turing overlap leaves the door ajar for McEwan to plunge into the legal and social ramifications of Turing’s fictional fight for justice, as well as the tone of British social morality. It’s an unhappy decision in terms of the narrative, introducing a side-story that has little bearing on the whole.

McEwan’s real interest is in deception, which Charlie, Miranda, and Adam are all busy with. It’s a climate in which misunderstanding thrives, at times becoming outright betrayal.

But overall, Charlie’s recollections of the year he spent with his AI buddy aren’t so bad.

Reordering and orchestrating Charlie’s financial life, Adam earns his friends great wealth. He’s also genuinely affectionate. And obedient. Though he’s “in love” with Miranda, he agrees to “do the right thing” by obeying Charlie’s order that there be no more sex, which is fine with Miranda, who insists the intimacy was motivated by curiosity alone.

Patience. This is, after all, a McEwan novel, obsessively reflective while at the same time irrationally emotional.

His characters, some of them witless at times, drive a propulsive plot that stirs up one ethical puzzle after another. In the end, only Adam seems certain of his moral bearings.

When Charlie meets Turing — inevitable given the subplot — the great man explains that his Adam and Eve series have individualized programming, with Adam wired to recognize truth and goodness. Yet who ever said these qualities always run parallel?

McEwan’s own underlying viewpoint is fairly clear: “We create a machine with intelligence and self-awareness and push it out into our imperfect world.” This awareness of imperfection touches everyone, including artificial good-guy Adam.

In “Machines Like Me,” McEwan gives us strong literary entertainment as well as food for thought.