A Gaullist in (thin) disguise 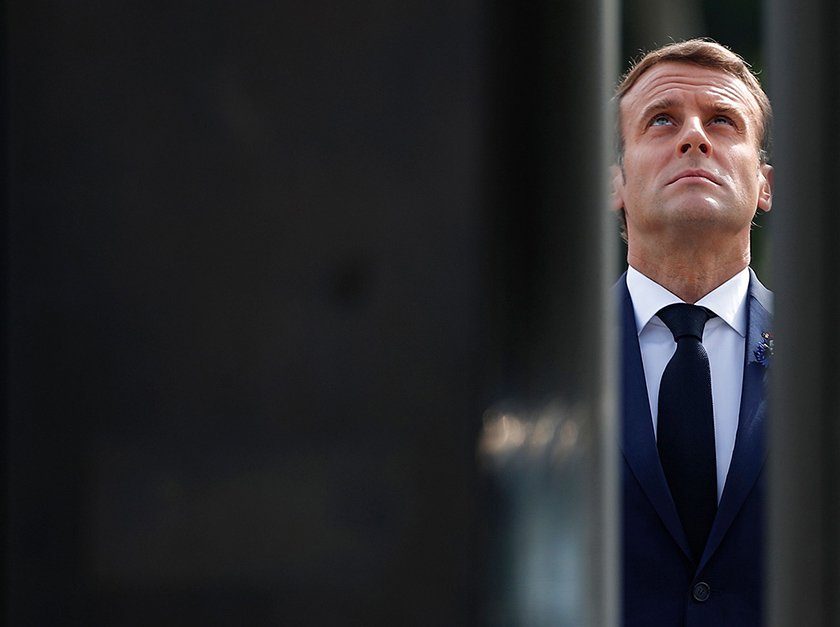 France's Emmanuel Macron has been a worthy flag-carrier of a Gaullist legacy that won't go away.
T

he latest Gaullist is no Gaullist at all, at least not on the face of things. He’s a youthful technocrat who seemed to emerge from out of nowhere to capture the French presidency in 2016. He spoke the language of markets and finance. His background was in economics. He won no vast consensus, but was considered the sanest alternative to a long-restive and xenophobic French right middle class voters struggled to support in the crunch.

But give France a time of crisis and it seems inevitably to go fishing in Gaullist waters, if not those of Napoleon. It was these two ultra-nationalists who helped define French ambitions over three post-revolutionary centuries. If Napoleon was the conquer-all leader of a nation with grandiose expansionist plans, Charles de Gaulle was the huffy driving force behind the French resistance in World War II and a figure possessed with great ego and resolve. Had the Cold War not stood in the way, he would have made France into Europe’s pre-eminent nuclear power, answerable neither to NATO, Washington, or Moscow.

As Germany focused on its economy and the rest of Western Europe rebuilt from the ashes up, de Gaulle built jets and tanks and sold them to Arab nations in a bid to play Middle East power broker. He coined the phrase Force de frappe, or strike force, to make it clear his military had no intention of lurking in NATO’s shadows. Only the massive unrest of 1968 finally put a lid on his seemingly indefatigable zeal.

President Emanuel Macron has used the coronavirus to enter into the ample acreage of old school nationalism.

His successors, in “spiritual” policy terms, have been made, with Jacques Chirac carrying Gaullism into the 21st century. France challenged the U.S. on its Iraq invasion plans, the only major Western nation to do so in any significant way. Nasty words were exchanged, which would have pleased de Gaulle no end. His vision of France was that of America’s view of itself, as No. 1. In this he picked up from Napoleon.

Fast-forward to the present, in which President Emanuel Macron has used the coronavirus to enter into the ample acreage of old school nationalism.

His lockdowns, enforced by the military, have been the staunchest in Europe, and his stay-home orders immovably firm, framed not only in medical terms but in Gaullist ones – stay home for love of country. Show Europe, and the world, that one major state is willing to impose severe policies and stick by them, a demonstration of character only the French know to display, or so Gaullist logic goes.

That Macron has engineered this approach is only mildly surprising, since it fits the country’s self-image as independent of outside meddling, a force in its own right, a drummer with a beat to call its own. For months now, France has been proudly sealed off as it attempts to control the contagion. There are no immediate plans to reopen in a mass way, nor has it complained of tourist losses, at least not in the way of Italy, whose moan is audible everywhere.

France, led by Emmanuel Macron, has staked out a near don’t-tread-on-me image, and has used uniformed troops to enforce its virus strategies in a way no other nation has dared. How this all turns out – France cannot remain closed for a year – will have a great deal to do with Macron’s re-election chances in 2021. So far, his Gaullist steadfastness has gone largely unopposed, aside from skeptics in media and intellectual circles. No group has risen up to challenge his troops, and France is no stranger to sudden lurches of angry fervor.

Sickness, it appears, has neutralized the kind of opposition that might be expected in similar circumstances, since a lockdown justified for other reasons would stand little chance of going unopposed.

Macron has at least been candid, admitting the measures are brutal and can cause damage in and of themselves.

In essence, Macron is insisting France’s strategy is the smartest one on the European block given the circumstances, and that its eventual recovery from the virus will bear out the wisdom of his stop-all, stay-home strategy, what he has used twice in six months to “brutally apply the brakes” on public circulation. He has at least been candid, admitting the measures are brutal and can cause damage in and of themselves, something others have been less willing to say aloud. In his latest lockdown announcement, which will close France through the end of November, he said the economy “must stop or collapse,” yet again applying hardcore terminology few have chosen to emphasize so dramatically.

Since the virus represents uncharted waters, it’s hard to know just how smart France is being, nor will an answer be soon forthcoming. But the 2021 elections are a sure thing, and Macron is – to put it mildly – out on a limb, particularly if more brutality lies in wait, and the word collapse stops being a rhetorical tool.

Another piece of the puzzle is historical, just as the Holocaust needs to be factored in when studying Germany’s modern behavior (incidentally far more open than France’s regarding the virus).

For all its illusions of grandeur, France’s last high-profile moral and military test came in World War II, when more than any other European nation it chose to collaborate with its Nazi occupiers. That left a stain that gave de Gaulle his initial postwar opening, the patriot come to save France from further shame and to extricate it from that same shame on noble terms, so that all would salute it, or at least buy its fighter jets. Despite U.S. aid, it would not be a Washington lackey, and had the last and bitter laugh when American strategists warned (they’d learned the hard way) that intervention in Vietnam was futile.

Macron tried, for a while, befriending Donald Trump, but the bond had no future: both at the time were too ambitious.

Over the last two years Macron’s popularity sank, as joblessness rose and the immigrant stream continued unabated. Where was his economic wizardry?

The arrival of the virus pre-empted that discontent, with Macron swiftly explaining that dealing with the contagion was tantamount to a war, and in such a war France would come out guns blazing, in this case passively since a lockdown is an act of “safe imprisonment,” aggressive in name only.

Yet this is a war for Macron. His language, like that of de Gaulle and Napoleon, depends on announcing battles won and victories. It’s the French way. Only no one imagined a young economist also good with a saber.