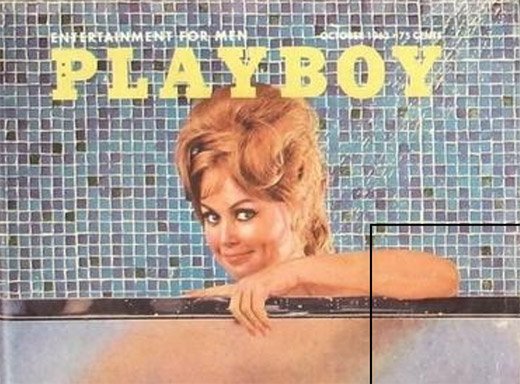 Not yet in full adolescent bloom, sex was a rumour heavy on odd stories.
A

t age 12, grazed by the early scintilla of puberty, I summoned the courage to ask my father about sex, which I summed up in a single word that I intended as “girls” but sounded much more like “gorse.” My mother had absconded to Europe, leaving him permanently in charge of my worldly education. His early replies on the subject of “gorses” didn’t help much. Until he took heart, and opened an entirely new chapter by telling me about the whoring exploits of his randy friend Peter, who before World War II allegedly had a woman in Prague, Palermo, and Potsdam. This bold statement delighted my alliterative side but otherwise left me at a loss because, not knowing what whoring meant, I had chosen to hear hoarding.

He opened an entirely new chapter by telling me about the whoring exploits of his randy friend Peter.

This interpretation left me alone to contemplate how setting aside large quantities of things (which I did with acorns and old tennis balls) tied into knowing ladies in cities beginning with the letter P.

Was it necessary, perhaps, to collect them first? Perhaps this was a fatherly hint. No matter. Soon I learned that Peter’s whoring side also included hoarding, since he owned a barn overflowing with books and was often visited by an assortment of friendly ex wives. This, said my father, made him something of a bon vivant, adding to my already considerable verbal bewilderment. All this verbiage at once seemed poised to short circuit my primitive pre-adolescent wiring.

Things would only get worse. Having settled on Peter’s life and times as an educational tool, my father set about telling me another Peter story, this one set in Stalinist Russia (who was Stalin?). As a faux socialist sympathizer (I remained mum), Peter could enter and leave the Soviet Union as he wished (thanks of course to Stalin, who at this point sounded like Peter’s cousin). In Moscow, he met a young prostitute he came to like very much (a prostitute was a woman who did “special favors” for men, said my father, not specifying if this meant feeding the cat or making pies).

Their dilemma was that Peter spoke no Russian and cat-woman no English, leaving them in a linguistic void when they weren’t sleeping together (did they share a pillow?) and engaging in “carnal acts,” which I assumed had something to do with curtains and audiences.

Their effort to communicate eventually produced a wholly unexpected outcome. Based on 20 or so Russian words and a few English ones (and “acts”), they fell in love and Peter married her, a union that didn’t last but made for a good anecdote and helped explain the presence of so many ex-wives amid Peter’s barn library. It also made me understand that considerable miscommunication was an essential component of male-female bonds and might even lead to marriage and kittens.

But Peter’s adventures as told by my father represented all but the sum of my pre-puberty awareness of sex.

Based on 20 or so Russian words and a few English ones (and “acts”), they fell in love.

It would take me years, not one but 10, to fully understand the implications of the (now #me2-damned) word “whoring,” and how little it applied to my tentative efforts to acquire instruction in how to get a first kiss without embarrassing myself or its potential recipient (just learning that took six years).

These memories returned to me lately when listening to a friend recite her romantic woes and distrust of men. I told her this story, and what followed wasn’t amusement but pity. “Yeah. Those were pretty disgusting times. Women had no choice in anything. Now at least we have aps.” Peter, she added — who of course should not have been exploiting a young Russian woman in the first place — could now turn to Google Translate.

At which point I fell silent and yearned to be 12 again, immersed in the mysteries of whoring and hoarding, spared a 21st-century dependency not on eye contact but finger swiping, which sounds as vaguely vulgar as whoring. Communication is no doubt easier than ever, but the end result — decency and caring — harder than ever to find, maybe because no one bothered to tell the 12-year-olds who followed me, and those after them, that what’s said aloud, more or less understood, is the key to happiness, so long as you’re willing to learn a few basic words.