A day in the life confined 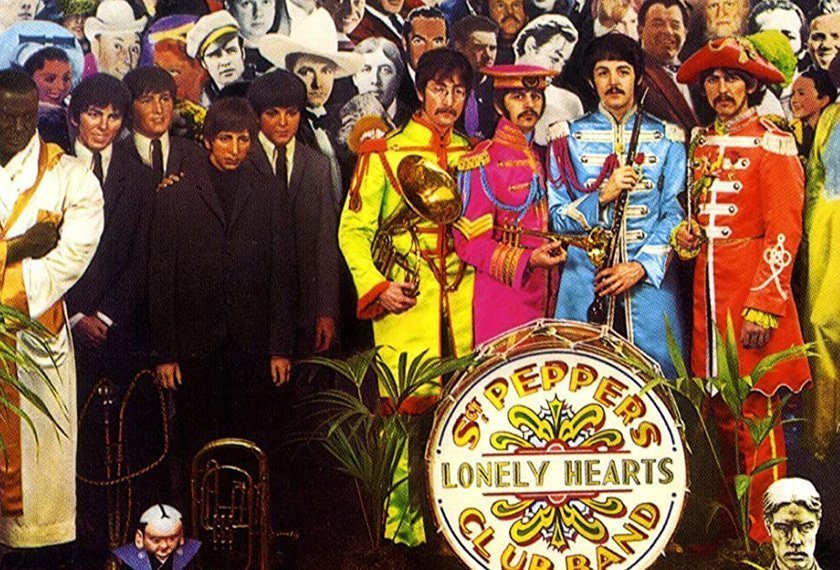 The Beatles' 1967 "A Day in the Life" closes out the "Sgt. Pepper's Lonely Heart's Club Band" LP, and has a haunting way of capturing how hard it is do deal with bad news.
C

hatting with my editor and mentor not long ago we came to the obvious subject: Europe’s present state of anti-viral confinement. We stated the obvious — that life in both our environments had all but come to a standstill. His is urban, mine is rural Normandy, but it hardly makes a difference.

I chuckled and couldn’t resist saying, “Well, things are always pretty much at a standstill over here.”

A month ago, on March 29, I tore through the bulk of the presents I’d received for my 15th birthday. Among them was a magnificent Hofner Precision bass guitar. This gift might not strike you as overwhelming on the surface of things. It’s just an instrument. But seeing it made me spellbound.

Something is always needed to to help us hear the sound of surprise.

Call it banal, but it made me realize as I’d never realized before that something is always needed to liven up our day-to-day, something to remind us of life’s unpredictability, something to help us actually hear the sound of surprise. The beautiful bass guitar accomplished all those ends.

If you bear in mind that I am an obsessive audiophile, the significance of the gift shouldn’t surprise you.

I have two “confinement tracks.” While they may not contain the words quarantine or virus, they do express what I feel (and what others may) in these surreal times. They’re probably not the tracks you’d expect, but then again, is anything about this situation expected?

The second part of The Beatles’ 1967 song “A Day in the Life” opens with Paul McCartney hurriedly singing “woke up, got out of bed, dragged a comb across my head,” words that propel us into a universe of rush and frenzied activity. How does that tie in with quarantine? It’s not obvious unless you scroll back to the song’s first part, which is all John Lennon. His introduction speaks of “reading the news today,” something we’re all instructed to do these days, in one way or another. In fact, mass media has become our second bread and butter, constantly feeding us updates on the spread of the coronavirus and its effect on daily life, social interaction, travel, and the economy. 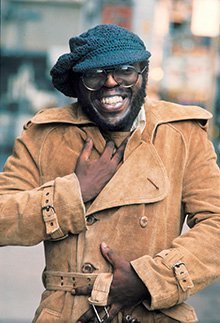 Soul maestro Curtis Mayfield: bass lines that make you want to escape into something better.

Musicologist Allan F. Moore has described “A Day in the Life” as “one of the most harrowing songs ever written,” and from the opening Lennon has no illusions about what what kind of news resides on the front page: “And though the news was rather sad… well, I just had to laugh.”

What else to do when confronted with information so troubling, confusing, and outside your control that it defies any one reaction?

To my mind, what Lennon and McCartney were getting at in that beautiful and intentionally fractured two-part song was how exposed we are to being overwhelmed by all the news coming our way (a lot more now than in 1967), and how we can sometimes respond awkwardly and in ways that surprise others, or even ourselves.

“A Day in the Life,” the final tracks on the album”Sgt. Pepper’s Lonely Hearts Club Band,” is a consciously psychological song with dreamy and hallucinogenic overtones. Is the third verse (McCartney’s waking up for work and riding the bus) really the narration of a typical working day morning or is it an abstraction, a dream, an imagining of how such a day begins, a dream that intervenes as reassurance when routine is abruptly shattered? Listen to it a few times and you’ll understand how Lennon and McCartney played off each other so brilliantly, as if two parts of one mind.

But back to the bass, and to songs. Among my favorite bass lines (also one of the first I ever learned) is in the song “Super Fly” by the late American soul master and guitarist Curtis Mayfield. This is my second confinement track, though it’s a movie soundtrack song (the original “Super Fly” was released in 1972) about a drug dealer and pimp trying to come clean, which wouldn’t seem to have anything to do with the theme at hand.

“And though the news was rather sad, well… I just had to laugh.”

None of the lyrics and no part of the melody is about being cooped up. If anything, it’s a song with a clear “get out there” message. Yet there’s an urgent groove that underlies all the funkiness. And when I say urgent, I mean it.

The song seemed to sum up my need to break free of confinement. In Super Fly, a man named Youngblood Priest, is an avenging angel who rises from the depths of hell. Mayfield’s base line seemed to murmur, if not shout, “You’ve got to do what you can to help those who have it a lot wrose than you do.”

The song is perfectly suited to a mind under construction, mine. It’s like Mayfield also knew what he was doing. He blends relentless horns with that smooth bass that lays the groundwork for his sharp and sensual vocal falsetto.

This combination plays out like a high-powered lab experiment. It’s tense, hot, ready to blow, like the anticipation of an end to this confinement. Thanks to two songs and a new bass, when that day comes I’ll be ready.