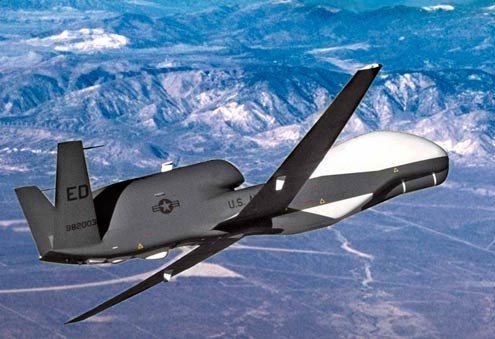 The use of unmanned drones is quietly rising, but the public has largely failed to ask to know more.
I

t’s no secret that unmanned aerial drones will soon play a larger role in private and military actions conducted both by the United States and Italy. The recently passed FAA Modernization and Reform Act of 2012 requires the Federal Aviation Authority to develop a plan to accelerate the safe integration of drones into U.S. airspace by Sept. 30, 2015. Italy is likely to become the next European country after Britain to possess so-called “weaponized” drones, with the weaponry purchased from the U.S.

The drone program was created to give the United States a deployable weapon it could use to swiftly strike suspected terrorists believed to be plotting attacks in remote locations — and to give allies access to the technology.

Lacking, however, are salient details of the program and a detailed and convincing explanation of its legal underpinnings. Without these critical aspects, the U.S. drone program produces distrust and represents a risk to the foundations of international law and democratic society.

Following on the heels of the still-controversial Guantanamo Bay detention camp and the CIA’s practice of extraordinary rendition (removing a suspect to another country for interrogation), the drone program appears to conform to a policy by which the elimination of suspected terrorists is a more expedient option than their capture and detention, reflecting a deadly kind of pragmatism.

At issue are both the planning: the secret process by which individuals are identified as targets; and the follow-through: the target and/or civilians who actually die as a result of drone attacks.

Historic agreements such as The Peace of Westphalia in 1648, and its far later offspring, the 1934 League of Nations and the 1945 United Nations, bound countries together toward the goal of moving from purely self-interested governance to cooperative international efforts in law, economics, social issues, and security.

The idea has been to provide platforms for the settlement of disputes, to encourage disarmament, and to attempt to prevent warfare through negotiation.

Essential to the notion, and its ideals, is to make world peace and security beholden to a fundamental respect for vital and evolving humanitarian values.

But since Sept. 11, 2001 attacks, the U.S. has made a legally strong-armed argument to reflect its own more immediate strategic needs. It takes the position that, as a matter of international law,

American drone strikes against suspected al-Qaeda and Taliban militants are justified under its inherent right to self-defense.

According to Article 51 of the UN Charter, “nothing in … the Charter shall impair the inherent right of … self-defense if an armed attack occurs against a Member of the UN, until the Security Council has taken measures … to maintain … peace and security…”

Although the U.S. stance is that the War on Terror is an ongoing conflict, an arguably warranted position, it is facing increasing criticism from countries that perceive drone strikes as now being pre-emptive in nature and therefore outside the context of direct armed conflict. By this definition, the secret launchings fall afoul of international humanitarian law and international court decisions.

It was pre-World War I President Theodore Roosevelt who first advocated “big stick diplomacy,” which called for the existence of a vibrant and powerful U.S. military establishment ready at all times to take immediate action. Being strong meant dissuading potential aggressors through shows of force.

This approach has been cornerstone of American military policy since World War II. President Ronald Reagan famously believed that hardware trumped treaties and that peace was “purchased” through strength, which meant always being stronger than your most immediate adversary.

The daunting, and haunting, question has been one of cost. But should it be at all costs?

The U.S. Defense Department’s 2012 budget is excess of $700 billion and accounts for over 40 percent of global arms spending. These numbers recall a famous portion of President Dwight D. Eisenhower 1961 farewell address. “Only an alert and knowledgeable citizenry,” said the general and World War II Allied commander, “can compel the proper meshing of the huge industrial and military machinery of defense with our peaceful methods and goals…”

Though Ike’s powerful words were not law, they had the advantage of coming from a man who had spent most of his adult career in the military, only later turning to Republican Party politics.

Actions of an overzealous military, combined with secret projects advanced by the executive branch, have proven disastrous time and again. Richard Nixon’s secret bombing of Cambodia (which he later insisted was vital to “winning” the Vietnam War) and Reagan’s 1980s Iran-Contra arms-for-hostages scandal are two striking examples.

Advancements in military technology are relentless, and the unmanned killer drone is merely its latest manifestation. But only an informed and involved public, one that regularly demands and receives information about government policy and intentions, can ensure that these and future inventions are actually used for the public benefit, and in the context of a heightened respect for humanitarian values, protocols that absolute secrecy has traditionally violated.

To date there has been a near deafening public silence to the U.S. killer drone program and that alone is dangerous.