A course in assets 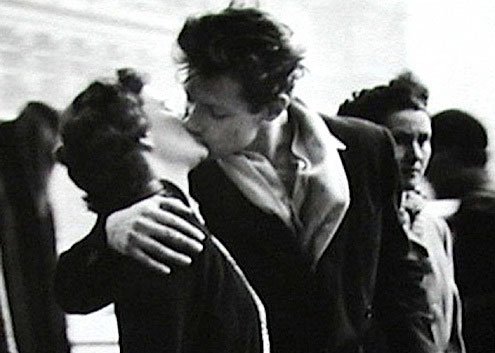 Massimo: Why don't you give me your number and we’ll go out sometime.
R

ome is a city that swoons for the ancient, rustic, and classic, right along with the latest cell phone model and flat-screen TV. Don’t be surprised when the guy who assures you he lives in the most beautiful city in the galaxy tosses his empty cigarette pack out the window. Most everyone’s in shape, yet when they’re not eating, they’re talking about eating. Even the Milanese are shocked by the quantities Roman girls knock back at mealtime! Nothing is as it seems.

Like its bus schedules, reality in Rome is flexible. It’s best to enter the dating scene as a tabula rasa. What you thought you were and wanted are as apt as the wind to change direction.

Tall, dark and handsome, Erica is the kind of woman who simultaneously captivates and frightens the Roman male. With her Caribbean complexion, strong jaw, wide, flashing eyes, and a mouth as sensuous as it is sharp, Erica’s first months on the Roman dating scene were baffling, if not altogether unsettling.

There were attentions where she least expected them — ardent stares and mumbled propositions. Her Italian wasn’t great, but she generally caught the gist after the fact, and quickened her pace, leaving a cringing shadow in her wake. She encountered few men whose glances actually mirrored hers, without sliding downward to her upper assets — which, while only modestly displayed, refuse to lie down and disappear. Most took her number and never called.

An independent woman with third millennium aspirations, Erica temporarily renounced romance, and set her sights on a job. Twice a day for a rigorous three months she would check her email at the Bangladeshi-owned Internet café across the street from her apartment.

Massimo has been around the block in every sense of the idiom. A jovial, 10th-generation Roman, he’s quick with a joke, speaks the rapid Romanesco dialect, and seems to have friends everywhere. As a commission-based salesman with the Mangiami (literally “Eat Me”) snack food corporation, he is a professional charmer, lending a knowing ear to adulterous restaurant owners and winking at their wives. He seems at once the quintessential Roman male prototype — playfully attractive, naturally toned, with a shock of grey hair, a gregarious lover of food, females, and football. His undying loyalty to the SS Lazio soccer team transcends his concept of fidelity in general. It’s written all over his body — from the darting gaze to the bouncing swagger (dangerously cute enough to cast a shadow of doubt upon his playboy demeanor). What he lacks in subtlety and elegance, he makes up for in clear intent.

Every afternoon around four, he faxes in the day’s sales receipts at the Bangladeshi-owned Internet point across from Erica’s apartment.

She was seated upright at a computer in front of the window, pen and notebook at the ready, an inbox flooded with notes from friends, and not one invitation to interview.

He took in the scene in its entirety, the delicious dichotomy of her curves and lines, her softness and severity, the square sunglasses resting on high, rounded cheekbones, and of course, her ass, tucked into the folding chair, the curvature accentuated by the low back-rest.

Sighing, she turned to retrieve her bag from the floor, and met his gaze, which was on the rebound having initially swerved to disguise the spy. It was hardly the moment for senseless, de rigueur chit-chat.

She wanted a job. He wanted a piece. She squared her shoulders and kept her eyes shaded, primed for attack.

The following exchange took place. It was not extraordinary.

Massimo: (Edging slightly closer and leaning in for a chat) “I’ve seen you in here before.”

Massimo: (Sincerely curious, trying to ignore her thighs) “What are you up to?”

Erica: (Crosses her legs, removes her sunglasses, notices his thighs, and launches him a “cut to the chase” look) “Checking my email.”

Massimo: “Why don’t you give me your number and we’ll go out sometime for lunch.”

Erica: “I don’t give out my number that easily.”

Massimo: “Well, take mine. Call me if you want.”

A week later, against her idea of “better judgment,” tired of waiting for work or pleasure to call, and deep down, pleased with his efficient pick-up, and even deeper down, excited by the mischievous look in his eyes, they lunched at a client café of his in Piazza Navona, who treated him with a discount. He didn’t hide it. They dined divinely. Later they strolled the vicoli and paused for a kiss in a frescoed doorway.

On their second date, she invited him up for hot coffee. With sugar. One week later she landed a director’s position with a UN agency. They’ve been living together for more than two years.