A chilling kind of convenience 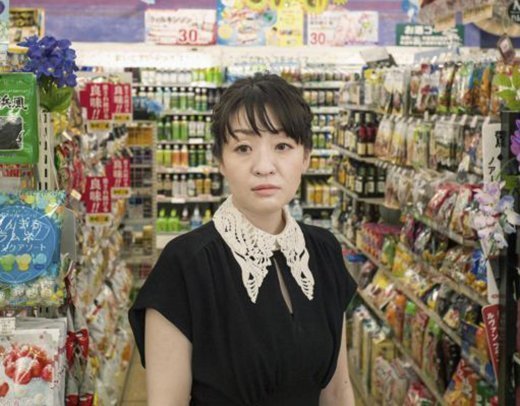 ovelist Sakaya Murato’s “Convenience Store Woman” (Portobello Books, 2018), a huge Japanese hit only recently translated into English, has quickly acquired a Western fan base thanks to 36-year-old first person narrator Keiko Furukura, whose account of what it’s like to be “different” in a schematically ordered society hostile to outliers is both funny and chilling.

Emotionally unreactive, a trait she’s exhibited since childhood, Keiko is seen at the start as a misfit and ostracized. Only at 18 does she finally escape the social reprimand and ridicule that have dogged her atypical lack of “feelings,” finding work in one of her country’s ubiquitous convenience stores, in which social interaction is limited and programmed. But she begins to overstay even that modest welcome and again, now in her mid-30s, finds herself at war with social expectations.

At 163 pages, Murata’s slender novel, her eighth, is shrewdly layered and includes a near-clinical portrait of Keiko’s estrangement from human empathy, which the author uses to wryly mock Japan’s insidious conformism. Consider the fakely gleeful greeting “Irrashaimasse!” (“Welcome!”) that she’s compelled to direct at each new customer.

Keiko’s workplace, the Hiiromachi Station “Smile Mart,” offers what she perceives “…a world of sound, from the tinkle of the door chime … to the voices of TV celebs advertising new products…” These sounds “ceaselessly caresses my eardrums… The cogs of society move. I am one of those cogs.”

For as long as it lasts, Keiko is sated: “I am a functioning part of the world.”

Translator Ginny Tapley Takemori sharply renders the broad stokes of Murato’s manga-like realism. She catches Keiko’s voice as it seesaws between flat description and the anguished puzzlement of an incurable outsider.

At seven, in a park playground with other children all under the watchful eyes of their mothers, Keiko picks up a dead parakeet and runs to her mother. “We can have it for dinner!” she says. “Daddy loves grilled chicken-and that’s a bird, isn’t it!” Shocked, her mother tries to change the emphasis. “Poor Mr. Budgie. Let’s give him a funeral.” The other children cut wild flowers.

Keiko’s response: “They killed the flowers then dumped their dead bodies on the stupid bird’s grave.”

Keiko’s not too bad with logic, but emotionally maladroit.

On another playground afternoon, she grabs a shovel and soundly whacks a fellow student on the head. “To stop him from fighting,” she explains.

When her family turns to therapists, most suggest giving her more affection, an absurdly dead-end approach, since Keiko sees such attention as a bother.

She’s thankful for the day when she chanced by the Smile Mart’s “now hiring” sign. Its training manual covers how to behave at any moment during the workday. It’s a “book” she swears by.

Early on, her family was overjoyed that she’d finally fit in. Now, after nearly two decades, family and even co-workers constantly ask if she isn’t getting too old for the job. She should be married, have a real career. 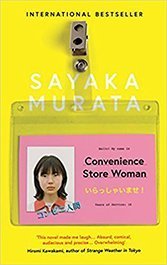 But Keiko is unmoved. At her family’s insistence, she visits her sister and the “wonderful” new baby, who wails. Keiko notices a cake knife on the table and reflects on how easily she could stop all that noise. Why, she wonders, do co-workers constantly tell her about marriage and babies? She’d like to shut them up somehow.

Then unattractive, narcissistic but unmarried Shiraha joins the Smile work force, hoping to meet and marry a rich customer. Repulsive, but not stupid, he keenly analyzes Japanese society as based on “Stone Age village rules:” must get a job, earn more, get married, have a baby, then have more. Watch out, he cruelly tells Keiko, you’re getting older and you’ll soon be useless as woman and child-bearer. The village will expel you.

She ponders this word, “expel.” Later, when Shiraha is fired as a slacker, she meets him living on the street. Again her mind whirs. She figures he can live in her bathtub “and get a daily feed.” He readily agrees: In return, she can announce a live-in fiancé. Her social conformity should stop everyone’s bothersome questions. And it does.

Though his ex-co-workers despise him, Shiraha is now feted as Keiko’s savior. Keiko’s sister rushes to meet him, and offer “the couple” advice on long-term life insurance.

This is cultural satire with plenty of smirks, but there’s no real relief from the tragedy of Keiko’s damaged character. Murato, highly acclaimed in Japan, leaves a deeply etched portrait of a suffocating society, which as a whole possesses even less empathy than Keiko.