A change in habits 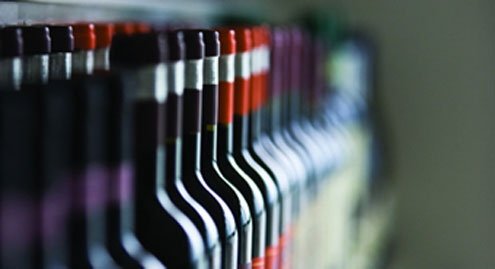 A change in American outlook?
I

recently returned to the United States to have a look at the world of consumer wine buying. Expecting to find the inevitable five powerhouse reds from Italy and the occasional low-end Chianti, I was instead surprised to see some interesting changes in East Coast wine retailers.

Scanning the selection of Italian wines in a Miami import wine shop, for example, I came across a Robert Parker-scored wine from the Bolgheri area of Tuscany, hot and humid territory where famous reds like Sassicaia got their start. The Montepeloso Nardo 2000 I found is a Sangiovese and Cabernet Sauvignon blend that has received a plethora of good press both in Italy (from Gambero Rosso) and in the U.S., where Parker gave it a 91.

Considered one of Tuscany’s new wave wines, it has softer tannins (helped no doubt by the Cabernet Sauvignon) and an intense cherry and herb flavor that helps it sell well among Americans. Knowing this, I fully expected a luxury price-tag alongside Parker’s posted scorecard. Still, what I saw made me flinch: $92. That’s more than a third more than what I paid for this same producer’s 1997 vintage, which to me was every bit as fine an expression of the terroir Bolgheri’s reds have to offer.

But that wouldn’t be my only surprise of the day. Aside from the handful of well-groomed, signature award winners at stratospheric prices, most of the Italian reds and whites were in the $8.99 to $24 price range, most from excellent and sometimes lesser-known producers.

Looking through the selections from Spain, France and Australia, I saw the same pattern, large selections of lower cost wines from vineyards better known for their wines than their glossy wine publication photo spreads. When I spoke to the clerk, he told me these inexpensive wines were receiving as much customer attention as their budget North American counterparts.

Wanting to be sure Miami’s pricing wasn’t just a sunshine state fluke, I checked several shops in Atlanta, Baltimore and Boston where I saw more of the same. Backed by consumer demand, more shelf space seemed to be allocated to imported wines with the emphasis on bottles for everyday drinking. Most sticker prices reflected costs most Americans could afford without feeling like they were splurging. At the same time, you could still find a smaller selection of high-end signature wines at higher prices.

Interestingly though, the cheaper selections in each of these locations were not European import versions of $10 buck chuck. Instead, they were the product of solid innovative and sturdy workhorse smaller vineyards, cooperatives, and some newer emerging big producers that still make honestly-priced wines. In some cases these inexpensive imports were in fact spectacular wines priced at unbelievably low rates to break into the U.S. market.

All of them seemed to be successfully winning the hearts, minds and wallets of the American wine-drinking public, proving that despite Wall Street gyrations and widespread foreclosures, the demand for quality wine, local or imported, remains a driving factor in U.S. wine purchases.

And while oenophiles on either side of the Atlantic are likely to remain divided over all kinds of wine drinking matters — the merits of old world vs. new, French oak barrique vs. Slovenian reused botte — today’s Americans consumers seem to have turned a corner by siding with their Italian cousins when it comes to picking good wines and contained prices.

In swaying towards a more European connoisseurship in their wine-buying habits, Americans have put themselves in a better position to get around ongoing economic woes. They’ve endorsed affordable wines, and by doing so have created an ever-larger selection of quality ones.