A caution to India 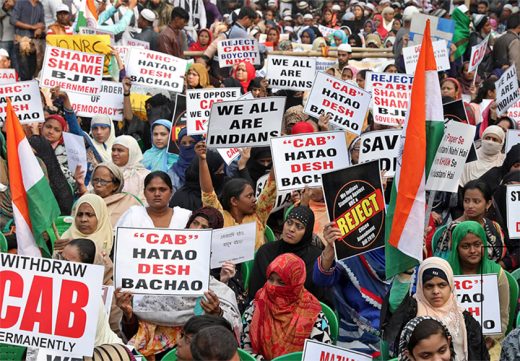 Protests against India's new nationality laws have been intense, with the country's Muslim community leading the way.
I

n 2019, Jamil Jivani, a social entrepreneur based in Canada, published a book called “Why Young Men: Rage, Race and the Crisis of Identity.” In it, Jivani takes on the herculean task of examining why young men drift toward violence. He uses his own story of having endured racism as a child as a backdrop for a broader examination of global extremism.

In response to the racism he encountered, Jivani, by his own admission, nourished growing resentment that eventually turned into rage and finally into violent thinking.

Despite initially dabbling in gang culture as an outlet for his anger, Jivani was able to retreat from this path and turn his life around. Still, he’s very aware his situation could have turned out differently. “I wondered if ISIS’s success at recruiting young men in Europe was a more extreme example of what I had seen in my own life,” he writes. 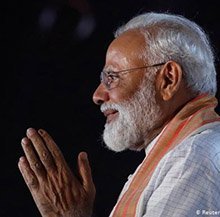 Although Jivani’s experiences are rooted mostly in greater Toronto, where he grew up, his words loom large if one stops to consider what’s going on in India these days. And perhaps draw a lesson from them.

In mid-December 2019, the Indian parliament passed, and the president signed into law, a fundamental change to the country’s citizenship law. Now for the first time, religion will be included as a criterion for citizenship. This move immediately deepened concerns that a country founded on secular ideals, unshakable for more than 70 years, might be edging toward a new status as a Hindu state, one that treats its Muslims as second-class members.

Technically, the new law does not affect Indian citizens, Muslim or otherwise, in any way. It instead creates an expedited path to citizenship for illegal migrants from three of India’s neighbors, provided they belong to one of six specific religions. Islam is not included among them.

But when coupled with the government’s stated intention of creating a nationwide registry that compels citizens to prove their citizenship or be stripped of it (already imposed in the northeastern Indian state of Assam), there is palpable fear that Muslims could be singled out and ultimately rendered stateless.

There is palpable fear that Muslims could be singled out and ultimately rendered stateless.

Predictably, India has responded with some of its largest protests in decades. The government of Prime Minister Narendra Modi, a Hindu nationalist, continues to insist that the law was intended to ease the citizenship process for persecuted minorities, but the nationwide protests, which have extended well past the Muslim community, decry what they see as an assault on secularism, religious freedom, and human rights. On its face, the move certainly seems like the latest installment of a methodical government plan to marginalize Muslims and stoke Hindu zealotry. But as important as these issues are, my broader point has less to do with religious freedom and secularism than terrorism and violent extremism. And how we may be witnessing India’s impressive domestic immunity from these forces beginning to slip away.

Despite having the second-largest Muslim population in the world, India, whose overall population stands at some 1.35 billion, has not thus far fallen victim to the kinds of radicalization and domestic extremism that have plagued not only Muslim countries but also some non-Muslim-majority countries.

As an example, take the influence of the Islamic State, or ISIS. Data is sketchy, as it always is in these sorts of things, but by most accounts, Islamic State recruits have come from almost every country that has a sizable Muslim population. One country not included to any appreciable extent is India.

According to a 2015 report by the Soufan Group, approximately 30,000 recruits had by then flooded Iraq and Syria to fight for the Islamic State. The report identified the top sources of recruits as the Middle East (8,240), the Maghreb (8,000), Western Europe (5,000), nations of the former Soviet Union (4,700), Southeast Asia (900), the Balkans (875), and North America (289). India did not even make the list. Similarly, Radio Free Europe published a 2015 study identifying the nationality of foreign fighters in Iraq and Syria, and again, India did not warrant a mention.

In fact, an informal survey of publicly available data will find India mentioned only in a 2018 study by the Observer Research Foundation, which estimates the number of Islamic State recruits to be less than 100. For a country with a Muslim population of approximately 200 million, it’s a per capita rate of essentially zero.

This is remarkable. But what really separates India from other Muslim countries with low recruitment rates, such as Pakistan, is the relative lack of domestic terrorism, which is to say terrorism perpetrated by Indians against the Indian state itself. A map of domestic terrorist incidents in South Asia from 1970 through 2016, assembled with data from the National Consortium for the Study of Terrorism and Responses to Terrorism, shows terrorist events clustered in all of India’s neighbors, but India itself as relatively clean. There are a couple of hot spots in Indian territory, notably Jammu-Kashmir and the northeast states, but it is widely believed that terrorist activity in these regions is being actively fomented by outside forces.

Al-Aswany reminds us that every victim of repression has the potential to become a domestic terrorist.

Similarly, data compiled by the South Asia Terrorism Portal shows a precipitous decline of total terrorist fatalities in India from a high of 2,500 in 2000 to less than 400 in 2018. Taken together, this information clearly implies that although India continues to be the target of intense transnational terrorism, domestic terrorism, and thus radicalization, is minimal.

Explanations for India’s relative resilience to radicalization are complex, and a full accounting is far beyond the scope of this column. But one can logically infer that part of the story is India’s vaunted secularism — a recurring theme. According to Dina Rapp-Hooper, a counterterrorism correspondent for National Public Radio, more than any other single factor, discrimination — not poverty — has a direct link to terrorism and violence. Her reporting suggests that radical terrorists nurse resentments born from discrimination.

Alaa Al-Aswany, an Egyptian writer and activist, agrees, writing recently in the “Washington Post” that history teaches us that repression, rather than extinguishing terrorism, stokes its ferocity. He reminds us that every victim of repression has the potential to become a domestic terrorist. India, to its great credit, has thus far avoided this kind of repression in its treatment of Muslims.

This brings us back to the lessons at the core of Jivani is warning. According to one review of his book, he “makes a compelling case that radicalization grows out of marginalization.” One can only hope that India’s government will pause to consider this as it marches steadily ahead toward marginalizing almost 15 percent of its own population.