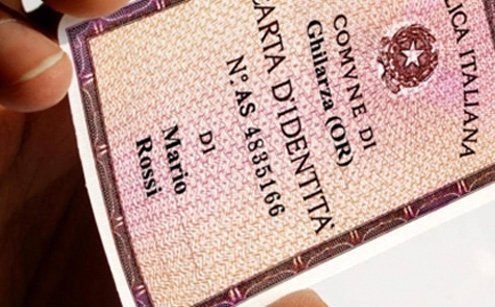 Italy doesn't recognize gay marriages in other nations, so you have to wait a decade to apply for citizenship.
S

ome of you may remember Johnny Cash’s 1969 Grammy Award winning country hit “A Boy Named Sue,” a ballad about a father who names his son Sue hoping that having a girl’s name will shame him into standing up for himself and help make him into a real man (never mind bad parenting and a blatantly homophobic subtext). The song did call attention to the importance we give to names and how society uses them to sort people into distinct male or female boxes.

In the 1950s and 1960s, particularly in Milan, it was trendy to give babies the middle name Maria — after the Holy Virgin — hoping to win over divine grace. Gender didn’t matter. In fact, my husband Alberto’s middle name is Maria.

But names can be tricky. I have a Canadian friend in Milan named Andrea who in official or formal situations often uses her first and middle name, Andrea Katherine, because Italy considers Andrea a boy’s name. People never seem to tire of telling her that. One municipality outside the city even went so far as to refuse to register a newborn girl whose parents had named her Andrea.

If Italy is so concerned that a name match a preconceived masculine or feminine category it might want to consider placing an image of genitals beside names and faces in passports and domestic identity cards to avoid unnecessary confusion and distress.

If only the bureaucratic world took an interest in logic, which it doesn’t.

But it was only when I applied for Italian citizenship that I learned just how important gender designation by name could be. Italy still doesn’t my recognize my Canadian marriage to Alberto, which made it impossible for me to apply for Italian citizenship based on spousal considerations. Instead, I had to apply as an independent applicant, which meant a 10-year wait. A decade later I was pretty much Italian so it seemed only logical to become a full participant in what had become my own society. I went ahead with the process.

First, Alberto and I had to go to Canada to get all the relevant certificates and documents: police report, original birth certificate, and so on. Once we’d collected and officially translated everything we were finally ready to fill out the application.

The first space on the form called for my full name, the second requested my gender, the third my civil status — single, married, divorced. This presented a problem. According to Canadian law I am married. Any other answer is false. But according to Italian law, I am not married, end of story. On the advice of our lawyer, I circled married and added, “not recognized in Italy,” violating the cardinal rule of all bureaucracy. Never answer outside the box. The fourth space required the complete name of my spouse, so I wrote, Alberto Maria.

I worried the application would be rejected outright or simply dispatched to “The Land of Lost Applications.” All I could do was wait and see. Every few months I’d check in on the official web site. “Being processed,” said the website. Months and years passed in the company of those two words, “being processed.” I became convinced my application would just sit there until someone finally got around to stamping “rejected” in big red letters.

Then, one morning in February, nearly three years after I’d sent in the original paperwork, a Milan City Hall official appared at my door with a pile of documents. They needed to be signed immediately, he told me. Italy had already been taken to the European Court for not responding in a timely fashion to citizenship requests and my case was a good example of why. They were now rushing the application through. I signed a number of documents, got an appointment to deliver my birth certificate to City Hall, and another for a swearing-in procedure a few weeks later. That was it. I was Italian.

Who can really say what goes on inside the giant bureaucratic machine? Maybe nobody noticed or cared that I was married to a man. Some might claim it was divine intervention because my husband bore the name of the Holy Virgin. Or just maybe, in their bureaucratic haste to process my application, they read married to Alberto Maria and assumed — since surnames are listed first in Italy — that my spouse was a woman.

Whatever the reason, like the boy in Johnny Cash’s song who discovers it was really an advantage that his father had given him a girl’s name, I can now attest to the advantages of being married to a boy named Mary.