A book by its cover 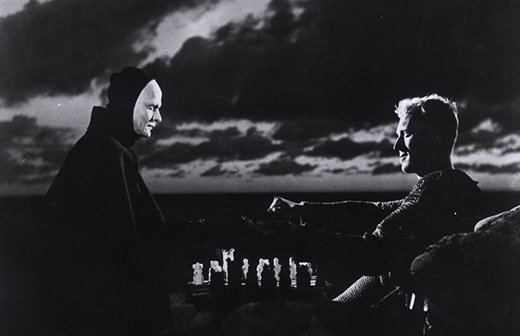 But are the apparently smart ones always good people?
I

often have to refer a patient to another therapist. It’s hard enough to turn someone away because I know how hard it can be to for someone to enter therapy in the first place. It can take courage to make that first call. I also know that making a referral, even to someone I’m convinced is a better therapist, all too often results in the patient never making that second call.

There’s another problem: I know my fellow therapists mostly as colleagues. I don’t necessarily have any special insight into how they might interact with a patient. I’ve been very surprised, in fact, to find that some therapists I presumed were sensitive and flexible turned out to be rigid and lacking in empathy with their patients, and sometimes I have heard wonderful things about others I hadn’t thought of.

Then there are those – whether parents, teachers, employers – I find very likeable, only to learn through their children, students or employees that niceness to as a peer doesn’t carry over to their behavior towards people dependent on them.

It’s easy to see those we know in superficial terms, believing the face they present to the world is the whole of them.

In my courses, I explain my position that it’s our experiences, especially as children, that determine pathologies such as depression, bulimia, drug addiction, and even suicide. Every year someone tells me they have a friend who is very depressed (or addicted or suicidal). They usually know the family of this troubled friend and take pains to tell me that all its members are really nice. “Can’t it just be that it’s some chemical imbalance or brain problem?”

I tell them I know plenty of people who seem to come from strong and stable circumstances. But scratch beneath the surface, I add, and a story can spill out.

I have friends and acquaintances whose parents couldn’t seem more stalwart. I knew these families, have lunched with them, have been a guest in their homes. They were sensitive and generous with me. Everyone assumed the children of these parents were lucky.

It’s our experiences, especially as children, that determine pathologies such as depression, bulimia, drug addiction, and even suicide.

But after a while, pieces of a larger story began emerging. Often, the children offering this inside information weren’t even aware of how horrific the details sounded. They’d blame themselves for not expressing just how hurt they were. They saw themselves as so “bad” nobody should tolerate them — of course their parents had “lost patience” with them. Then, bit-by-bit, over time, fleeting mentions of violence crept it: “when she kicked me in the stomach” or “when she told my dad to hold me down so she could punch me.”

These experiences have taught me I can’t rely on how adults in non-stressful situations act in my presence. I can’t use that interaction to understand how they treat their children, their students, their patients.

A patient once asked me for the name of a therapist for his very disturbed father. The father was oppressive, violent and often sadistic. The patient was particularly concerned for his younger sisters who were still at home. He didn’t want them to suffer as he did.

The patient explained his father might be willing to accept therapy. He’d been depressed since his wife’s death. But if he did, the father wanted the therapist to be someone of prestige, with an impressive office and a strong and authoritative presence.

I thought I had just the person, a therapist I respected for his intelligence and brilliant and sensitive case studies.

It was a disaster, and the son came to me deflated. This supposedly brilliant therapist had told his father that he didn’t really need therapy and all would turn out for the best.

Since then I’ve been very careful. Reputations based on the evaluation of colleagues no longer impress me, nor do my own views of those colleagues.

To know a parent, look at their child and keep in mind that the true story won’t emerge easily. To know a teacher, ask a student. To know a therapist, you probably have to ask their patients.