A bitter May Day for Europe 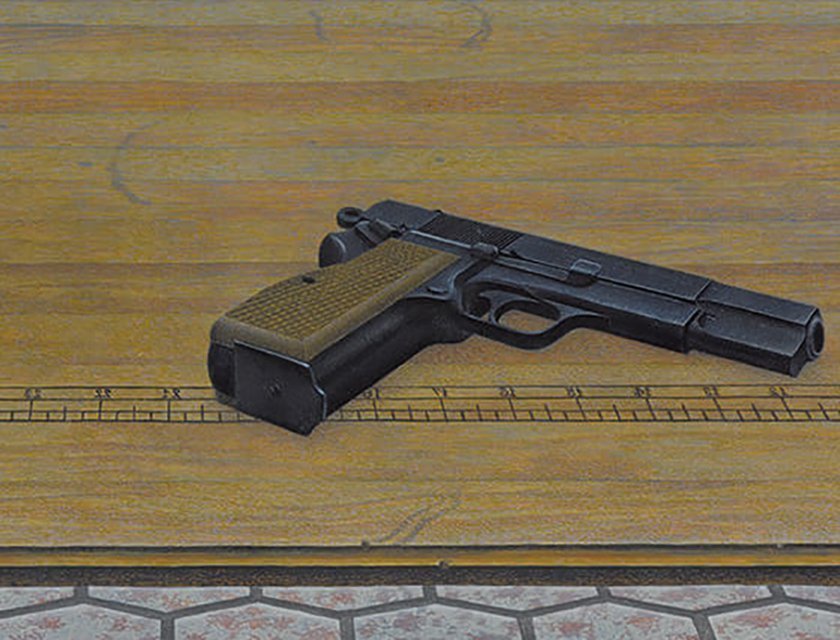 Times like this can push you toward the edge...
T

hose who would give up essential Liberty, to purchase a little temporary Safety, deserve neither Liberty nor Safety. • Benjamin Franklin

Exactly forty days ago I pulled out my handgun and placed it on the table. It’s not easy to obtain a gun in Europe. The process of getting a license is strict, expensive, and time-consuming. One needs to be determined, and God knows, I was. Why? Because I desperately needed a way out and wanted to give myself an opportunity for a clean, painless death, when the time came. That time would be when the world, to me, had become unlivable. Already, the planet is so overpopulated that eventually we’ll run out of food and water. They say hunger and thirst kill you slowly and painfully. So I chose a bullet.

Now that a tangible recession has hit the planet and shows no signs of going away, I have established a new daily ritual. I wake up, drink some water, pet my dog, and I sit at my two-meter long table, conducting an experiment. I put the gun to my temple, sometimes in my mouth, and I observe what happens. Am I shaking? Is it my time or maybe not quite yet? Do I have the courage? My hands start to tremble within a second and I feel the weight of the gun. Cold sweat starts running down my back, as my heart is racing. No, I cannot do it. Not yet. After putting down the gun, I light a cigarette and wait for my heart to calm down.

Then I take valium, or if I’m really desperate, Xanax. Then I try to carry on. I try to survive yet another day.

In buying a gun, one needs to be determined, and God knows, I was.

Thirty days ago, in March, I fired all my employees. They were much more to me than just a workforce. They were part of a small but successful company with a seven-digit turnover. That company is in agony now. Its fate will be determined in the coming months, its future dependent on the course of the economy (as shaky as my hands) and whether lockdowns end, and if they do, the date of their lifting. Waiting is painful. I struggle to keep a straight face and not sound worried on the phone. When my ex-employees call me I tell them all will eventually return to normal, we just need to wait. When my mother calls, I lie and tell her that I’m doing fine.

In the meantime I bought five new sets of bed linen. I sweat so profusely at night that I need to change the sheets daily. I suffer from nightmares in which I am homeless and broke. My nerves are wrecked. I keep reminding myself that I’m very privileged simply to have a bed. In some parts of the world people are forced to sleep in slums. Some are ordered “home,” often to a slum, and told to keep a two-meter distance from others. Ridiculous, isn’t it? But we all have been humiliated in one way or another in recent months, excluding billionaires on their private islands.

But I know I will not. I will not be, nor will many others who belong to the middle class and those below. There will be no money for good health care and education. No money for improvements, for road works and for planting new trees. My country’s debt per capita will skyrocket. It’s really not a joke when otherwise rock-solid countries, such as Norway and Switzerland, worry about their finances. The United States is going to pump in two trillion into its economy. Does anybody know off-hand just how many zeros that amounts to? I do, and I also know it’s not enough. Money must be made, not simply printed to suit the circumstances.

We’ve lost something bigger than our economic wellbeing. We’ve lost our dignity.

Some of you might dismiss that as not your problem. You might already have a pension and various kinds of possessions, including real estate and ample bank savings. To which I ask, have you ever heard of hyperinflation? It’s what happened in Germany before the Nazis took over, and more recently in Venezuela and elsewhere. Suddenly your money is virtually worthless. Do you really want to trip over homeless and hungry people when all you were after was a jog? If your financial status is loftier than that of the rest of us you might want to start looking for that private island, and some bodyguards. They’ll come in handy. And you might want to get a gun.

A collapsing economy is one thing, but in these two months we’ve lost something more important than our economic wellbeing. We’ve lost our dignity. Governments told us to go hide at home and stay put, and we obeyed. It was for the common good, they said. They told us to give up our jobs, and we nodded. They insisted sports of any kind was out of the question, so we did push ups in our bathrooms. They banned our travel, closed our airports, and we just sighed. I had always thought to myself that people in such circumstances would become more like tigers: even when trapped, tigers show their teeth and growl. But no, we are nothing more than hamsters. Give a hamster water, food, a hamster wheel (with some Netflix) and it will agree to anything. It will continue it’s meaningless life.

I am ashamed of us Europeans. There were days when we showed that freedom meant something to us. Recently, some Americans took to the streets against this suicidal confinement, and I applaud them. It has nothing whatever to do with politics. I am proud that some at least have not forgotten what makes life worth living, and in doing what they did they honored the memory of Benjamin Franklin’s famous words. But I am under no illusions. Europeans will not follow their lead. We will stay locked up as long as our dictators instruct us to. But make no mistake: when they finally let us out of our cages, we will realize in a second that our world is gone. We will weep, we will regret, but by then it really will be too late. In fact, it already is.