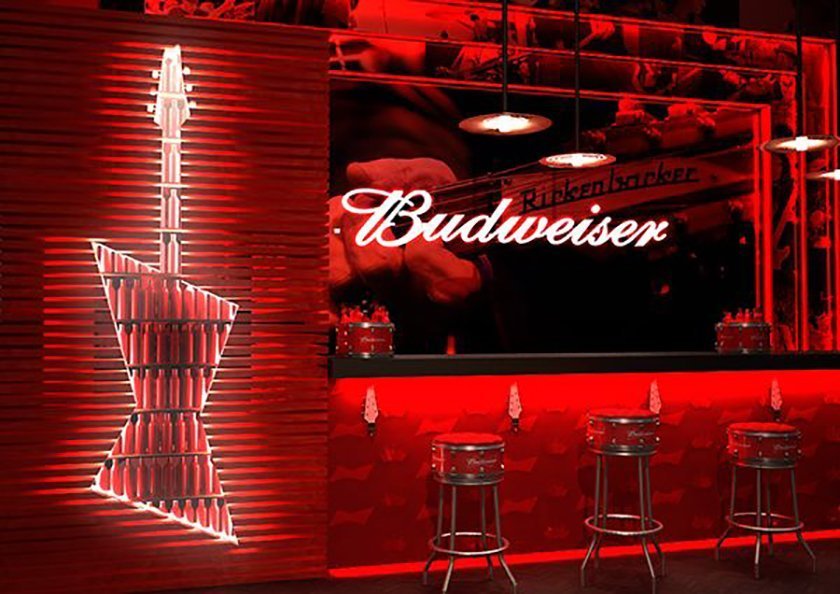 Why all the fuss about craft beer when the best and least pretentious stuff is old school?
B

eer was an integral part of my childhood. When I was five years old, my teenage brother taught me how to change a beer keg tap. Everyone gathered in the backyard, while I expertly pulled off the lever and stuck it onto a new barrel, barely shorter than me.

I would soon come to enjoy the praise heaped on me by the high-school kids that came to our house to watch a small child tend bar.

Why all the fuss?

Growing up, beer was such a fridge staple that my mother once accidentally sent me to fourth grade with a can of Miller Light, thinking it was soda. That was a special day. I was no longer teased for my usual beef tongue-on-pita bread sandwiches, with a side of lettuce. I was the most popular kid in the cafeteria, fielding offers to trade my booze for Gushers, Snapple, and fruit roll-ups. Once in high school myself, I attempted to perfect the art of the beer bong, speed drinking 40 ounces (1.2 liters, for the logical countries out there) of warm, bitter malt liquor, through a vinyl tube, without losing my lunch 90 seconds later. Lunch invariably won.

But, lately, it seems the beer of my youth is nowhere to be found. Over the last decade, the beloved cheap kegs of Budweiser from my childhood have been set aside to make room for sexier and higher priced craft brews. It’s a global trend even Italy is following.

Make no mistake, these drinks are not “beers.” They are “brews.” Craft or microbreweries produce just 12 percent of all beer sold in the United States, compared with multinational beverage companies, which sell more than 125 million barrels annually.

Beer has been slowly transitioning from an inexpensive backyard BBQ staple to an ethos. Craft brew is a way of life. And today’s craft brewer has no time for a cool, crisp swig of Corona after one bite of a warm, cheesy, hard-shell Taco Bell taco. Artisan brewers live, breathe and, well, drink their art, and they take themselves very seriously. Artisanal elixirs, hand crafted in microbreweries, by swarthy men with well-groomed beards should never be confused with tall cans of Natty Ice hidden away in paper bags.

Today’s craft brewer has no time for a cool, crisp swig of Corona.

The experience of drinking craft beer is an acquired taste, one I have yet to acquire. It starts with the atmosphere. Step into a microbrewery and you may want to keep your jacket on. These aren’t pubs, or restaurants, or even dive bars. An artisanal brewhouse is little more than a warehouse with a bench or two and a well-used port-a-potty, for good measure. Brewers open their factory doors, allowing the public to come inside for a drink and a peek behind the brew master curtain. And because their products are so popular, owners need not provide much in the way of décor.

While living in Colorado, I visited a few of these breweries. And on my first visit, I was excited to scarf down a juicy bacon burger followed by an amber-colored pint of ale. But I was disappointed to drive around a dimly lit office parking lot for 20 minutes and walk into a freezing airplane hangar, without a kitchen or a dinner menu in sight. Their only beer options were an India Pale Ale (imagine stuffing a handful of freshly fertilized lawn clippings in your mouth), porter (eating a bowl of burnt toast scrapings), or stout (similar to porter but with the consistency of a milkshake). Did I mention the prices? Half-a-pint of beer (less than a quarter of a liter) cost a whopping eight dollars. Eight dollars! There was a time when I could buy a 12-pack of Budweiser and a small pizza for that price. To make matters worse, their “food” selection was a choice of stale potato chips, and a handful of artisanal olives. Surrounding me were svelte Coloradans, bearded (of course), sipping their ales and spitting out olive pits without a care in the world. I nursed my bitter beer that night with a rumbling belly, and, in the ensuing years, made sure to always eat a substantial dinner before visiting a brewery.

Which brings me to another bizarre fact of the microbrew trend — product names. Scroll through a list of craft companies and you’ll find Purple Monkey Dishwasher, Even More Jesus, Amber’s Hot Friend, Citra Ass Down, Sheep Shagger, and Geriatric Hipster Club. While I am a fan of whimsy, these titles seem more like desperate attention grabs than descriptive headings. When I ask brewer friends about this quirk, they shake their heads and say, “If you tried them, you would understand.” The cult of craft brew is pervasive and persuasive.

Heaven forbid I want a light, effervescent lager to wash down a salty brisket sandwich.

I get it. Lots of people enjoy craft brews and their opinions matter. And yes, craft products should be celebrated. Yet, my beef isn’t really with microbrew lovers. It’s about the vilification of macro brews that has seized so many of my countrymen and filled them with disdain for “average-tasting” beers. And now, normal beer is in trouble. Studies show that “light” and “popular” beer sales have fallen by the same percentage that craft beer sales have risen. It seems people have collectively put down their cans of Coors and replaced them with growlers of something I don’t recognize anymore. Heaven forbid I want a light, effervescent lager to wash down a salty brisket sandwich. Instead I’m obliged to choke down an oatmeal stout, made with steel cut oats and a World War II army veteran’s leather boot. That is what real beer is these days. People are actively ditching their Busch Light and picking up a Pearl Necklace Oyster Stout instead. But who really wants oysters in their beer? Or avocados? Or pork? These are all beer ingredients that make me question whether a person wants a drink, or they’re just too lazy to make some lunch.

All of this leaves me feeling both alienated and yearning to join the club. A place where people make things with their hands and look down their noses at others who don’t. Maybe I do want to experiment with pressing watermelons, fudge, or peanut butter into an alcoholic beverage! All around the US handsome, bearded men are brewing craft beer with silly names for ungodly prices to adoring crowds, and they are extremely successful at it.

Could five-year old me be jealous? If I was able to tap a keg, surely, I can brew something delicious too. Craft beer isn’t a mystery. It just takes practice, time, and a little experience. And if there is one thing I am familiar with, it’s beer. Okay. Food, too. Combine those two things, as has been the trend for the past decade, and you get today’s craft brew craze. So, perhaps I’ve found my true calling. After all, gummy bear Belgian ale could be the next big thing.

— The reporting for this features was compiled before the COVID-19 outbreak.

About the Author: Nora Hartmann

Nora Hartmann is a freelance writer.