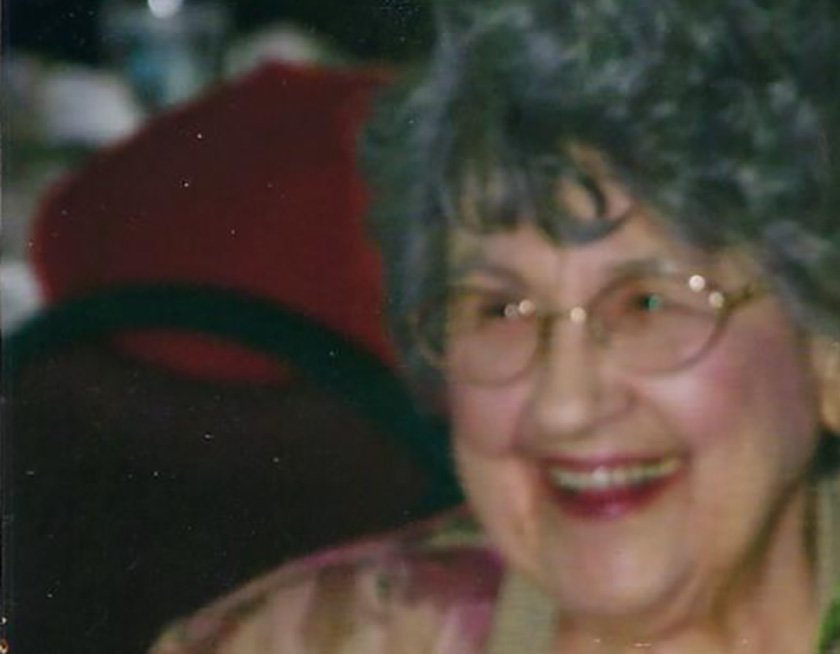 Sometimes the woman you "become" is not your mother.
I

t’s often said that women become their mothers. Ever since my mother died twelve years ago, I’ve noticed how I’ve become increasingly like her, from the big things to the little ones: the way I double cross my legs like vines, and hold my fists tight when I’m tense. How I slurp my coffee — and drink too much of it. Even my voice is hers.

I realized the latter last summer while listening to some old cassette tapes of my mother narrating our family’s trip to Europe. She was the same age I am now, and I found myself stunned to hear a person who sounded like me — a little shy, but inspired and engaged.

This was also surprising since growing up, I couldn’t stand to hear my mother talk. This was because she did a lot of it, which took attention away from me. She used the phone for work, and she talked often to her many friends. I associated her sociability with a loud voice, whereas I was introverted and soft-spoken. At least that’s what I told myself — until I played those tapes, and I heard myself in her.

If becoming like my mother has been an expected, if sometimes surprising rite of passage, the person that I’ve been even more surprised to resemble in the past few years is my grandmother — my mother’s mother. I noticed this when I became a mother, probably because my grandmother was the quintessential matriarch of our family.

For this very reason, since as a child I thought I didn’t think I would ever want children, I chafed against being like grandma — especially since I was named after her. My middle name, Mary, was her first name. But, otherwise, distinguishing myself from grandma wasn’t difficult, because, unlike me, she was loud — in her laughter and in her love. She laughed until she cried, and she gave us big, wet kisses on the cheek. Her mother was born in Italy, and she identified most with her Italian ancestry. She made rigatoni on Sunday afternoons and had pictures of the pope — John Paul II — on her walls. Grandma didn’t teach me to read, but it was with her that I learned to love stories. As she read me Judy Blume’s Super Fudge at night, I’d snuggle up against her big bosom — a sight which normally embarrassed me — and forget myself.

When I moved to Italy, and officially lost myself in another culture, I also thawed in my disinclination to be like grandma. My maternal instincts awoke when I fell in love. Even though grandma only spoke a few words of Italian herself — among them, ‘nonna’ — I felt like I was speaking her language. She spoke with her heart, as many Italians do. At least, they are more versed in speaking openly about their feelings. It’s understood that feelings are in fact the real motor behind most peoples’ lives. When I lived in Italy, I felt like I was in continuous dialogue with people who were not ‘intimates,’ yet knew me, somehow, intimately: the barista who asked about my love life, the portiere who wanted to know about my mother when she got sick, and so on. In the U.S., they coined the term ‘emotional intelligence’ for what in Italy is simply instinct.

Grandma had those instincts, too. A month after my mother died, grandma asked me, “How’s your love life?” I blushed, guiltily. Wasn’t I supposed to be grieving? I mean, I was. But part of my grief process was a budding love interest that almost no one in the world knew about. How had grandma scooped me?

She was smart like that — and in other ways. If everyone knew grandma had a big heart, fewer knew she also had a big vocabulary. She did the crossword puzzle every day, and she had a knack for metaphor. She called me ‘Dolly’ because my mother dressed me like a doll; and my brother ‘Homer’ because he was cut deep. She coined ‘ding-dong’ for that part of the male anatomy.

When I moved to Italy, I thawed in my disinclination to be like grandma.

I had my daughter Julia five years after grandma died. My pregnancy was a surprise, but motherhood came naturally. I had worried that having a baby would stall my writing, but in fact the opposite happened. It seemed to open up a creative vein; my favorite time to write when Julia, now three, was a baby, was as she napped in the crook of my arm. Her nap time is still my favorite time to write because it feels like my secret — and sacred — hour.

I hear myself mothering Julia like grandma mothered all of us — her four kids, seven grandkids, and two great-grandkids. In a few words: Julia is indulged. This might be because she’s my one and only, and she came mid-life. Or because she’s very cute. I give her wet kisses; I pinch her dimpled cheeks. I rub her back to sleep, and yes, she sleeps with me — sometimes, on me. She just turned three, and we are finally weaning. All my nicknames for her would be an entire story, starting with ‘sweet potato.’ “Are you going to call her ‘peach pie’ when she’s twenty-two?” Julia’s dad asked the other day.

As for me, my aunt, grandma’s youngest daughter, tells me, “I’m going to have to start calling you grandma.”