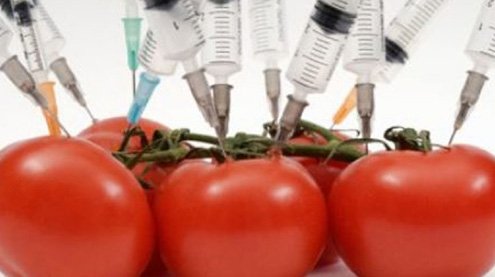 Defensive eating has made impressionable consumers worry about the latest book or report.
I

know some people who don’t blink an eye if their yoga guru tells them to drink a liter of apple juice seven times a day to flush out their gallbladders. They just follow orders. Others see embracing soy and abandoning animal protein as a sure way to save themselves — and the world — from dread diseases (real and imagined). Still others declare war on grain or, conversely, on anything cooked.

What’s going on here? Why this terrible mess?

Nobody seems to know what’s good for them anymore. Will cake be outlawed? How about lasagna? Hardly anything is allowed except maybe chocolate and avocado.

A look at May’s New York Times “food and fitness” bestseller list shows that nine out of the 10 books listed are pro-vegetarian, vegan, and anti-gluten screeds. All are oriented towards so-called healthy eating.

But what they call healthy, I call alarmist.

Think about it: do you know anyone who doesn’t have some kind of digestive problem or an allergy, however slight? Probably not, or very few.

It’s not surprising that people look to food as the cause of their woes and see changing diets as a way of repairing their ailments. Food is a basic necessity; it’s our primary medicine. That part I understand. What surprises me the near-religious fervor focused on avoiding certain ingredients or preparation methods (if you don’t steam, you’ll die!). Just as surprising is the complete disregard of the causes of the phenomenon, which the impressionable just bypass.

So, to recap, here’s how the knee jerk thought process goes:

I trust you feel energized and healed after making this leap of faith. I’m sorry to say, I wouldn’t.

Did you consider that plenty of soybean crops are genetically modified, some exposed to the noxious weed killer known as RoundUp (whose active ingredient, glyphosate, the World Health Organization considers a carcenogen)? Did you stop to think about the pesticide content in cauliflower and avocado? What about the preservatives in the nut butter or the antibiotics in your paleo diet meat?

Does it really make sense to eliminate something you see as potentially harmful in your diet to then replace it with something that’s heavily treated with chemical neurotoxins?

That’s the panic, my friends. It’s not about a single ingredient, but about the general lack of quality of our food and the pollutants that inherently surround it. It’s a complicated problem that few like discussing. It contains too many arcane names to make it bestseller material. Food is expected to be cheap, beautiful, exciting to sell and have a long shelf life — at least many consumers see it that way. But creating such “perfect” food is just too expensive. Shortcuts prevail, which marketing of course ignores. The response to the marketing is fear mongering.

My advice: if you can grow veggies in a pot on your terrace, bypassing sprays, then by all means go ahead. It’ll do you a lot more good than rereading the “The China Study” or other nutrition “bibles” and fretting constantly, because anxiety can do just as much damage as weed killers.

— Slice all vegetables very thinly (if possible with a mandoline slicer). Toss the zucchini and potato separately with olive oil, rosemary, salt and pepper, before layering.

— Spread the potatoes over the bottom in an even layer. Top with 1/4 of the sliced onion, the diced tomatoes, the mild cheese and the grated pecorino.

— Spread 1/4 of the zucchini slices in an even layer then top with 1/4 onion slices, tomato, mild cheese and grated pecorino.

— Top with one layer of potato and grated pecorino and lightly drizzle with one-two teaspoon olive oil.

— Cover the dish with foil and bake for 40 minutes to an hour until the vegetables are tender and lightly brown on top. Let it stand 10 minutes and serve warm.