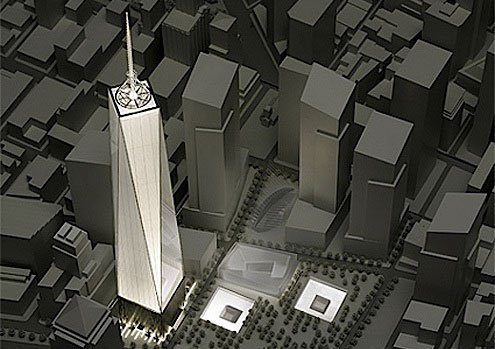 Nagging questions linger — also potentially tasteless. What if the attacks had not been caught on film? What if ...
W

hen the Cold War ended, and after the extended afterglow, a difficult question arose: what could, would become the West’s next anxiety investment?

The architecture of modernity as defined by the evils that led to World War II requires a component of dread against which the values of the anti-dread are measured. Trauma, the most ardent concept produced by modern thinking, depends on monsters to measure society’s ongoing accomplishment. No case for peace can function systematically without established menace as a counterweight.

And peace itself is a wily misnomer: it usually means tribal or national security against the established menace.

For centuries, the menace was abundant religious zealotry. From about 1750 forward, enlightened secular states distorted aspects of religious rigor to suit national ambitions.

An admixture of distortions produced fascism and National Socialism, state zealotry in effect. A response to zealotry itself came from communism, which offered different enthusiasms. In essence, however, all these movements depended on brawn, righteous or otherwise, as central to power.

The rules of brawn began coming undone in World War I, when the scale and means of slaughter challenged enlightenment itself. The rules collapsed entirely — or seemed to — two decades later when two state management systems, Nazism and Soviet Communism, used human extermination as an aspect of governance.

When the inhumanity of that governance was fully exposed, first at the death camps and later when the premeditation of Stalinist barbarism became known, first trauma, then national neurosis, took over: monsters could and would arise, enlightenment notwithstanding.

A “good” state was one that accepted that monstrous aberration exists and exercised vigilance to preempt it. A “good” state would also cauterize trauma by acknowledging menace and preaching security as dogma.

Between 1945 and 1989, Soviet Communism validated the need for a “good” state, one that possessed an informed (God-fearing) citizenry as opposed to an (atheistic) enslaved one. The paradigm — broadcast relentlessly — was security, ethical and military, against nuclear conflagration.

But the deflation of the Soviet balloon shockingly stopped menace in its tracks, or seemed to. Some pundits suggested one kind of history had ended. In the seizure of reckless affluence that was the 1990s, cracks widened. Rich states got richer, poor ones poorer. States “uncled” to one Cold War side or another lost their internal logic. The fundamental nuclear menace receded suddenly, leaving the history without vaudeville. The presence of thug dictators such as Slobodan Milosevic and Saddam Hussein, salesmen-tyrants in the 1930s mold, hardly dented the jaded scene (NATO bombers and sanctions notwithstanding).

Menace had lost the plot. And this is a problem because an affluent, spiritually-inclined, psychoanalytically indulgent population needs one. When the challenge is slaying neurosis, not foraging for food, external menace is a must. Peace is a buzzword for feeling safe.

Poking at September 11 five years later doesn’t require a smarter reading of satanic verses but a better understanding the nature of a post-nuclear, Freud-wise America whose attention span depends on images, not words. In one sweeping gesture the plotters provided timeless images to stand for all dread. They also reestablished history’s vaudeville, reinstalled security as the defining condition of peacetime, and generated phobic anxiety on an grand scale. They unwittingly committed the first major act of the post-Cold War. States long in the tooth in the nuclear standoff suddenly got terrorism in its tonic stead.

That, tastelessly, is bang for your buck.

In this regard, nagging questions linger — also potentially tasteless. What if the attacks had not been caught on film? What if they had occurred at night? What if they’d failed, or if the towers had withstood the impact? What if, instead of collapse, the New York image was one of endurance and structural fortitude, of a flag that, hewing to mythic anthem lines, was “still there by the dawn’s early light”?

Retaliation against Afghanistan — whatever the outcome of September 11 — was a forgone conclusion. It is a time-honored tradition to attack the “home” of the zealot who conspires against you; the United States did so against Libya, albeit less forcibly, in 1986.

But Iraq? A less drugged public might have endorsed the drum roll while naying the fool’s errand. A president less emboldened by adolescent viscera and ramrod amnesia might have required stronger arguments for a bad decision.

Smelling salts went missing in 2002 so the debate is academic.

Nothing rationalizes the lucidly bleak alchemy of September 11. Not flawed American policy. Not dalliances with dastardly regimes. Not big bad America versus disadvantaged world. Context, while useful in hindsight, is not mitigation.

High-stakes terrorism is real and has been for some time; the United States faced it late, and in the meanest possible way — with acts commensurate to its strategic importance.

At the same, however, American history was hungry for a fresh meal, for an updated vernacular of rage, for means to return to a normalcy of menace that most ruling classes cannot live without. Global drama post-1989 had lost its pace and theme. Distortion seemed passé. Trauma and psychodrama, peddled nationally as entertainment, tasted forced. No longer.