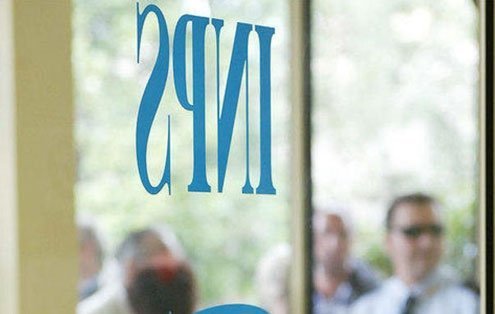 If you've paid into both Italy's INPS and U.S. Social Security, you may be eligible for double benefits.
B

enny Fitz is an American citizen who lives and works in Rome. One lovely Saturday morning he checked his mail before stepping out into the bright winter sunshine. Lo and behold, there he found an official looking letter from the Istituto Nazionale Previdenza Sociale (INPS), the Italian equivalent of the U.S. Social Security Administration (SSA).

“What could it be about?” Benny wondered uneasily, since he’d been paying into the U.S. Social Security system for the previous 26 years. His trepidation seemed well founded, at least at first. The letter contained a request for €9,251.30 (about $11,800), including penalties, for failure to pay into INPS — just for the calender year 2007.

So much for that nice carefree walk…

Confusion persists over which social security system Americans who work and maintain residence in Italy should pay into, especially among the self-employed.

It shouldn’t. In November 1978 the two countries signed an agreement on social security benefits. It specifies not only which system to pay into but also how to demonstrate proof of payment (should the country not receiving payments demand them), how to claim benefits, how contributions made into both systems can be combined, and how to obtain benefits from one of the two sources when your situation entitles you to them.

Three key factors play a role: citizenship, the kind of employment, and the employer’s nationality. Here are two fundamental rules of thumb:

Benny fell into the latter category. Now he had to prove to INPS that paying into the U.S. system was legal and correct. But how?

Under the terms of the 1978 agreement, an individual can request that the SSA issue a “certificate of coverage” to be shown to Italian authorities. Under the opposite circumstances, INPS is compelled to issue a similar certificate valid for viewing by the SSA.

An employee must ask his employer to obtain the certificate, while self-employed workers must make the request on their own behalf. Once issued, the certificate serves as proof of coverage and sets out the date that coverage began. Benny did this and presented his U.S. certificate of coverage to INPS, which cancelled the bill.

The 1978 agreement also stipulates that if an individual holds dual U.S.-Italian citizenship and lives and works in Italy, he or she has the option of choosing which national system to pay into. This is true whether the individual is an employee or self-employed and regardless of the nationality of the employer. The only requirement is that the choice of systems be made within three months of beginning work.

Each system has minimum contribution levels that must be reached to qualify for pension benefits. At present, the U.S. minimum is 10 years, with full benefits available at age 65, though reduced benefits can be had beginning at age 62. In Italy, the minimum number of contribution years is 20, with benefits payable in full at age 66 for men and age 62 for women.

When a person has contributed to both systems, the agreement also provides for the “totalization” (or combining) of benefits. The prerequisite for totalization is 18 months of contributions to the U.S. system and 12 months to the Italian system. Payments made over and above these minimums can be used to determine whether an individual qualifies for benefits from one of the two systems, or both.

Whether the benefits come from one side or the other, or both, the total amount will depend on a number of factors, including age, payment years, and the amount paid in.

The Monday after Benny got the INPS letter, he called the U.S. Federal Benefits Unit at the American Consulate in Rome to determine his next move. A conversation with a helpful employee led him to understand that by having contributed to the American system for 32 years — six years while working in the U.S. after college and 26 years while in Rome — he had far more than the minimum necessary to qualify for U.S. Social Security benefits. The Consulate employee told him that he could also be eligible for an Italian pension if he had made payments for the minimum 12 months required.

Benny recalled paying into INPS when he had first come to Italy as an employee of an Italian company. Had he not done so, the option of paying INPS would nonetheless still be available to him during the remainder of his working years.

After thinking about what he’d learned, Benny was delighted that the problem, which seemed daunting at first, had led him to call the consulate and learn about his pension options. Now he could go for a lighthearted morning walk, and celebrate with a perfect caffè doppio.