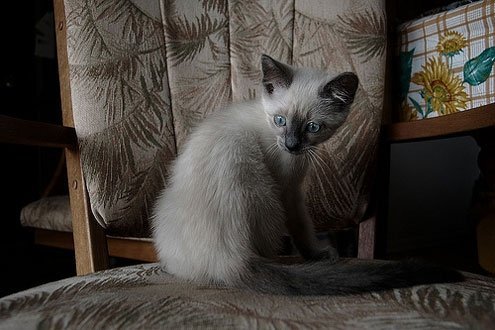 No neutering allowed...
I

meet a cat-lover at the airport. Furtive meetings aren’t my style but he’s passing through on his way to Moscow. He shows me his new digital equipment, a phone, a pad, a laptop. He tells me about a new American commercial. “You want cats?” a voice asks. “Now you can have all kinds!” It’s for a new device that lets you surf for animals, your own and others, and see them in HD. On it, his cats appear to jump from the pad and stalk the airport, his children giggling in the video background. “Is that cool or what?” Yes, I tell him. Moscow is too far from San Francisco to disappoint a friend and his virtual cats.

“The world,” wrote Wittgenstein, “is all that is the case.” Cats (and pets) are very much part of that case. So their residency in pads stands to reason.

Next up is memory.

I once had 21 cats. Not 22. Not 23. I had so many cats I ran out of names. They lived in the basement and procreated because I refused my parents’ suggestion that I have the first few neutered, which sounded to me like a deeply menacing act.

Fine, said my father, but you take care of what happens.

I nodded, perplexed at the “next,” until I ended up with a non-virtual 21. Twenty-one blue and seal-point Siamese cats living in a Washington, D.C. basement mostly between rafters and in nooks, 50 sets of sizzling neon eyes.

I was at home with my cats. A loner, I considered them my friends and advisors. I’d make decisions depending on whether certain cats approached me or turned away. It ordered an otherwise random universe and seemed briefly to make it palatable.

All went relatively well until my pre-pod brain decided that I should actually be one of them, a cat, or more precisely, try to think like one.

To accomplish this, I climbed up into the rafters and sat for hours, looking at the concrete floor below. I’d eye water and food. I made high-pitched squealing sounds that to me sounded like meowing but that the cats found either annoying or unconvincing.

I also made several ill-advised attempts at pouncing, which left me with a bruised shin and definitively put me on the feline outs. My cats soon pegged me for a sad imitator and, to quote today’s vernacular, deemed my efforts lame.

The point of cat-copying was learning to observe. My father told me stories of being a spy-trainer in World War II. Once, at the start of his adventure, a veteran English intelligence officer had driven him around the British countryside apparently at random. All went well until the spy asked how many telephone posts the car had passed in the previous 15 minutes. My father hadn’t counted. Lesson one was look, watch, absorb, think.

Reading came hard for me. I was easily distracted by sounds and taken in by daydreaming. I spoke in shy clumps of small words. As a cat, I could be eloquent in nonverbal ways, focused on necessities alone, dependent only instinct (and a non-feline lust for sour cherry gum).

My cat-shaping phase lasted about six weeks, interrupted only by my neighbor Byrne and his sisters, who petted the cats and wanted to know if I was still crazy, and how much longer I intended to camp out in the rafters. I usually answered with a hiss.

The exercise ended abruptly when my exasperated father made a rare basement pilgrimage to deliver a painful announcement. “Christopher, you are not a cat. Stop it.” He then went back upstairs.

It was crippling realization, at least for a while, to learn you couldn’t be something else (which later would include being someone else). It was hard coming down from rafters to the real world, and harder still, a few months later, to start giving my cats away, dismantling my own population. Their aloofness saddened my romance: They didn’t seem to care much where they were headed so long as food and water lay in store.

My airport friend now shows me a tablet application in which “multiple” digital cats can be made fly, or to compose a mosaic in the form of spiked whiskers. “It’s so cool how many things it can do.”

I nod and suddenly blurt out that I once had 21 cats which lived in the rafters; that as a boy I wanted to be like them.

He looked bewildered. “Were you sick?”

Maybe I was. Or maybe I was just adrift in a realm that the on-order digital world has defeated or made obsolete. Who bothers counting telephone polls when Google maps can do it for you?

Wittgenstein embraced one kind of defeat as a badge of honor. “There are,” he said, “things that cannot be put into words. They make themselves manifest. They are what is mystical.”

And while pads, panels and tablets are geared to imitate the mystical, daydreams, as I choose to remember them, are something else entirely.