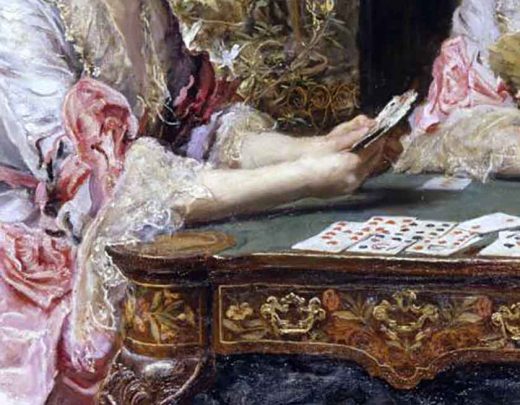 hen you have a regular writing assignment such as this column, your brain runs a constant background search for the next topic, sometimes with surprising results.

For some unknown quirk of free association, Thursday night dinners at the University Club in the small, midwestern city where I grew up in appeared in my brain’s search bar. Had I smelled roast beef, the club’s only menu offering? Was it Thursday when I remembered? Who knows…

The club’s Thursday night dinners were typical at old line clubs, a holdover from when Thursday was the universal night off for domestic help. At our house, only my mother got the night off.

Thursday night at the U Club met all the criteria for a ritual.

A dedicated space: A “stockbroker Tudor” former house near downtown. The all-male- club originated as a place for local professionals’ and businessmen’s lunch, although the meal may have been secondary to the bar and ongoing card games.

Special food, always the same: The best cinnamon rolls ever, the best roast beef I have ever eaten (still), mashed potatoes and usually green beans. There was iceberg lettuce and a revolving caddy with Italian, Russian and Thousand Island dressings. Dessert was vanilla ice cream with either butterscotch or chocolate sauce. Hedonists had both, which was known as a “turtle.”

Officiants: Lottie and Mildred served dinner in mint green uniforms with “corsages” made of colorful handkerchiefs folded like flowers. Fred, the club manager, who had a handlebar mustache and wore elastic sleeve bands, personally selected the sides of beef from the meat broker at the Chicago stockyard (you could see them hanging through the kitchen door’s round window). We called Lottie and Mildred by their first names; they called us Dr., Mrs. and Miss Johnson.

Lottie and Mildred served dinner in mint green uniforms with “corsages” made of colorful handkerchiefs folded like flowers.

There was a theatricality to it all, enhanced by the large arched doorway that led to the bar-room beyond. Smoke, laughter, and the clink of ice cubes emanated from the darkness behind. My parents were not part of the cocktail set and I was too young.

Yet that doorway to the bar offered what may have been the most alluring aspect of the U Club’s Thursday dinner, a proscenium arch over adulthood.

My father, who was a beloved local physician, never revealed patient confidences, but he still had an immense store of interesting public information and was good at inferring. He also had a gift for storytelling. As diners entered and exited the bar’s doorway, Dad wove it all into instructional dramas.

There was Dori, impeccably dressed, coiffed, cordial and usually with another couple. Her husband was discovered to have another family on the West Coast.

Randi, who was daughter of a man who made a fortune in machine tools, went to finishing school in Switzerland and married a Frenchman with a title. She returned home, with two little daughters in twin smocked dresses, but no glamorous husband.

Then there was Dr. X, the only doctor in town who had gone to Harvard, both college and medical school. Patients loved his patrician name and credentials, but Dad and other physicians knew he was a lousy doctor.

Randi and Dr. X were cautionary tales about getting big for your small town britches.

The U Club proscenium provided a front row seat on alcohol. Thursday nights taught me that it just exaggerated what was already there. High-balls made the boring or the belligerent more so — and loud. We watched several slowly unfolding dramas of club members who took years to slide from conviviality to sloppiness and then laboriously back to sobriety.

There was the occasional political drama. Most club members were reliably Rockefeller Republicans and supported John B. Anderson, our local congressman. One week, a drunken row broke out when someone attacked one of the club’s rare Democrats, our female state representative who voted to ratify the Equal Rights Amendment.

Sometimes, even I could flesh out the dramas. Those two divorcées from fine local families who often dined together? I often saw them bring each other’s children to school.

There were deeper dramas we failed to notice. African American women—Lottie, Mildred and the unnamed genius who made the cinnamon rolls—served and cooked for us. The piano player was the only other African American there. We thought we treated them affectionately. Today there would be another word for it.

As I search for material to write about in this column every month, I am grateful for another lesson I learned on Thursday nights at the University Club. Stories are all around—you hardly have to look for them.