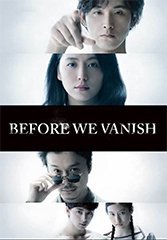 Those foraging for Godzilla XXXIII or a comparable spin-off, look elsewhere. It’s not happening here. Instead, veteran Japanese horror director Kiyoshi Kurosawa is into a different (and more nuanced) brand of sci-fi: aliens disguised as humans come to Earth to rob humans of their concepts in advance of an invasion. How to extinguish even a “run-of-the mill species” without knowing what they think about themselves, and others, and about notions such as family, power, work, obedience, materialism, and yes, love. Knowledge is power.

So it is that we’re introduced to three body-snatching aliens, a teen boy and girl and a small city husband with a wife who considers his suddenly bizarre behavior as the culmination of marital indifference. Enter a probing journalist and all three aliens suddenly have what they want: human guides to help assist them in their concept stealing.

Hokey? Maybe. Kitschy? Sometimes. But for the most part Kurosawa knows just what’s he’s after, which is a bizarrely comic parable about hypnotically armed aliens bewildered by human idiocy and humans ultimately out to make the intruders more caring, mostly because human feeling is intrinsically erratic. Teen aliens Amano (Mahiro Takasugi) and Akira (Yuri Tsunematsu) befriend venal journalist Sakurai (Hiroki Hasegawa). Aloof husband Shinji (Ryuhei Matsuda), though alien, grows closer to his “guide” wife Narumi (Masami Nagasawa) and comes to understand the strange meaning or marital bonds. The bond that develops between the two species, Stockholm syndrome with a twist, enlists the word trust. It also gives the movie its two-pronged forward progress, since teens and husband seek to meet up.

The purpose of the film isn’t to invite the latest twist on strangers from a strange — that’s been done ad nauseam — but to make viewers question the solidity of their own values system. Alien poking and prodding, and mind thievery, questions the worth of human loyalty, the legitimacy of authority, and the roles of faith and love, which will of course play a climactic role. Here’s a flick about human resilience that despite B-movie trimmings gets to its destination with considerable sensitivity and intelligence. The literal translation of its Japanese titles would be “Strolling Invaders,” and that’s much more in keeping with the not-quite-apocalyptic spirit of things.