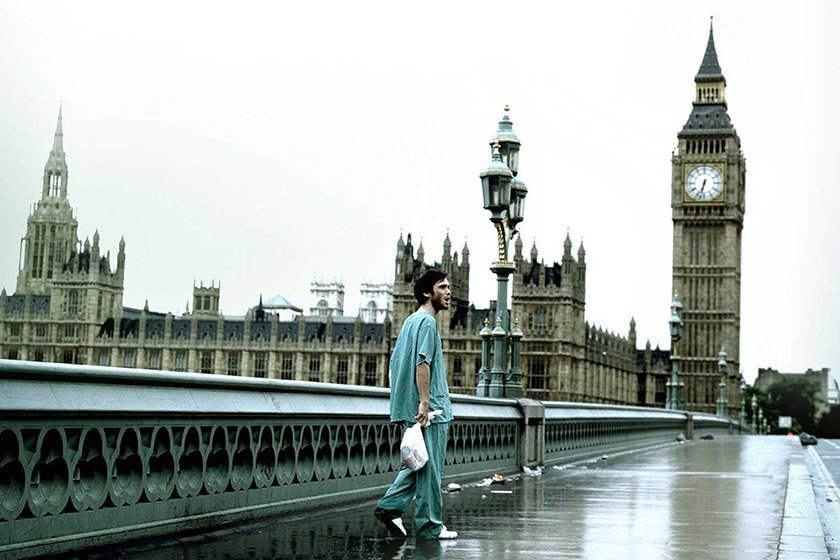 Back to the future, waiting to happen.
D

anny Boyle’s plague-driven 2002 film “28 Days Later” comes with an alternative ending. In the first, the sole survivors of decimating plague manage to escape a long out-of-use hospital under siege by the enraged infected. They wake in a green meadow and see the contrails of a jet soaring high above. Not all is lost. Perhaps the empty London of the opening was not a harbinger.

But wait for the credits to roll, which few do, eager instead to get on with life, and a second more plausible ending emerges. That first scenario was a hallucination summoned by the threatened in the instant before their obliteration.

One ending satisfies the terrified, who after 90 minutes of fright need fresh air. The second confirms what’s been evident for some time: there is no more fresh air.

Today’s Europe is living through its own horror shoot. And though its viral calamity does not offer species-canceling consequences, neither does it hint at any sort of ending. Even the plot is ragged, with key characters doing different things at different times, unable to settle on a common logic, let alone common sense. This makes the fight against the menace all the more incoherent, and for that reason unsettling.

After much fretting, nearly the whole of Europe appears to have decided to respond to the spreading sickness in medieval style, by closing as many castle moats as possible, ordering farmers and peasants to seek shelter at home.

Except that 21st-century humans, those in the West, are mostly not farmers and peasants and will begin resenting the rules they’ve been forced to accept if the malady shows no signs of abating. And so far it has shown no such signs.

The number of infected and sick continues to rise, challenging the logic of mass self-imprisonment that seems increasingly like a recipe for human self-ruin. The fictional equivalent might be an alien invasion imposed on the planet by lunatic earthlings cluelessly copying scenarios from nearly a century of B-movie fantasies.

Yet the movie, far less inventive than Boyle’s, plays on, though with no audience to watch it and sneer.

Far worse, no Western chieftain has dared reassure the worried and apply above-the-fray leadership to try to quell the locked-up crowd. No one feels obliged to play FDR or Churchill, who recognized the insidious perils of Depression era panic and wartime terror and talked back openly to despair. Instead, the American president, a key figure in times of world crisis since 1945, repudiates his international role. This in turn makes it clear that an emergency of this kind was seen as too remote and too non-Western to contemplate, let alone plan for.

Since no one can tell when the virus will slacken its pace, or is willing to say aloud that the contagion may well last many months, if not longer, nerves fray as the roaming irrational makes ready to humble all in its path.

Though the West’s viral calamity does not offer species-canceling consequences, neither does it hint at any sort of ending.

The virus itself admittedly represented something of a surprise attack, since the medically enlightened Western world saw itself as immune to global contagion, leaving such scenarios to retrograde states still at home with bat feces (and the alternative endings their molesting molecules tend to conjure up). Whatever sicknesses the African continent, India, or China hosted in their collectively dirty portfolios they would keep to themselves, sending cheap goods, but not virus carriers, the West’s way.

This presumption of removal from age-old pestilence handed the plague baton to the likes of Boyle (and his gifted screenwriter Alex Garland), who were invited to concoct all manner of terror at their whim and convenience. The only demand was that it attract an audience, and “28 Days Later” did.

This them-not-us thinking abounded in the United States before 2001, with Hollywood churning out dozens of city- and world-ending films built around mesmerizing special effects.

When fiction became fact on September 11 many struggled to comprehend what at first they thought might be some kind of cruelly subversive film fiction. What those terrorist attacks and the spread of the coronavirus have in common is that they expose the West’s belief it is vaccinated against millennia-old upheaval. Believing in such immunity limits the imagination and was once known as hubris.

In a nutshell, smart people with smart phones, living smart lives and eating smart food, while smartly trying to repair the damage suffered by a chemically abused planet should not be subject to this sort of paralyzing upheaval. In no smart world do the number of viral deaths in Italy surpass those of the bug’s host nation, China. Such things — remote from life among 1,000 brands of personal and household disinfectants — simply should not come to rest in the dishwasher West. They are alien if not somehow unfair. Ethiopia yes, Cambodia yes, Indonesia yes, Sudan and Haiti of course, Paraguay maybe. But Italy?

Accepting this is like being forced to watch that other ending, the one after the credits, the one most of the audience already walked out on to make for their cars.

Cancel China, cancel what you must, but don’t let this happen, not to Europe, and certainly not to America and its first-ness.

That’s why writers and directors are forever eager to subvert premises and endings. They want no one to feel the comforts of easy conclusions.

So Boyle and his team inserted their extra bit, but not before putting a single word on the screen:

Or as in either-or, a cautionary concept Europe claims to have included in its own script by walling off its humans while at the same time supplicating the arrival of two last words, “the end,” which the viral world, in midst of its own mass market boom, has not the slightest interest in indulging.