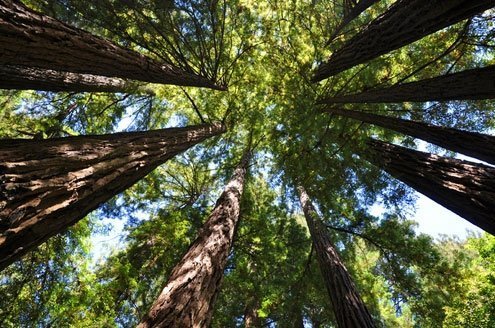 o I have “readers” out there? Readers, if you exist, do you remember me 13 months ago? If you do, you will remember me as you find me today: completely at a loss. My words were gone 13 months ago. I’d been scrubbed up and wrung out by school and a conference I’d been organizing for 10 months, which had just culminated in life-consuming amounts of work, and then ended, abruptly, in the course of a long weekend. It had ended just in time to be replaced by end-of-term papers to be written, research to be done, novels to be read, theory to be learned.

And so I find myself again. I’ve lost my words, I’ve told all of my stories, I see only redundancies in my imagination and want only silence. But this carving out, this quiet inside, is of a different kind. Last spring, I was working 13-hour days, seven days a week. I was frantic with too much to do. I couldn’t sleep. I was too thin. I ran at night instead of sleeping, hoping to earn a few hours of rest afterwards. My mind was turned on, accelerated, but I had no time for stories.

And so I find myself again, without stories. But the texture of the “without” has changed. This year it wasn’t school that carved me out, it’s not my mind that is blank now, but my heart. These months showed me loss, unveiled all my shortcomings, my weaknesses, my faults and failings. This silence inside isn’t a side effect of exhaustion, but more akin to a quiet after the storm. My heart is finally whole again, reborn, innocent and silent, blinking in wonder at the world.

This year I lost a love and blamed myself. I spent the bitter winter months hunkered down deep within myself, tearing myself open, wondering who I was. Did I know myself at all? What kind of person could allow their love to die alone? How could I ever trust myself to become close with someone again? It would only end in suffering, anger, death.

I drank and danced and laughed loudly with friends to look away from myself. I cried and cried. I let everyone in at once, called every friend I had, kissed every man who wanted a kiss. Then pushed them all away again, afraid of myself, desperate to feel the pain I deserved.

I watched “The Twilight Zone” with my family on New Years Eve. I made two resolutions: to take shorter showers and to find myself again. I spent January playing in the snow, building forts with my cousins, skiing and hiking with my brother and sister-in-law, allowing nature to reassure me of my place in this world. I wanted to be Emerson’s roses, who are “what they are,” who “exist with God to-day. There is no time to them. There is simply the rose; it is perfect in every moment of its existence. Before a leaf-bud has burst, its whole life acts; in the full-blown flower there is no more; in the leafless root there is no less. Its nature is satisfied, and it satisfies nature, in all moments alike.”

I spent January trying to love again. I thought maybe it was impossible to love. I thought maybe I was broken. I tried not to think that I’d been broken the whole time, and that my brokenness had made my love die.

In February I remembered Emerson’s roses and breathed deeply. I fulfilled the duty of existence through breath alone. In February I stopped trying to love. I let myself laugh instead. I let myself feel good, feel whole; feel right instead of wrong. I let someone hug me and kiss me and I let myself believe when he told me that it wasn’t my fault. I let myself believe when he told me that I was a good person, I was the best person. He told me I didn’t hurt people and I believed him. He told me I was a smile on two legs. I was laughter in a bottle. I wasn’t broken. I didn’t break people. I believed him.

In March my childhood friend died. I mourned him with all of the people dearest to me in the world. He had been one of Emerson’s roses, beautiful in life, content to exist in this world and marvel at its beauty. In March I went to Yosemite to see Muir’s cathedrals and I took deep breaths. I was just one rose in Yosemite Valley.

In April I became mischievous. My eyes twinkled in delight. In April I trusted myself sometimes. Against my own best intentions, I loved again. I let only certain people in and I tried not to push them away when I was frightened.

I woke up this morning and it was May. Spring had finally arrived. I awoke thinking of this column, I thought of my quixotic, whimsical “Wonderland,” and marveled at its sudden return. I woke up next to the person who’d carefully put me back together, who’d helped me inspect my soul. I awoke without any words for you, readers, because he’s eaten up all of my words and replaced every last one with laughter.