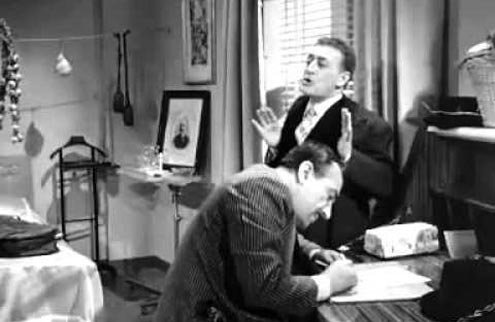 The spoken and written are different animals.
I

t used to be the scariest thing I ever had to do in a foreign language: making a phone call. Before picking up the phone, I would memorize the words I wanted to say and repeat them to myself five times. As I dialed, my heart beat as quickly as it did when I was 13 years old working up the nerve to call a boy I liked. Would they understand me? Would I understand them?

I always feared the person on the other end would sit in silence before simply saying, “Non ho capito,” and hang up on me.

Fortunately, that never happened, and somehow I managed to arrange to buy a car, find an apartment and even arrange customs paperwork via the phone using my limited Italian skills.

A year later, I thought my phone call panic attacks were through. Until this week, that is, when I encountered my first Italian customer service robot.

I was calling the airline Alitalia to confirm my flight after reading on Twitter that there was a possible nationwide airline strike the day I was supposed to travel. The company’s website didn’t say anything about it — but that doesn’t necessarily mean anything, or so I’ve learned in Italy. Best to confirm in person or by phone.

So I dialed, listened to the initial phone menu, and pushed the number associated with already-booked flights. I had a whole plan in place for when someone would answer the phone. I’d say, “Buonasera. C’e’ uno sciopero degli aerei venerdi?” — my rough approximation of “Good evening. Is there an airline strike Friday?” and they’d say, “Si,” or “No.” And I’d go from there.

But that didn’t happen. Instead, I got a message that said in rapid Italian, “Do you remember you flight number?”

Um… wait. I’m supposed to talk to this machine? I can’t get these voice recognition machines in America to understand what I say when I speak English, my native language. Now I have to make one understand my heavily accented Italian? I flashed back to frustrated minutes trying to make my American bank’s autobot understand my account number when I spoke it over the phone. I always ended up just pushing “zero” for an operator. Would zero even get me to an operator in Italy?

“Si,” I said to the Italian machine, glad that I had thought to have the Alitalia flight number handy. But when the machine asked for it, I suddenly I became stumped.

How am I supposed to say a flight number in Italian? I wondered, looking blankly at the number 1268. Should I say in Italian, “one-thousand, two-hundred-sixty-eight?” Or “twelve sixty-eight?” Or maybe, “one-two-six-eight?” And, even if I chose the right one, would it understand me?

Feeling that old feeling of phone panic creep up again, I quickly made a decision, unsure how much time the Italian machine would give me before hanging up. “Dodici sessantotto,” I said, choosing to go with “twelve sixty-eight.”

Success! It didn’t spit my answer back at me or say, “I’m sorry, I didn’t understand,” as I have heard so often from phone robots. It instead moved on to the next question: the date of travel. “Tredici gennaio,” I said, thankfully remembering to say the date in the Italian format (13 January, instead of “January 13.”)

I breezed easily through the next series of questions: city of departure, arrival city, time of departure. Easy stuff. And it told me my flight was set to depart on time. Perfect.

I hung up, elated that an automated machine had been able to understand my Italian without a single moment of confusion. Either my Italian is pretty universally intelligible, or Alitalia’s voice recognition program deserves an international award.

Then I realized that I still wasn’t sure if there was a strike Friday. Sure, it said my flight was on time – but what I really wanted was a person to tell me directly, “No, there is no strike.” Despite my lingual success with the automated phone machine, I hadn’t actually gotten the reassurance I needed. And, living among Italian friends who remain wary even of ordering books on the Internet, I also have learned to trust a live person before I trust technology.

So I called again, and picked a different number that I thought might get me a real person.

“Buonasera,” a man answered, rattling off his name and his affiliation with the airline so quickly I could hardly catch either. “Buonasera,” I said, and quickly asked my rehearsed question: “C’e’ uno sciopero degli aerei venerdi?”

“Uno sciopero?” he repeated. He took a moment to check. “No,” he said after a few seconds.

Doing that in the first place would have saved me about five minutes of robotic conversation; but it also would have deprived me of the ego boost of successfully communicating with the Italian-speaking machine.

Still, some things don’t change. Whether in Italia or America and whether dealing with working robots or malfunctioning ones, I still want to talk to a real person.

In America, that sometimes makes me feel old-fashioned.

In Italy, that makes me normal.