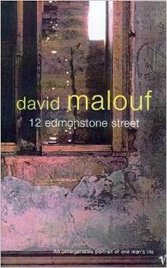 David Malouf always writes purposefully: No detail is treated casually; nothing goes unobserved. Even a doorknob has stories to tell. This trim but rich collection of nonfiction from1985 speaks of three places — the Brisbane of Malouf’s youth, the Tuscan countryside, and India visited briefly. It is the youth section that bears the book’s name. Malouf grew up in interwar Australia, son a London mother and Lebanese Christian father. His remembrances are a room-by-room prowl through his 1930s Edmonstone Street home, examining the alchemy of parents, relatives, furniture, totems and taboos — all of them salted with a boy’s mysterious sense of women. A house, he writes, “is a field of dense affinities,” and Malouf revels in that density, enthralled by smells, sounds and proclivities: “We are drawn back magically, magnetically, to our own sticky fingerprints.” Life rife with human odors and body hair, of female corsets, “the age before penicillin…” can be parsed but not fully made sense of, since its hieroglyphs are unrelated to the language of the culture to follow. He treasures giving shape to his intimate pre-history. “Memory is deeper than we are,” and his archeological dig covers a time before bathrooms became “secular shrines,” when women were “not the product of aesethetic fantasy but of physical hard work.”

His late 1970s Italian time unwinds similarly, among Tuscan octogenarians, for whom luxury is nonexistent, even aberrant (“A luxury is an ordinary commodity available at the wrong time and the wrong place.”)

Finally, he’s in early 1980s India — “immemorial, endless, indestructible” — but to get there he must first overcome “fear of a phenomenon so dense and so plural that it might, in its teeming inclusiveness, swamp the soul and destroy our certainty that the world is there to be read but is also readable.” And there’s that word again: dense. Malouf makes sentences that honor the ambition of human density, burrowing fearlessly and lucidly into the complicated, as high an honor as any fine writer can receive.