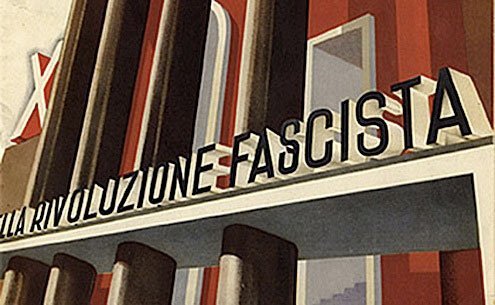 Frank-turned-Percy is a kind of journalistic handyman: there are stretches in Germany and Italy...
U

nwise, I know, to lose track of your father’s wives. His birthday — 108 is the total — puts your mother into mummified jeopardy. People wince. That’s a fat number. You watch the math explode in their face.

It’s early 1915 and she’s a vampy White Russian from Brooklyn, a Flatbush Avenue Menshevik. He meets her at 16, lies to marry her a year later. He likes cocaine, acts in early Eugene O’Neill plays (look it up), and dreams of foreign adventure. War-torn Europe can’t get enough of current events.

Helen doesn’t dream. She wants back in; to Russia, that is.

In 1918 he drops out of Columbia (at her urging) and they hop a steamer for France. The idea is to get to Moscow through Paris. She succeeds; he doesn’t. The Russian embassy denies him a visa. The revolution leaves him behind, so does Helen (probably for the best, since along the line they’d lost sex, their one good knack.)

What happens to Helen? Not a clue.

A few rumors, yes. One says she stays in Soviet Russia until the hard-liners turn hard core (1920, maybe), then flees. But where’s home? Brooklyn? Chicago? She ran out of witnesses decades ago.

But the marriage is declared null and void. He produces a birth certificate showing him as under-aged. Helen is nowhere to object.

He meets lithe Faïe in the early 20s, his and the century’s, she and her imperious, chaperon mother. She plays pretty poison to his Napoleonic airs, two dandies in Manhattan. They travel to Paris, the three of them, mother officiating. Later — 1924, I think — they marry.

There’s a Rome period, he with the Associated Press, she bored, haphazard, painting oils from the balcony of their Spanish Steps apartment (if you’re walking up, look right; it’s the second balcony, the long, narrow one with an angled view toward the fountain).

Back in New York (her request), he changes his name. It is 1927. Frank Hyman becomes Percy, an act, I think, of Jewish subtraction. He is briefly foreign editor of the New York Evening Post. She in turn climbs the corporate ladder. Soon she has a job at Macy’s as a buyer, rare for a young woman. Her superiors applaud her good taste.

He envies it, as well as her success. Ill-will simmers.

Four years and a baby boy later, he abandons them both and bolts back to Europe. The details are unsavory (when are they not?) Devoted only to Freudian rationale, he sends her a lunatic laundry list of her psychoanalytic shortcomings. They’re through. It is 1931.

The early 30s are a time of busywork. Frank-turned-Percy is a journalistic handyman: there are stretches in Germany and Italy; in New York. Also a successful stint with CBS Radio (they consider making him head the foreign service but settle instead on a guy named Ed Murrow). He’s disappointed. There are assignments from the Manchester Guardian, the New York Post, also the political science monthly Current History, where he’s identified only as a “writer and correspondent.”

After that, he’s hired by the Hearst-owned International News Service, sent first in Berlin, then Rome, where he’s named bureau chief in 1940.

Giselle, my mother, also appears in Rome that year, a Polish refugee with a shrill mother off a train from Warsaw. War and disease have savaged her family: father, brother, sister gone. He finds her irresistible, but she’s 19. He woos, she refuses.

Twelve months later, Pearl Harbor shuffles the cards. He’s expelled and returns to New York, then Washington, where he joins the Office of War Information. He’s made a colonel (the protocol of uniform) and dispatched to London, where he writes propaganda leaflets and recruits spies. There are, I gather, a handful of affairs, including one with Doris, who will fictionalize him in a later fictional autobiography. (She inscribes her book: “For Percy, who contributed to my ‘education,’ so many years ago, so much that was good — “ and sends him a copy. By the time he gets it, in 1972, he’s dying.)

After the war, he returns to Rome, gets a suite in Albergo Inghilterra, and writes a novel, the first of three. When he’s not there he’s in New York at the St. Moritz, in another suite, overlooking Central Park. A spoiled life maybe, but who knows?

In 1947, Giselle slips back into the picture. She’s no longer 19; he’s eager to impress. Their redrawn lives begin at that moment.

By now, the math should makes better sense.

So yes, my father is officially 108, but he’s not present to celebrate, nor are his wives, buzz-killers the lot of them, buried ages ago in that great foreign century known as the 20th.