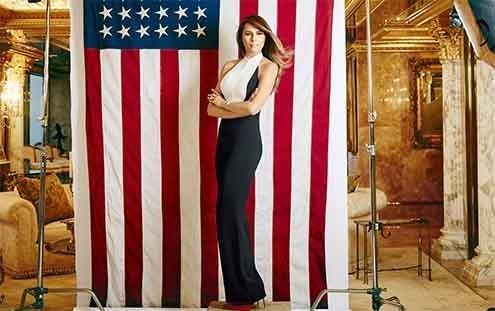 isclaimer: The following are the tea-fueled ravings of a woman who has spent the last 35 evenings home alone watching documentaries about sugar, prison brides and Mr. & Miss beauty pageants.

I was kicked off the campaign trail about a week and a half ago for lack of enthusiasm. In the battle of who wants to be Manciano’s next First Lady, I was found wanting.

Perhaps it’s because I myself cannot vote or perhaps it’s because I spent the entirety of the last campaign debate deleting old photos from my phone. Amidst the furor and public outcry over my actions, I pointed out that other First Ladies-in-waiting have been less observant in theaters of the past. But you know how it goes, if Mrs. Lincoln jumped off a cliff…

In my last political appearance, one of the candidates in my husband’s party approached me and said: “

You know, Giulia, my daughter’s just like you. She doesn’t want me to win either.” Clearly concerned that I, Elisa, didn’t believe him, he hurried off only to return five seconds later with his reluctant teenage daughter in tow. “Tell her, go on, tell her that you want to me to lose.” There was such glee in his eyes at the thought of his own daughter’s distress that I honestly couldn’t blame her.

So I walked off in search of another glass of red wine, muttering all the while. It’s a nasty habit, I know. On evening 10 of my unbroken solitude, I started talking to the television. Ten evenings later, I was wholeheartedly discussing the Eurovision performances with thin air when an Italian nonna popped up on screen in her wood-fired kitchen and began berating an Australian lady in her modern kitchen for daring to use cheddar cheese on her pizza. The plump apron-clad nonna stood between a pasta maker (complete with half finished pasta sheet) and a basil-and-flour-dusted countertop shaking this bag of grated three-Italian-cheese pizza mix. The inherent racism and lazy stereotyping floored me. Why does the nonna always have to be fat, flour-covered and tied to a kitchen without electricity? I know of plenty who wouldn’t be caught dead in a kitchen lest their pastel pink manicure be ruined and their perfectly coiffed wig catch fire!

Ten evenings after Cheese-gate and I can’t seem to stop talking to myself. I figure I’m a couple of unsolved murders and a documentary crew away from becoming Robert Durst. For the record though, I never said I wanted Giulio to lose. My husband combines the innate narcissism and dictatorial tendencies of all good leaders. He also possesses the sense of infallibility and self-confidence that comes from being raised as an Italian woman’s only child.

Whether he becomes mayor has no bearing on my own situation, which will continue to plod along aimlessly and in complete denial of the fact that this is my one and only life. YOLO indeed.

Forgive the nihilism. After all, it’s evening 35 and my dinners-for-one have diminished to dipping raw green beans into week-old coconut milk. The election is still two weeks away and there is a very good chance I will come out the other side completely insane, clutching some dead creature and mumbling “my precious” on repeat.

It sounds ridiculous. There are plenty of people, my mother included, who live perfectly happy lives alone without trying to strike up a friendship with one inanimate object or another. I’m not even a particularly sociable person. For the past decade, I’ve been content to assign my husband the part of companion, work colleague, best friend, family, extended family, roommate, shopping mate, driving instructor, partner-in-crime, sounding board, dinner date and work-out buddy. He wasn’t perfect for the roles, but he made up for everyone else that was thousands of kilometers away. He was such a good stand-in, in fact, that I never stopped to think about what would happen if he suddenly left the stage.

Now I have all the time in the world to stew on my solitude and it’s blatantly obvious that I should have made some local friends or at least invested in a cat. This isn’t news to me, but neither is my town-renowned snobbery or closet disdain for the residents of Manciano. I chose not to make friends, and since this is indeed a bed of my own making, I will be content to talk like there’s somebody listening. Even if that somebody is a bundle of socks I’ve grown fond of referring to as Wilson.