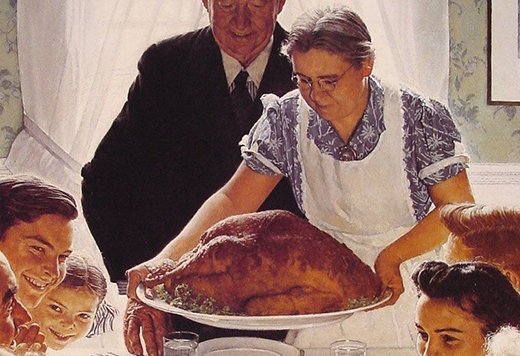 o better understand why so many people in the West end up in lifelong psychotherapy, it’s helpful to consider other models of living. Until about a century ago, most people around the world lived in households where they were supported by a network of human relationships.

When I was in college, I grew weary of hearing professors make unfounded statements about the private lives of dead poets. Wordsworth, someone hinted, may have been engaged in an illicit relationship with his sister. The only basis for this opinion, as far as I could make out, was that Dorothy Wordsworth was unmarried and made her home with her brother. I am no Wordsworth scholar but I believe Dorothy was quite the keen observer, and that some of her brother’s poetry stems, at least in part, from her mind as well as his, and that the pair may have been passionately, dearly, close.

In most of the world, and in this case I refer to the world outside North America, Dorothy’s and William’s relationship would not be considered shocking. After all, what is a single woman to do? If she has any kind of family, it’s only natural that she should be part of their household.

The household is the interior space in which people engage in the greatest human endeavor, to make human beings.

A modern North American Dorothy could of course go out into the world, get a job, and set up house on her own, no brother needed, and that’s all very well and good. But such a choice would have less to do with women’s rights than with an understanding of what it means to be human.

Let us say that we have on our hands a modern young woman called Dorothy (but she doesn’t have to be a woman, she could be a man, Dorotheos) who, for whatever reason, is not cut out to be a self-supporting individual. Maybe she has schizophrenia, or suffers from a chronic illness that has robbed her of her vitality, or maybe she goes to pieces if faced with too much noise and chaos. What is our Dorothy to do in this world? In all likelihood, her parents don’t want her sponging off them. Even if they secretly do want her at home, they might feel they ought not to encourage it because she must learn to stand on her own two feet. And if she does move in with them, they might feel that the only way to make the arrangement acceptable is for the daughter to pay rent. And it will not be just her parents who think she’s taking advantage, Dorothy too will believe that she is a leech, merely a taker.

Is this really the way human relationships work? Is it not possible that Dorothy who makes no money is of service in a thousand other ways? Is money really all she has to give?

We in the West seem to have forgotten that the household is the interior space in which people engage in the greatest human endeavor, to make human beings. In Bangladesh, where I was born, to raise children is to make them manush, human, and it is often said of people who behave badly, kokhono manush hoe ni, “they have never become human.”

This project of becoming human can only take place within the realm of relationships. As for politics, rulers, governments, none of those things should have any other purpose but to make households possible. For only in a household and within relationships can that treasured, private, human life come to fruition.

Though our modern Dorothy may not be able to keep a job, it is possible that she may be of immense value as mother, sister, aunt, or friend. But such a person will not be able to be of any service to anyone if she is forced to venture out as a kind of gladiator in the arena. She does not have the necessary muscle.

If any of us were to become paraplegic, we would instantly discover our innate helplessness.

Without the family structure and without intimate friendships, our Dorothy has no choice but to turn to the friendly neighborhood psychiatrist — something that happens all too often in America. The psychiatrist, the counselor, the psychotherapist, these are sadly perhaps the only people to whom she can go with her troubles. Her weakness will be categorized and so legitimized, and only then will the unmerciful systems of the world accord her any leniency.

Can we really expect such people not to medicate themselves? They have no other option if they are to survive in this brutally competitive world.

Our very idea of work contributes to this intolerance. The people who work in offices, the businessmen, the plumbers, the garbage collectors, they work; the housewife is merely a burden on the system, an unliberated woman. And as for the grown man who cannot work, for him there can be no sympathy; his very manhood is called into question. And yet the unemployed do work, but their work is unseen, unmeasured, and therefore unvalued.

We are taught to hanker after a life that is highly individual, atomized, and solitary, but in truth, independence of this kind is a modern myth. If any of us were to become paraplegic, we would instantly discover our innate helplessness, our reliance on others. To live as though we are not at every moment dependent on others is to live a fantasy, and there is neither happiness nor health down that road.