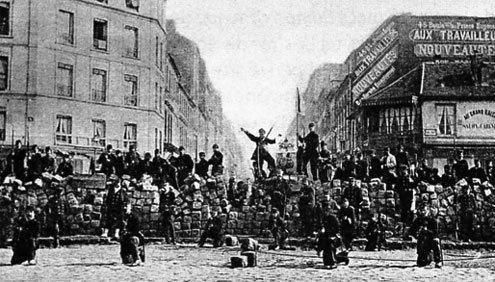 o question the meaning of a tolling bell, the poet John Donne once wrote, is to tempt a requiem. Yet financial analysts can’t resist, and August has left them aghast.

Pessimists warm that bad loans and uncontainable debt are pushing Western economies toward an unraveling as significant as that of communism in 1989. At risk is a postwar system once based immutably on dollars and scrambled a decade ago to include euros. The slippage, say doom merchants, is giving once-subaltern states a chance to become full-fledged economic and strategic grandmasters — China in the forefront, with India and Brazil also in the mix.

Some of the worry is legitimate. Developed states have moved lemming-like toward an abyss of their own making. Lending what you can’t cover makes for murder in the movies.

At the same time, the notion that the East is on the brink of becoming new West is riddled with holes.

China, like India and Brazil, is living out its Industrial Revolution. Cheap labor fuels madcap growth. Worker security is minimal. The union-driven egalitarianism that reined in wildfire production and humanized the European and American workplaces (and ironically slowed down growth) has yet to make a systematic appearance.

China’s full-speed-ahead advance is instead stoked by an invasive state mechanism that puts an ant colony work force through wartime paces, making for a serf-like production line at the behest of economic nationalism. The rich-poor gap in the three new economic players is incomprehensible to the Western mind.

As a result, China, India and Brazil are ripe for social woes. As their small middle classes grow, so does the tension between haves and have-nots. Fringe players, the majority, begin envying the affluent, and blaming the state for the widening gap. China’s limitations on social media have less to do with ensuring Communist Party allegiance than reining the spread such envy and nipping potential labor unrest in the bud.

In a nutshell, the eastern successes have yet to pay a western price of admission. And history suggests the admission price won’t vanish. The surplus behemoths depend on hundreds of millions of state conscripts to keep their economies vibrant. For now, those conscripts are in first-stage heaven, earning real incomes and saving to ensure a better life for their progeny — much in the vein of mid-19th century Europe.

But Europe’s first phase culminated with Paris commune of the 1870s (meet Karl Marx). Labor disenchantment included demands for greater self-government and short-lived reforms saw an end to all-night shifts and introduced pensions. The worker insurgents were soon beaten back and unregulated industry continued unabated, with England doubling the potency of the production line. The baronial middle class that would soon yield moguls took over from governments in the management of labor and money.

The reactive third phase, which began at the turn of the 20th century and continued through two world wars, revived Paris Commune values, saw the birth of leftist governments, and redrew the social order, often violently and inconsistently.

In Europe, war delayed progress between insurgency and emancipation, the second and third phases. But war is impossible the 21st century. Labor insurgencies in Asia and South America will likely arise quickly and pointedly. States seemingly free of the West’s current burdens (the result of affluence and social guarantees) will be soon be required to better respect the workers who are making them powerful, a tumultuous process destined to level or at least redirect growth. Cheap labor states will inevitably come to hate the human cost of their cheapness. It’s not a matter of if, but when.

Western states, meanwhile, will still be staggering through an in-progress fourth phase in which card-trick lending is grounded. The wealthy will hunker down as the costs of affluence take their revenge on the overdraft poor.

Part of that fourth phase may well eventually include a new boom fostered by revived nation-state protectionism (which would put both the European Union and the euro at risk). But whatever struggles the West faces, and they’re considerable, the East faces far riskier challenges, foremost among them brokering an end to a still-flourishing 19th-century.