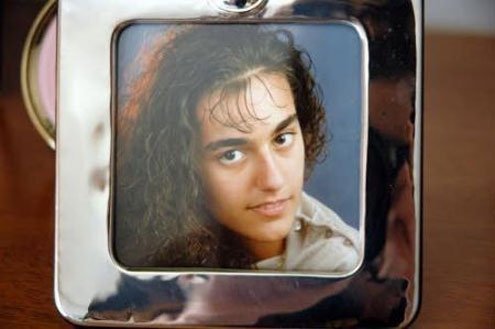 Eluana Englaro, who was allowed to died in 2009, entered a persistent vegetative state after a 1992 car accident.
Y

ou may well remember Terri Schiavo and Eluana Englaro, young women on separate continents who while in persistent vegetative states riveted the attention of the American and Italian public as their personal and painful stories were broadcast to the world. Courts in both Italy and the United States grappled with defining the conditions under which life-sustaining medical measures could be legally terminated.

The Schiavo case was U.S.-based with Florida law applicable. The latter took place on Italian soil under Italian law. The Schiavo case took eight years of litigation while the Englaro case racked up nine. In both cases legal and medical expenses were extraordinary. Despite cultures and different legal systems, the cases converged over individual rights to govern personal medical care and to die with dignity.

American states commonly have specific legislation regarding “Advance Care Directives.” These do not exist in Italy. Should you care? A look at the history of these two cases is instructive.

A Directive is a document typically divided into two sections, a living will and a health care proxy. The “living will” portion contains directives regarding medical treatment if you’re incapacitated while the “health care proxy” portion assigns one or more individuals to act on your behalf to make medical decisions based on your directives. A Directive works during your lifetime, hence the name “living will,” while a last will and testament comes into play upon death (see “State of Death”).

Back to recent history. In 1990, 27-year-old Terri Schiavo collapsed in her home with cardiac and respiratory arrest. Her physicians later diagnosed her to be in a persistent vegetative state with no expectation of recovery.

Florida law provides for the use of a Directive, but Schiavo didn’t have one. Her husband petitioned the Florida court to discontinue artificial life support. The Florida court heard testimony to determine if before her collapse “clear and convincing evidence” — reliable evidence — existed that she would have wanted feeding tubes removed in the event of such a situation.

Witnesses testified to statements allegedly made by Schiavo after she saw her grandmother on life support, after a television program about people on life support, and following a TV movie about a man in a coma. The court granted a petition to discontinue life support based on these statements, considering them to comprise clear and convincing evidence. Five years of appeals and petitions followed before the court’s decision was carried out.

Like Schiavo, 20-year-old Italian Eluana Englaro, was found to be in a persistent vegetative state and irreversible coma after a 1992 car crash. She, too, had no Directive. Her family sought court approval to have doctors remove her feeding tubes on the grounds that artificial feeding was futile medical therapy and that Englaro had manifested her will against such therapy.

In the absence of legislation on the issue, the Italian Court of Cassation, the country’s supreme court, intervened. It held that hydration was “without doubt” medical treatment. It then developed a two-pronged test for the proof necessary to allow for discontinuing medical treatment: 1. Determining that the vegetative state was persistent with no medical basis for recovery and, 2. Showing unequivocally and convincingly that the patient would have been against treatment.

The burden of proof set by the test is extremely high and requires court approval for the discontinuance of feeding, a process that has left the door open to further litigation. Importantly, however, the court’s test requires definitive proof of a person’s wishes.

The ruling inflamed debate even further. Two years after Englaro’s death, parliament is scheduled to vote on a bill stating that Directives are not binding on medical professionals and, more importantly, defining artificial feeding and hydration as sustenance and not medical care. This would deny a patient’s right to refuse a feeding tube.

So what can you do in Italy in the absence of specific legislation governing the legal expression of end-of-life medical care, particularly if you have unequivocal wishes?

American Directives were developed for just these reasons. Had Schiavo executed a Directive, her case might not have even been brought to court. Determining her wishes from random statements made to family members would have been unnecessary. Her written directive would have been evidence enough.

Had Englaro executed a Directive it would likely have undone an Appeals Court’s reasoning that she couldn’t have imagined her state and lacked the maturity to face such issues as life and death. Because of constitutionally-sanctioned rights to refuse medical care, the courts would have looked to the Directive for guidance notwithstanding the ongoing debate regarding medical treatment and artificial feeding. Englaro and her family very likely would not have needed to appeal to the Court of Cassation.

Though there is no legislation on Directives in Italy, the courts’ holdings show that knowing a patient’s wishes is the Holy Grail. The Schiavo and Englaro cases demonstrate that the courts look for direction from patients in adjudicating such matters.

Executing a U.S.-style Directive in Italy or elsewhere permits you to express your wishes clearly. Physicians, courts and family members are more likely honor such clearly written desires. A Directive may not resolve a situation in which the care received is considered basic sustenance, such as the case of Englaro. But in cases where it is evident that what’s being refused is medical treatment the Directive will be welcome. It’s a way to spare your family, physician, and the justice system from protracted court battles.