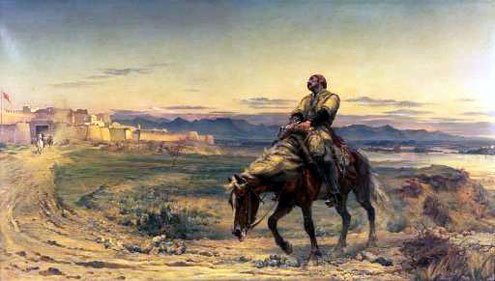 Remnants of an Army, by Elizabeth Butler: The British in retreat, 1842.
F

or most of the 19th century, Afghanistan was a pawn for the British and Russian empires. “The Great Game,” it was called, with diplomatic bluster and military barrages designed to keep Central Asia constantly on edge. The two-century narrative has the characteristics of an underworld feud:

Little in this compressed and subjectively selective chronology bodes particularly well for U.S. strategy, or for Afghanistan. In 1917, T.E. Lawrence drafted pointers to help guide British officials charged with fighting in the Middle East and Ottoman Empire. Point 15 read: “Do not try to do too much with your own hands. Better the Arabs do it tolerably than that you do it perfectly. It is their war, and you are to help them, not to win it for them.”

But if 200 years of Afghan history is any guide, outside help, aside from satisfying the helpers, has so far wrought only havoc.