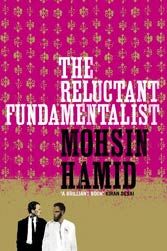 Hamid’s accomplishment is economical and majestic. His narrator is a young Pakistani named Changez who graduates with high honors from Princeton (Hamid’s alma mater) and is handpicked by an elite New York City valuation firm called Underwood Samson. The novel opens with Changez, now 25, back his native Lahore recounting his five-year American saga over dinner to a mysterious (American) stranger, possibly an assassin. At Princeton, he meets and falls in love with Erica, an unstable student fixated on her boyfriend, Chris, who died of cancer.

After 9/11, Erica evolves into a metaphor for trauma, “impermanence and mortality.” Hers is “an illness of the spirit.” Changez is seduced by the big city but still finds Americans “devoid of refinement.” Though a prosperous member of the “officer class” of global business, he grows resentful (“I was earning a lucrative American salary; I was infatuated with an American woman. So why did part of me want to see America harmed?”)

The novel is viscerally political without ever falling into rhetorical traps. Hamid has second-sense for the arithmetic and sensibility of disenchantment. Changez’s reluctant “fundamentalism” is not religious but in the service of Wall Street — the “fundamentals” are those of business. His aversion is never gratuitous. He never oversimplifies. Glad at first to buy into America, he reconsiders poignantly, finally turning away altogether.

Unlike the dozens of post 9/11 novels that allege understanding of cultural alienation, this one actually gets it. It’s a major work in a minor key. If you’re asked to choose between Updike and DeLillo, pick Hamid.