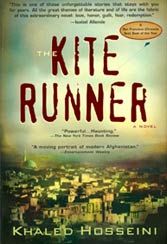 This elegantly written story of two Afghan brothers growing up under the Taliban rule — partly autobiographical — is Khaled Hosseini’s first and much-acclaimed book (he’s an Afghani doctor who lives in exile in San Francisco). The book revolves around the touching and troubled relationship between Amir, the sensitive son of a nobleman, and his slave Hassan, also Amir’s half-brother — which Amir learns only in adulthood. Although a compelling read that’s rich in insight, the book’s second half disappoints, with easily foreshadowed events. Hosseini manages boyhood and coming of age better than the regrets of adulthood. Certainly a must read for anyone wishing to understand what it was like in Afghanistan before and after the Taliban.