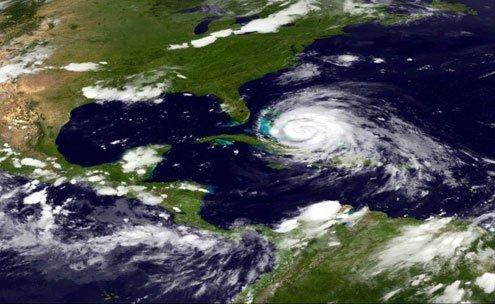 ere is a problem with 21st-century existence: Living life in the rabble-roused moment, from urgency to emergency, lessens the significance of context; but context is what keeps life’s more intense moments from harrowing susceptibility to the anxieties that mass media urgency and emergency sensationally produce.

If ever there were a vicious cycle, this is it. Take earthquakes and hurricanes.

A rare and relatively minor earthquake strikes the anti-depressant dependent American East Coast. It lasts less than a minute — a temblor — and does little significant damage. But volatile responses are instant. Frightened and bewildered people are filmed in city streets. Offices are evacuated en masse. The trauma-in-waiting syndrome, institutionalized by September 11 (and now considered the norm), demands and gets typically wide berth.

Psychiatrists warn of lasting damage to those children who are not told what happened. But many as yet untouched by adult anxieties are in fact amazed and curious. The earth shook, a new event for many. Fright exists and passes, like youth itself.

It is adults who ironically turn infantile. They curry favor with the ominous, which uses endless communication channels to magnify and spread requisite agitation. A small if unusual event is transmogrified into a brush with cataclysm, underscoring an appetite for insecurity. The narrative of risk is as litigious as the society it strikes. No mistakes allowed.

Next up is a powerful hurricane sweeping south-to-north also along the East Coast. On television and in print comes a kind of preventive anxiety, broadcast nonstop for days. The possibility of serious damage is widely advertised, ostensibly to ensure civil defense, the dutiful thing. Less dutiful is the marketing, packaging and peddling of imminent emergency, a collective wake in the event of death (on sale are “Disaster-kit essentials”). Since cult-like Hurricane Katrina belted New Orleans in 2005, big storms have become celebrities and the public their nervously enthralled groupies.

Satellite images of swirls are persistently displayed to emphasize the storm’s potency, abstracts of a hellish windmill. Animated forecasts are spiked with menace. The storm is pre-fraught with requisite bad tidings: People may lose their homes; New York City might be in danger; beware animal lovers: strays could perish. A president appears on television to warm and reassure. The cruelly overused word “historic” resurfaces.

Worst-case scenarios are prefabricated as to make paying attention both necessary and entertaining (just as expression of relief are pre-configured if doom fails to materialize). Context — that this is hurricane season and such storms are possible — is set aside in favor of professionally generated apprehension that fits in better with gossip and panic attacks.

The “pre-fraughting” process is its own kind of hurricane, since it generates evacuations, school closures, canceled flights, and emphasizes the need for retrenchment, rearrangement and retreat, the upside down stiff-upper-lip of the new millennia.

It was TV news that first discovered the collective appeal of mass devastation, either imminent or after the fact. Only in the 1960s did newscasters first begin approaching grief-stricken catastrophe survivors to ask them how they felt, often panning the destruction around them. The practice appalled old school print and TV journalists, who viewed the questions as tasteless, self-serving, and above all emotionally manipulative.

But privacy has since been stripped of most ethical considerations and all that is self-serving prized as clever. Manipulation (called hype) is expected. Borrowing from (and burrowing into) grief is a necessary part of a daily sentimental diet, pornography of on-loan woe. Media channels subsist primarily on churning out highs and lows, on successes and embarrassment. Culture now depends on crisis and is naturally mesmerized by events that promise to actually unsettle and displace.

Since September 11, natural disturbances have also been given a kind of human animus, enemy-like, in hopes of replicating the best-selling opera of terrorism, the latter day Black Death.

Nor will the plague be denied. After the hurricane comes a new disaster movie from Hollywood called “Contagion.” In it, impending cataclysm is mixed with another key 21st century ingredient, vulnerability. In a country struggling to rediscover a purpose outside material wellbeing, the drama of alarm is a common ground with which all can identify, the panic button now in the inviting reach of one and all.