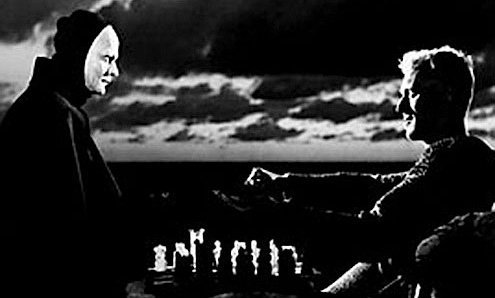 ook at us! Two puddles and a sigh in a Washington summer. Our choirboy soles stick to the chewy asphalt. Ripe little midgets, we sulk. “It’s hot,” we whine. “There’s nothing to do,” we grumble. We’re eight. We sense girls in our future but dwell instead on air conditioners, flight plans, and gimmicks our hearts can’t break. We are expertly clueless about how anything works. Ignorance is our parlor trick.

When I can’t sleep I reminisce.

When I can’t remember I sleep.

When I dream I guess I’m remembering.

But this I know for sure:

We had whole city blocks to ourselves. In mid-August, before Moshe Dayan’s eye-patch, we darted under the arcing fans of sprinkler water. Men we called Mister waved or balled their weathered fists as we jetted across lawns headed for the sure heart of nowhere, to a park called Rosedale among shade-munched squirrels; or, when it got to be 100 — a temperature we knew only as “Wow!” — to the local pool where we almost dabbled in chlorine, raking our palms over the flat-topped water so it skied into the faces of girls named Sally, Betsy, Margaret, Eileen.

They told us to get lost.

“Midgets!” they shrieked, a squeaky tide of voices.

“Your father, who Art in Heaven!” Petie roared back.

But by then we’d hiked our knees, funny joints akimbo.

Petie was an expert in God, whom he told us had befriended Finkle, his pet chameleon. “God is good,” he said. God made his chameleon change colors. This fascinated us.

Petie said God went by the name Lord. The Lord was also a Shepard.

“He shall not want.”

When we asked what God did for taffy since he did not want, Petie changed the subject to Heaven.

Heaven, Petie explained, opened only after dark. It was where your body went to dream. Heaven was also where you slept if you really needed sleep and had nowhere else to go. You did not, for example, get a bloody nose in Heaven. Or if you did you never knew about it because there were nurses and dogs and a kitchen. School was closed in Heaven and girls were not allowed.

As we sat on the ridge counting buses — after playing tag — Jason demanded to know more about Heaven. Were there air conditioners?

“But how do you plug them in?” I’d seen Jason play with the square white buttons of the machine when his father (who was not in Heaven) wasn’t looking. He’d proudly tell us how “high” was different from “low” — “on high the wind turns really weird and blows all over your face and your eyes can freeze!”

Petie thought the matter through before giving a scary answer. There was no wind in Heaven, he said.

“But … then… how do people… breathe?” asked Jason. He spoke in fits.

Petie rolled a smooth stone between his thumb and forefinger and tossed it awkwardly toward the vacant street. It ricocheted off an oak and fell like a wounded bird.

“You don’t breathe in Heaven ‘cuz you’re dead,” he said. Idiot, he added.

Jason started whimpering. “But how do you breathe when you’re dead?”

Death, my father had told me, was a time of life when thinking, feeling, and being all grew quiet. I imagined a dark room. I installed a night light for protection. I spoke to my bear — called “Early” — in a murmured language known as “Neer.”

But Jason had no such language, no safe light or kind bear. Petie’s windless Heaven bewildered him. He now sobbed.

So look at us!

“Remember to breathe,” I’d remind him.

I’d then poke at the three beige buttons on the air conditioner — low, medium, high — and put my tiny hand over plastic vents, watching the up-and-down yawn of the frail lungs, seeking shelter in Heaven’s sheltering airflow.

I’d beg the Lord, a friend to all chameleons, for comfort. He was a Shepherd, after all. God is good, I whispered. Death was just my father’s, and Petie’s, mistake. They’d gotten it all wrong.

It couldn’t last. Death couldn’t last. The Good Lord, Art in Heaven: One of them had to know better. A secret corridor. A vent. A trick of the night-light.