The Color of Blood 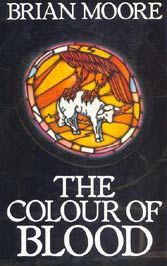 Graham Greene, a Catholic by conversion, stopped short of writing overtly religious thrillers. He played caroms instead. Moore, a fifth-gear Belfast Catholic who adopted Canadian citizenship, has no such qualms.

Set in the Cold War with a fictional version of Karol Wotyla’s Poland squarely in the middle, his novel (short-listed for the Booker Prize) is a jolt. The kidnapping of Moore’s Cardinal Bem dispenses with normal conventions in that it’s not clear who wants Bem silenced: the zealous church or the atheist state. Bem’s personal crisis, how he fathoms the events around him, makes this a devout book. The plot makes it a thumping thriller. The best, then, of church and state. Among the most astute postwar Catholic writers, Moore died in 1999.