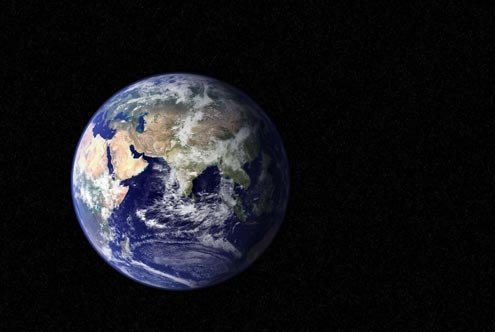 The world at app-tips.
I

have a friend and a frequent business traveler who goes by the nickname the App King. He divides travel into three phases: pre-, en-route and at destination. He claims that each phase runs smoothest by employing a bevy of indispensable apps.

He uses Hipmunk, Tripit, Flightview, Worldclock, Weather+, Tripadvisor and Google Earth before the plane takes off. Hipmunk searches for flights; Tripit constructs a trip itinerary based on e-ticket and hotel reservations; Worldclock tallies time zones, especially useful when making stops or layovers in several of them.

Phase two of travel requires Worldclock, Tripit, Email app, Boingo, Zinio and Instapaper. Tripit at this stage serves as the old-fashioned boarding pass, or as the App King says, “No paper baby!” Except in the U.S., where Homeland Security agents dive for cover when presented with a phone or iPad instead of the standard printed paper. Boingo connects the App King to an hour of (paid) wifi when none is available; Zinio and Instapaper provide endless reading material during long flights.

Once the App King arrives at his destination there are still more apps. These help cut down work travel stress: Dropbox for documents, Early Edition 2 for news, Places app for locating atms or restaurants, Email, Video and Skype. As for basic travel survival, Skype, Places app, Tripit, Worldclock and Dropbox top the App King’s list.

The App King prides himself in an efficiency vastly increased by apps. They make his motion more succinct. Apps save him time better spent enjoying the country visited. The App King, who has limited free time on trips, enjoys this so much that’s he is unable to remember what travel was like before.

I live by the Coliseum where tourists are integrated in the scenery. Unlike the App King, many middle-aged couples carry guidebooks the size of small encyclopedias. That’s justified in Italy where technological slag is more common than a wifi hotspot. But I’ve noticed more tourists waving around an iPad to take photos or to navigate out of labyrinthine streets.

A few Rome-specific travel apps are Drinking Water, which helps you find the nearest nasone (or water fountain), and the Roman Emperors Pocket Book, which matches monument to the Emperor who built it.

Ten years ago I set out with a backpack, a one-way ticket and the desire for an endless adventure. I carried a thick guidebook that was helpful when I disembarked in an unknown city: its simple maps and lists of hostels saved me on several occasions. But the guidebook was heavy, not something I brought for a walk around town.

Sometimes when I went wandering, a new city swallowed me up. I spent lots of lulled hours in train stations waiting for a departure. I often had to ask fellow travelers or locals for help. I communicated very rarely with family back home, often receiving a message: Are you still alive?

What shape would my journey have taken if I had an app filled device in my bag? For one thing, my parents would have been relieved to know I could be reached whenever there was wifi. I would have saved the hours I spent sitting in train stations or wandering around lost; saved some frustration that accompanied the bitter helplessness of unpredictable situations; saved some bafflement and misunderstandings. Apps would have been a companion on lonely nights; I could have forgotten myself in their bright, quick charms.

But would I have wanted any of those challenges erased? No. Could I imagine any future journey without Skype or Google Maps? Certainly not.

The question often raised by technology is whether new advantages compensate for things left behind. When time is saved the answer is yes. But beyond the increasing speed against which we measure our daily lives, there’s a snail-paced deliberation that defines part of our existence as a series of obstacles over which we pass. Their overcoming is called learning. Before maps there was the star Polaris and the other cardinal directions. A lot of thought went into determining, “Where am I now?” Now we touch a screen and an answer appears, no learning or thought required.

As technology spurs time on, we must adjust accordingly or be left behind, and apps, I admit, are one way of reasoning with the rate of our times. But Polaris remains.

— The apps listed above can be downloaded onto iOS devices for free or for a small charge at the Apple iTunes store. Some apps charge an in-app fee, such as Skype and Boingo.